Did You Know?
Despite its tone of white racial and cultural superiority, two former US presidents Woodrow Wilson and Theodore Roosevelt supported the melting pot theory.
One often gets to hear the term 'American culture' being thrown around in political discussions. As simple as it may sound, this term is one of the most disputed points in the country's history, having even influenced immigration policies in the past. While the radical right believes that American culture is constant and immigrants must adapt to it, others believe that things should go the other way round. The manner in which a society evolves depends on the approach taken by its government and civil society, regarding foreign cultures. The following comparison lays out the differences between cultural pluralism and melting pot, and elaborates on which one is appropriate for a diverse society.
What Do They Mean?
Cultural pluralism believes that all ethnic and national minorities deserve the freedom to follow their own cultures within a dominant society, while, at the same time, contributing to society as a whole. Basically, this means that different cultures should peacefully coexist with each other.

The melting pot theory advocates a blending of all cultures to form a resultant, homogeneous culture, which is unique and different from all the original cultures.
Analogy
Cultural pluralism is often compared to a bowl of salad or a mosaic. Just like a bowl of salad is not homogeneous, and each of its ingredients retains its character despite contributing to the overall flavor, a pluralistic society shows the contribution of different cultures, which maintain their individuality.
A melting pot, like its name suggests, is compared to a metallurgical melting pot or boiling stew. Just as meat and vegetables completely lose their identity after boiling, and form a new substance called a stew, and different metals mix together in a melting pot to form a completely new alloy, the melting pot model forms a unique society from the mixture of all cultures, but is similar to none.
Subordination of Cultures

Cultural pluralism takes place in the context of a region or society having one dominant culture, along with other ethnic and national minorities. Despite this, both, the majority and minority groups retain their individuality without transgressing on each other.

While the melting pot model supports the formation of a unique society, in reality, such blends usually show the dominant group subordinating other cultures because of its prevalence in the region.

Principle Behind Each Model

Cultural pluralism is based on the principle that, one, each individual belongs to an ethnic group which is not easy to give up, and two, such differences should be respected because they contribute to a varied society.

The melting pot theory basically believes that a homogeneous culture is vital for a healthy society, and any differences between cultures should be minimized for their peaceful integration into the mainstream.

Cultural pluralism in USA saw its rise in 1915, when the American Jewish thinker Horace Kallen criticized the melting pot model in a magazine article, saying that it struck at the heart of American democracy. He believed that differences between cultures strengthened the country, rather than weaken it. Moreover, he said that no culture was either inferior or superior, pointing at the distinct lifestyles of the German and Scandinavian immigrants, as a failure of the melting pot model to produce a homogenized American society.

The melting pot model was in use right since the early years of the United States. By the end of the Civil War, the country's population was predominantly of North European White-Anglo-Saxon-Protestant (WASP) ethnicity, and this period saw an increasing influx of East Europeans, Italians, Irish, and Asians. Beginning in this period, and right till the mid-20th century, the entire educational, political, and even the media establishment sought to Americanize these immigrants, who were seen as a threat to American culture, and were taught to give up their cultures and adopt that of the majority WASP. Moreover, African-Americans and Native Indians were considered too inferior even to be a part of this melting pot. Despite the long history of this policy, the term 'Melting Pot' was devised only in the year 1908, by Jewish writer Israel Zangwill.

The model of cultural pluralism has been quite successful in USA, because it allows every ethnic group to take pride in the values, beliefs, language, and food styles of their own culture, without being judged as inferior. Despite being culturally distinct, they can integrate structurally into society by becoming a part of its economic and political mechanisms.

The melting pot model could not deliver what it promised in the country, as, despite the promise of a 'unique blend' of all cultures, minorities realized that they were being forced to adopt the dominant culture at the cost of their own, so they ended up forming 'enclaves' (such as Little Haiti in Miami), to live life by their own customs. Thus, the objective of integration was not achieved.

Cultural pluralism is regarded as an ideal model for society in modernized countries today which draw a huge number of immigrants from different racial, ethnic, national, and religious groups.

Despite being promoted in the past, the melting pot theory is widely criticized today for its notions of racial and cultural bias.

The United States is sometimes called a 'melting pot' of cultures, and, on other occasions, a 'pluralistic' society. Whatever be the pros and cons of both these models, it is widely believed that both have played a role in shaping the country's modern society.
Share This 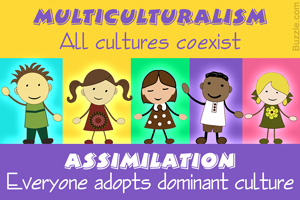 Advantages and Disadvantages of Multiculturalism with Examples 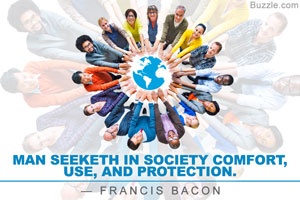 Why is Society Important? 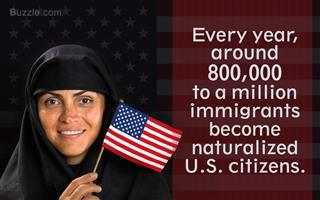 Pros and Cons of Immigration 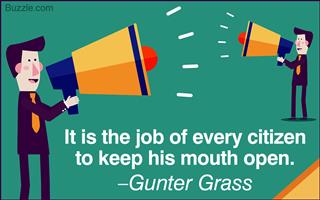 Responsibilities of a Citizen 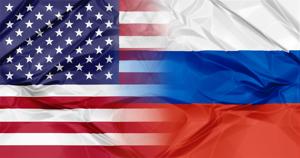 Pros and Cons of Dual Citizenship