An ethical dilemma is a conflict of moral principles, occurring when a person faces certain situations, where adhering to one particular principle might result in the violation of the other.

An inherent commitment to ethical principles, whether learned or ingrained through thousands of years of philosophical evolution, is the thread that holds the fabric of society together. The German philosopher, Immanuel Kant, was of the opinion that if there were no ethical constraints against lying, we would never have any meaningful communication. There would be no facts, data or truths to rely on. Ethics are like a framework of moral safeguards that keep human behavior in check, we comply with certain limits society imposes upon us, like a premium for its membership. An ethical dilemma is when these moral principles clash and leave us pondering about the best course of action.

One type of ethical dilemma was raised by the film Minority Report, where law enforcement is shown using a radical new technology that predicts murders before they happen, and criminals are put behind bars long before they can even conceive the idea of a crime. In a society like ours, one which pretends, from time to time, to be guided by moral imperatives, the accused is considered innocent until proven otherwise by competent authorities. The dilemma then, is apparent, would we use such a system, even if it guaranteed a 100% success rate? Would it be an ethical and just system? The concept of an ethical dilemma can be further postulated by examples, some that are termed thought experiments, others which come under the purview of game theory (which deals with dilemmas in a major way), socioeconomic issues and one even as bizarre as cannibalism on the high seas.

A classic example of an ethical dilemma is the Trolley Problem, first put forth by the British philosopher Phillipa Foot in 1967. As stated earlier in this article, the trolley problem is not particularly hard to understand.

A runaway trolley can be steered only onto two narrow tracks, the first has a lone worker and the second has five, none have a chance of survival if you, the helmsman, decide to go down their respective tracks. What would you do? Here the question of ethics arises, were you to save the five men and mow down the loner, you would still be responsible for taking a life, an action which would shred the moral principle of thou shalt not kill, to bits. However, will you save the lone worker at the cost of his five mates? Men who may have families depending on them, while the one man could just be a mean drunk. Most people who are asked to comment on this dilemma invariably choose to sacrifice the lone ranger, going by the argument of the greater good. Yet, it is interesting to note how decisions can be affected when self-interest is factored into the problem. Here are a few takes on the trolley dilemma.

A variation on the trolley problem was given by the American philosopher Judith Jarvis Thomson. Consider the trolley hurtling towards the five doomed men, now imagine yourself standing on a bridge under which the trolley shall pass and an extremely fat man standing beside you. The only way to save the lives of those brave railroad workers is to shove the fat person onto the train tracks, killing him, and using his bulk to stop the trolley. Will you take such a step?
Here there is a clear intention to cause harm to an innocent person, not the mere switching of tracks to deflect mortal peril from many to one. This leads to a dilemma where people who would have switched tracks, were it up to them, will not push someone over the edge, although the results of these actions remain the same.

➣ The Fat Villain, Anyone?

If the fat man in the above scenario is replaced by one who caused the trolley to go haywire in the first-place, with an intention to harm simple hard-working folk, would you then be considerate enough to topple him over? The answer, I'm sure, will be in the affirmative. Ethical dilemmas only apply when our moral code is in question. Once guilt is established, there remains no cause célèbre, to prevent the delivery of justice, so to speak.

➣ Not My Mother!

Returning to the original scenario, consider the trolley once again careening toward the men on its path of doom. The only way to save their lives is to run it down another track, one which has been recently vacated by the lone man and is now occupied by none other than your mom...Will the cause of greater good, triumph over the scope of personal tragedy you will experience, as a result of your actions? On the other hand, they are strangers, she is your mother. The answer is pretty straightforward.

Delving into the realms of game theory, we come across one of its classic cases, a dilemma which also has ethical dimensions to it. Formulated by Merrill Flood and Melvin Dresher, at the RAND Corporation in 1950, the prisoner's dilemma is a game that pits two individuals against each other, testing their ethical limits by setting certain conditions, and finding that they usually do not work toward their best interests, despite having the opportunity to do so. The dilemma can be explained in the following manner:

The police are holding two members of a crime syndicate. The prisoners are not allowed to communicate with one another and are isolated from any outside influence. However, the police do not have enough on them to clinch a major conviction, they can only charge them for up to a year in prison on individual counts. Like a scene straight out of a Hollywood mafia flick, the cops offer each prisoner a chance to rat-out his partner, the rat goes free and his partner gets three years in jail, however, if they testify against one another, they both go to jail for 2 years each. The question here is as much a practical one as it is ethical. Do the prisoners remain silent, and go to prison for a year, or betray one another and do time for two years. Yet, if one remains silent, while the other testifies, he gets his freedom. With most human self-interest problems, this one too brings out the best in us. More often than not, the prisoners acting as rational men, will betray one another, as the rewards for betrayal are greater than that for co-operation. They betray each other for two years in prison, rather than risk going to it for three, although had they co-operated they would both be out in a year.

Real-life parallels can be seen in the defection of several Italian-American mafia figures, implicated in criminal activities, who chose to break the sacred code of silence (Omertà), when promised reduced sentences and leniency in prosecution.

Judith Jarvis Thompson came up with another gem of a thought experiment, an ethical dilemma if there ever was one. In this dilemma, you are asked to consider the ethical repercussions of waking up one morning in a hospital bed, connected to another man, a world-famous violinist, whose life is in danger, and his connection to you is what is keeping him alive. The connection needs to be maintained, uninterrupted, for a period of 9 months for the violinist to fully recover, and you must decide if the life of the violinist is more important or your own personal freedom.

The Plank of Carneades

Carneades was an ancient Roman philosopher who is known today for being a famous Academic skeptic. He argued against many established philosophical doctrines during his lifetime, and is the author of the ethical dilemma named after him.

The Plank of Carneades is a thought experiment which debates the question of murder in self-defense. Two sailors Tom and Jerry are wrecked on the high seas, their ship having gone down, they spot a lone drifting plank which may save their lives. It can, however, support a single individual and once Jerry reaches it before Tom, he pushes the other into the water, drowning him. Having fought off sharks for days, Jerry is finally rescued by a passing vessel and brought back home. The question is, can he be tried for the murder of Tom, if what he did was in self-defense and to preserve his own life?

If you thought that the Plank of Carneades was an interesting dilemma best left to the philosophers, this real-life trial of cannibalistic sailors will give you some food for thought.

The R v Dudley and Stephens case is arguably one of the most famous in modern times, establishing an important precedent for future cases, that necessity is no defense against a charge of murder. In 1884 captain Tom Dudley was in charge of a ship, a yacht called Mignonette, which he was sailing to Australia. With him were three others, Edwin Stephens, Edmund Brooks, and 17-year-old Richard Parker, who served as the cabin boy. The journey from Southampton to Sydney was a long and dangerous one, and the worst fears of the crew were realized when the Mignonette was shipwrecked in a gale, somewhere the near the Cape of Good Hope. Drifting on the high seas in a lifeboat, without a scratch of land in sight, the crew were soon reduced to drinking their own urine. With no freshwater, Richard Parker began drinking sea-water and was soon sick. Ravaged by hunger and the lack of water, captain Dudley decided to draw lots, in accordance with a Custom of the Sea, which calls for one man to sacrifice his life, so others can feed on his body and survive. The captain then murdered a comatose Parker and they all fell on him. The survivors were rescued after about 25 days on the high seas and brought back to Cornwall.

The case gained notoriety when the Home Secretary William Harcourt decided to prosecute the men for murder, though they had much public support, even from the family of the murdered man. After many tribulations, the court delivered a verdict of guilty and passed the statutory death sentence, which was reduced to 6 months in prison by Harcourt. The case raised many ethical, moral and legal questions and the comments of the judges mentioned how there was no ethical ground for murder, even if it was necessary for the survival of a larger body of people.

Other Examples of Ethical Dilemmas
These were some ethical dilemmas that force us to consider the moral consequences of our actions, even when the outcome may not be a matter of life and death. The moral obligations we have toward our fellow humans, act as guides to the often murky doings of life, but there are occasions - thankfully seldom - when life strikes back and conspires to create situations, where the fine line between right and wrong is irrevocably blurred and one must make a choice, or be lost forever after.
Share This 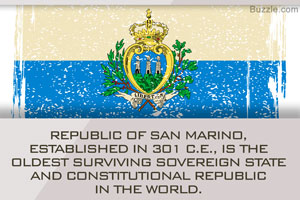 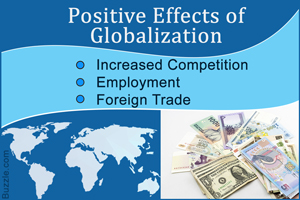