When you place your vote for President, you're really voting for a particular elector who has pledged to vote for that particular candidate (electors are chosen by the state legislature, and can be anyone who does not hold a federal office). When the votes are tallied, the electors with the most votes then place their votes for President and Vice President.
The system was created to balance out the votes of the North and South in 1787. Elections based solely on the popular vote would have basically allowed the North to elect the President and Vice President because, much of the South's population was consisting of slaves, who could not vote. But the advent of the Electoral College allowed states to receive credit for non-voting populations by allocating electors based on total population instead of voting population.
Now that all citizens have the right to vote in this country, there are many people who believe that the President and Vice President should be elected based solely on the popular vote. This argument is based upon several factors:
The Winner Doesn't Always Win
A few times in our nation's history, the Electoral College has elected a president who did not win the popular vote - the most recent being 2000, when George W. Bush was handed the presidency even though more citizens voted for Al Gore.
This happens because of the "winner takes all" system that's used to elect the electors. Each state is allowed the same number of electors as it has federal representatives (total of Senate and House), which is based partly upon total population. But the electors chosen to place their presidential votes are not apportioned according to the final popular vote - instead, the majority rules. So for instance, if the popular vote for a state came out to be 46% Democrat, 52% Republican and 2% independent, the state would send only Republican electors because they held the majority.
Swing State Focus
The "winner takes all" system is also the reason behind the heavy focus on swing states. If a state has traditionally swung Republican, a Democratic candidate is not going to waste valuable campaign time and resources trying to energize the Democratic minority of that state, because the odds of winning over the majority of the state are slim. Instead, candidates concentrate their resources on states that are typically "on the fence" and could go either way. Florida, Ohio and Pennsylvania are typical election-year targets, while the largest states like Texas and California are relatively ignored because of their established voting history.
Decreased Voter Turnout
The Electoral College system has been accused of suppressing voter turnout, as least when compared to a direct election system. Minority-party voters in a non-swing state have little incentive to show up at the polls because the state's majority elects all the electors from that state - in other words, the minority votes don't count. This is also the reason why voting for a third-party candidate feels like throwing away your vote. With a direct election system based entirely on the popular vote, every vote from every party would carry equal weight in every state.
There are also problems with "faithless electors" - those who end up placing their vote for someone other than the candidate they were elected to vote for, or not voting at all. Fortunately, this is rare - but why should so much power rest in a single person's hands? Democracy is about letting every voice be heard, so it's ironic that for all our talk of freedom and equal rights, we don't exercise that particular right when it comes to electing someone to lead us all.
Share This

Steps in the US Presidential Election

What Makes a Good Presidential Candidate 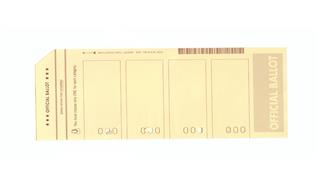 Hanging Chad Controversy in the U.S. Presidential Election of 2000