Home / Uncategorized / 3 Reasons Doing Nothing Can Actually be Productive

It’s important to pursue one’s goals in life. If you only have a limited time on this planet, you should use that time to accomplish something meaningful.

However, focusing so much on productivity can also cause you to forget that there is value in doing nothing from time to time. No, you shouldn’t always be inactive, but there are instances in which not getting caught up in the urge to “do something” may actually be genuinely valuable.

The following points will explain this topic, helping you better understand why being unproductive can often (ironically) be the key to actually being productive.

3 Ways Not Focusing on Productivity Makes You More Productive

Productivity shouldn’t merely involve exerting effort for no reason. You should be trying to accomplish something that’s actually valuable when you’re productive.

Many people do so by turning their creative ideas into realities. People ranging from artists to business owners have managed to change the world for the better by coming up with smart ideas and taking steps to realize their visions.

Unfortunately, if you’re always trying to be active, your brain doesn’t have the mental space to come up with those types of ideas. Research confirms it. Studies indicate that people who set aside time to “do nothing” are actually the types of people most likely to accomplish significant goals. They simply have more time to come up with ideas that lead to valuable actions.

Doing Nothing Helps Us Decide What We Should Do

Again, it’s important to remember that simply being productive isn’t necessarily valuable in and of itself. If you’re consistently working towards the wrong goals, then your efforts haven’t been genuinely productive at all.

That’s another reason not doing anything can be one of the most useful things you can “do” every now and then. People who understand there’s value in being unproductive know it’s crucial to take a closer look at precisely how they’re using their time.

Doing nothing gives them the opportunity to step back and assess their current life situations with a greater sense of perspective than they might normally have, helping them identify what they can do to contribute to the world in a helpful (and, of course, productive) way.

This is a simple point that’s nevertheless worth mentioning because of the practical benefits people experience when they take it to heart.

You need a healthy mind and body to be consistently productive. You can’t achieve long-term goals if you’re too tired to put in the necessary effort.

We’re all human beings. Although some people may have more stamina than others, everyone is capable of burning out if they don’t allow themselves to rest. Taking time to do nothing gives your mind and body a chance to recover after bouts of productivity.

Once again, none of this is meant to suggest that doing nothing is always valuable. There are times when traditional productivity is important. However, you simply need to remember that being productive sometimes requires being unproductive. 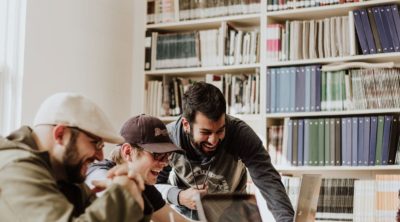