Cell Phones in School – Is it Beneficial or Harmful?

Should cell phones be allowed in school? As this topic is being debated countrywide, we shall take a look at this topic from the point of view of both the teachers and parents in this post.

Home / Uncategorized / Cell Phones in School – Is it Beneficial or Harmful? 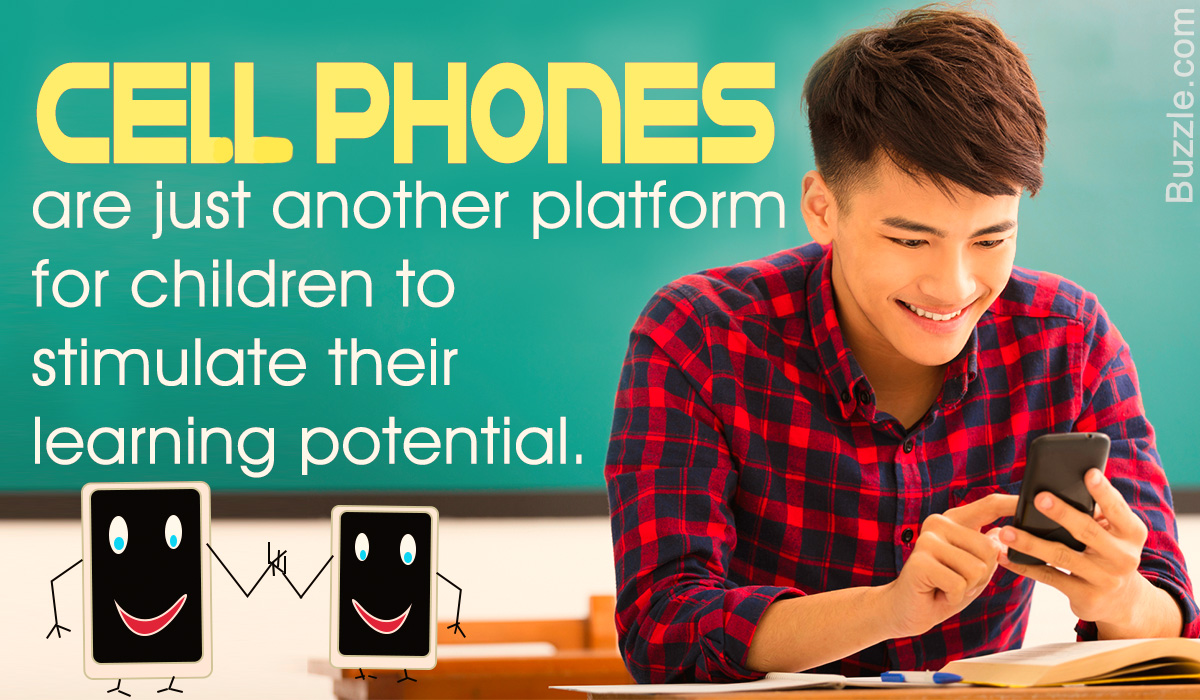 Should cell phones be allowed in school? As this topic is being debated countrywide, we shall take a look at this topic from the point of view of both the teachers and parents in this post.

Water (read cola), food (nothing says breakfast, lunch or dinner than the jumbo size burger), cell phone, and shelter has become latest trend in the hierarchy of basic necessities. Sneak in sex into this list somewhere between water and shelter, too. That’s how the modern man is living his life. Tackling terrorism attacks, coping with economic recession and fighting with multitude of domestic chores has become the standard features of new age living. Sadly, a kid’s supposedly innocent and carefree world is becoming blurred and submerging into the adult’s pathos. One example of this phenomenon of children metamorphosing into adult sooner than they are supposed to be is the vogue of using cell phones while in school. Since this debate is raging nationwide and also across the world, we are here to discuss whether a ban on them in school a viable option at all?

Cell phones have become the latest toys with which kids keep themselves busy when they don’t have any other source of entertainment like video games. Nowadays, the innovative phones with attractive features that are being launched are enough to keep any kid engrossed in them for hours. However, is it fair to put a blanket ban on these vital communicative tools just because one fears that they can be misused. The fact of the matter is that if a thing is denied to someone, it becomes even more desirable. Do school board authorities want to increase the secret phone mania which most students already seem to possess to some extent? Some people argue that children can be given the simpler version of mobile phones which will keep them connected to their parents and moreover, they won’t be exposed to the ill-effects of cell phones like gaming, MMSing, the Internet, digital photos, etc. Though a good idea, there are some people who opine that the students will missed out on valuable teaching tools which are available in cell phones like calculator, dictionary and the Internet etc., if only basic versions of phones are given to them.

A decade ago, a few schools took a stand and banned their students from carrying cell phones and pagers in school premises. This authoritarian decision was taken to curb down the incidents of substance abuse and gang related activities, especially when connection between cell phones and gang activities was found to be evident. After the 9/11 attacks and shootings in schools, many parents and school authorities expressed their fears for the safety of kids and the debate intensified even more.

● In this digital age, it is difficult to keep the children away from fancy gadgets and techno mobile phones even more when the technology has permeated into the education system. Most schools have tried to control the so-called mobile menace in the schools and miserably failed to do so.
● A mobile phone is not seen just as the medium of connectivity, it is much more than that. Basically, it’s an extension of the student’s backpack. It gives them access to their parents or anybody for that matter. They can get a dictionary, calculator and emailing opportunities with just a few clicks.
● If they are such a dangerous things for kids, then what about laptops, iPods or the Internet? Time has proven that every technology has a dark side to it and it is often misused to a disastrous extent only to be worn down by the advantageous effects.
● They are just another platform for the child to stimulate his learning potential. Since our society has reached the verge of being dysfunctional with pedophiles and criminals roaming abound, it’s a wise idea to arm the kids with one thing with which they can seek help in the time of need.
● Social networking is one of their major uses. As a bridge is being developed between different people of different nationalities via variant social networking websites, cell phones savor these friendships and conquer the frontiers of globalism.

● Most teachers find their usage and the constant ringing to announce the arrival of a new text message interrupting and diverting the attention of the class. Students end up messaging each other sitting in the same class, thus amusing themselves and refusing to take in a single word spoken by the teacher.
● As technology is getting sophisticated and complex, the students are devising ingenious ways to cheat in the exams with the help of cell phones.
● Texting has become a mania among the teens and the cases of texting while driving has increased. Moreover, according to a statistics, around 15% of teens claimed that they have received sexually explicit pics of someone they knew through text message.
● Broken household and family problems has torn the fabric of family values in the society, with cell phones contributing their bit as the children do not have time for their parents or siblings. Similarly, it has widened the gap among friends as virtual friendship has gained priority.
● With regards to school safety, they have proved to be a threat. There have been many cases when texts warning a bomb threat were circulated among the students leading to rumors and panic. They are detrimental in spreading rumors and gossips among the kids in school, thus disrupting the school environment.

Each of us have a different opinion about the matters pertaining to the best interests of the kids. School authorities and parents have to come together to find a common ground in this issue. Personally, I think the parents of a child are wise enough to decide whether their child can handle a cell phone without surrendering to its misuses.