The term 'color of law' relates to the use of authority conferred upon public officials as law enforcement agents of the government. Violations of the color of law are punishable under Title 18 of the U.S. Code. This OpinionFront article explains the term, along with a few examples. 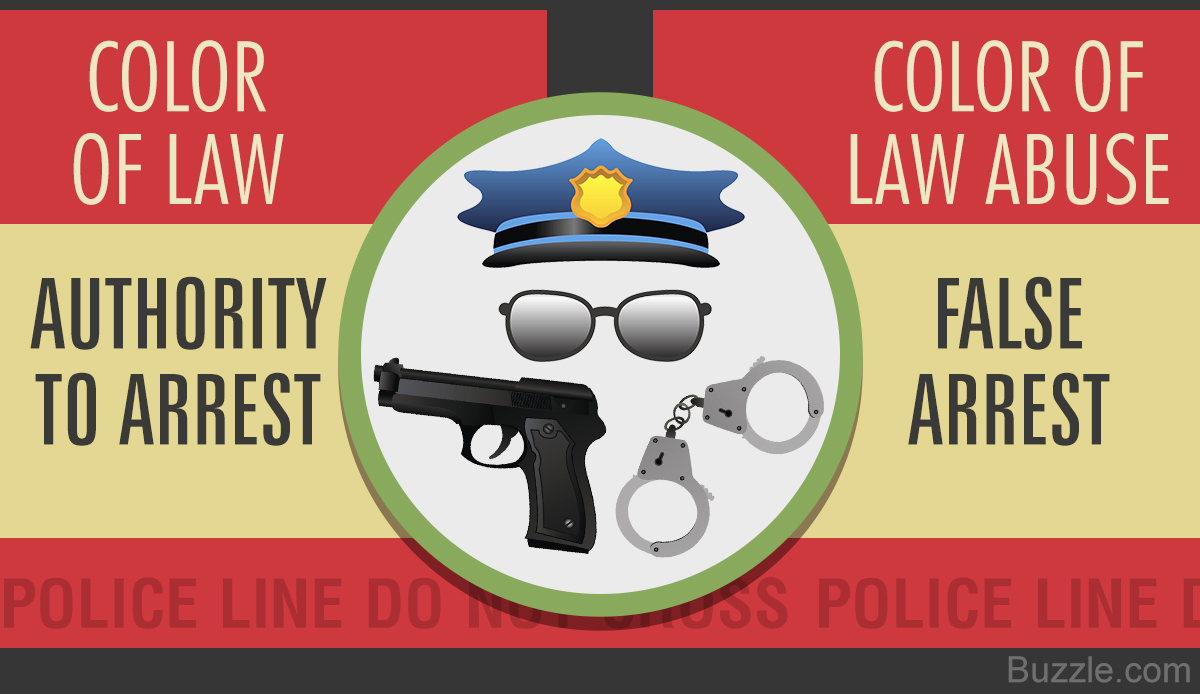 The term ‘color of law’ relates to the use of authority conferred upon public officials as law enforcement agents of the government. Violations of the color of law are punishable under Title 18 of the U.S. Code. This OpinionFront article explains the term, along with a few examples.

In 2012, around 42% of the FBI’s total civil rights caseload included color of law issues.

Looking at the term ‘color of law’ makes us think about its meaning. If one is not a legal expert, or someone who has studied law, it is not even possible to make a guess as to what it means. But before getting down to its meaning, let us try to understand why it exists in first place.

Legislation or law making is the cornerstone of a nation’s successful governance. It gives a framework to and organizes all constitutional ideals and principles. The next important thing is effective implementation of these laws. Public offices have been created for this. The people who serve these crucial offices are thus given ample powers for maintaining a just and lawful society. So, to prevent abuse of this immense power, there have been provisions made to protect and uphold the rights of the citizens of the country.

Meaning of Color of Law

Color of law is the use of authority by a person given to him by a local, state, or federal government. It also means a semblance or mere appearance of a legal right, which actually may not exist.

Firstly, let us understand that the term ‘color of law’ pertains mostly to authorities exercised by public officials, who are entrusted the responsibility of ensuring justice and enforcement of law.

Appearance of a Legal Right
The action of an official, whether within the field of given authority or outside it, may appear to be his legal right. This appearance is ascribed mainly to the official’s position or post. Commoners view all acts by a public official to be legal and just. For example, a police officer can arrest an individual. This is an authority given to the police. However, arrests need to have a valid cause. If the officer arrests or detains an individual willfully, without an appropriate cause, it violates the law. Thus, color of law, here, becomes a mere appearance of a legal right, when it does not exist actually.

As per the Civil Rights Act of 1871, color of law is synonymous with State action. The action of the official is considered to be an action by the government.

Persons acting under the color of law include: police officers, prison guards, other law enforcement officials, judges, care providers in public health facilities, and all others who are acting as public officials. Color of law is synonymous with state action.

Deprivation of Rights Under Color of Law

Section 242, Title 18 of the U.S. Code makes it a crime for a person acting under color of any law to willfully deprive a person of a right or privilege protected by the Constitution or laws of the United States. The acts under the ‘color of law’ for this section, include those done by officials within their lawful authority; and also acts done beyond their authority, if they pretend to have done the acts as a performance of their official duties.

Examples of Violations of Color of Law

Officials have been given certain powers, like making an arrest, stopping and searching with a search warrant, traffic stops, seizure of belongings, etc. However, there are occurrences when they misuse their powers, and cases of ‘color of law’ abuse come up. Most of these cases investigated by the Federal Bureau of Investigation involve crimes of the following nature:

1. False Arrest
According to the Fourth Amendment to the U.S. Constitution, citizens have a right against unreasonable searches and seizures. A law enforcement officer can, due to the authority under color of law, stop individuals, and in certain cases also search them and keep their property. If the official illegally holds onto your property, or detains you unlawfully, it is an abuse of the color of law. This may result in the violation of a person’s civil rights.

An arrests made by fabricating some evidence against someone counts as a false arrest, and also amounts to an abuse of color of law.

2. Excessive Force
Government officials are allowed to use force in certain circumstances. They can use force wherever it is ‘reasonably’ necessary while making arrests, maintaining order, or even as defense. Federal law is violated when it is observed and proven that the force used in a particular situation was excessive or unreasonable. Use of undue force during an arrest or detention is punishable.
3. Sexual Assault
If officials use their positions of authority to force an individual into sexual acts, in jails, during traffic stops, or in similar instances, it violates the color of law. Compliance by the victim in such cases comes out of the fear of the authoritative position of the official.