A Great Comparison Between Direct and Representative Democracy

Home / Uncategorized / A Great Comparison Between Direct and Representative Democracy 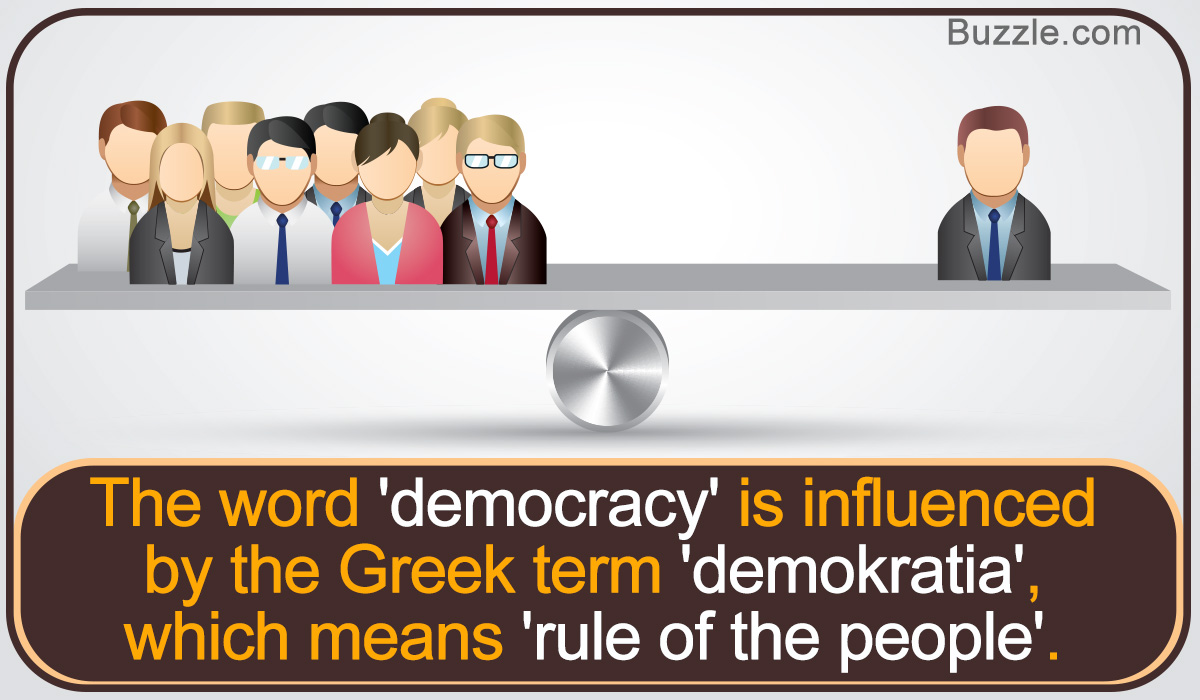 Excluding the petro states and China, the top 25 richest countries in the world are all democracies.

A democracy is a system of government in which citizens are allowed to play the lead role. The word ‘democracy’ is influenced by the Greek term ‘demokratia’, which means ‘rule of the people’. Depending on the type of democracy, citizens may either pass laws themselves, or elect representatives who will do the job for them.

There are many aspects of democratic rule, including equality to all citizens before law, freedom of the press, and civil liberties. With the advent of time, most democracies across the world have evolved to represent the voice of the majority, though with constitutionally-guaranteed rights to the minorities. While the ancient city-sate of Athens is widely recognized as the world’s first democracy, other examples include the Chola Kingdom of ancient Tamil Nadu, Mesopotamia, and Greek Sparta. The difference between the two main types of democracy―direct and representative―have been elaborated on in the following sections.

Direct democracy is a form of government where eligible citizens get together and vote directly among themselves to pass laws which are acceptable to them.

► All citizens have to collect at a certain place for a mass meeting.

► The issue at hand is discussed and debated.

► Each person can then pass one vote.

► The side with the maximum vote (at least one exceeding half) wins.

► Elements of a direct democracy have been included in some modern governments, like Switzerland.

► This includes allowing citizens to put every law passed by their representatives to a general vote, if they wish, subject to acquiring enough signatures from the public.

► Citizens are also allowed to propose any amendment to the constitution of these governments, again, provided they obtain enough signatures from the public.

► The elected member then places the grievances of his electorate in the parliament.

► The representatives vote on behalf of citizens on important issues.

► They also have the power to appoint other elected representatives, such as government officers and the prime minister.

► Some modern representative democracies like the US provide citizens with some benefits of a direct democracy.

► This includes a plebiscite in which citizens can vote on matters of public policy.

► Citizens are also allowed―in rare cases―to recall elected representatives, i.e., to remove them from their office before their term gets over.

▲ A direct democracy is the purest form of democracy, in which people can make decisions for themselves.

▲ This system makes the government more answerable to the people, increasing transparency.

▲ It reduces the dependence of citizens on professional politicians.

▲ It allows citizens to veto laws that they don’t find acceptable.

▲ It leads to a stable government, as the decisions taken reflect the will of the people.

▲ People can give their vote without having to deal with political limitations that elected representatives have to face.

▲ Citizens can vote for what they need, without having to compromise.

▲ This system can restore faith in the government, at a time when politicians are viewed with suspicion.

▲ It brings about a reduction in corruption levels, and increases cooperation among citizens.

▼ People need to come out and vote for every single matter of public policy, which is both, inconvenient and expensive.

▼ A true direct democracy is very hard to establish in a heavily populated country, due to the arrangements required for such a large number of people to get together.

▼ Some citizens may choose not to attend, which makes the process resemble a representative democracy.

▼ Some uneducated citizens may not know what they are voting for, as compared to professional politicians in a representative system who are better equipped to take decisions.

▼ Rather than long-term decisions, people may base their vote on prevailing notions of the time.

▼ A direct democracy will mean that the wish of the majority will prevail on the minority.

▲ The practicality of this system makes it applicable to modern, large societies.

▲ It involves professional politicians who are politically aware and better equipped to create legislation.

▲ As compared to direct democracy, this system takes off the burden of decision-making from the citizens.

▲ The complicated demands of citizen groups can be formulated into the most appropriate and balanced policy by elected representatives.

▲ It makes political dialog and cooperation necessary, which prevents majority tyranny, as compared with a direct democracy.

▼ People need to come out and vote for every single matter of public policy, which is both, inconvenient and expensive.

▼ A true direct democracy is very hard to establish in a heavily populated country, due to the arrangements required for such a large number of people to get together.

▼ Some citizens may choose not to attend, which makes the process resemble a representative democracy.

▼ Some uneducated citizens may not know what they are voting for, as compared to professional politicians in a representative system who are better equipped to take decisions.

▼ Rather than long-term decisions, people may base their vote on prevailing notions of the time.

▼ A direct democracy will mean that the wish of the majority will prevail on the minority.

Ancient Athens
The city-state of Athens in ancient Greece followed the purest form of direct democracy, around 5th century BC, in which people assembled on the slope of hills to make decisions on all policy matters. A general assembly consisting of men, called the ‘boule’, was only allowed to vote; slaves, women, and people born outside Athens had no right to do so. Such males over the age of 18 took decisions, such as declaration of war, citizenship, levying taxes, foreign alliances, and even judged court cases.

Elements of Direct Democracy in USA
In the New England region of USA, during the colonial era, the town was governed by a ‘town meeting’, which comprised every eligible male that owned property. The gathering decided on various issues, such as taxes, town expenditure, appointing officials, and representatives to the colonial assembly. In modern USA, citizens are given the right to decide the fate of a legislation via referendums. They can discuss laws that are yet to be passed, and can even propose constitutional amendments via initiatives. They can also ‘recall’ an elected official from his post before his term expires.

Switzerland
Though Switzerland is technically a representative democracy, it has inculcated some elements of a direct democracy too. All laws passed by the representative assembly can be revoked if the public votes against it. Citizens are allowed to initiate changes in the constitution via a public initiative. In fact, even today, in some districts, assemblies called the ‘Landsgemeinde’ are held, in which people gather in outdoor meetings to pass laws by which the district will be run. This makes Switzerland one of the few countries that is heavily influenced by the principles of direct democracy.

USA
The people of USA elect their representatives, both at the state and federal level, in multiparty elections. This makes it a federal republic. These representatives vote on matters that affect the citizens. They also elect or play a role in electing other government officials, such as judges. The federal government is divided into three branches: the executive, legislative, and the judiciary. At the end of their terms, the elected representatives have to run for reelection.

India
India is also a federal republic just like the US, and is the world’s largest democracy. Citizens elect their representatives in both state and central assemblies, in separate elections. In the rural areas, smaller assemblies called ‘Panchayats’ are elected, which address the grievances of the local community. The Indian President is however only a nominal head as compared to the US President, though he does perform some important duties. The real seat of power is in the executive, called the cabinet, which is headed by the Prime Minister. Moreover, the Prime Minister is appointed by the President from the party which obtains a majority in the central elections.

United Kingdom
The UK is a representative democracy, in which the government consists of just two legislative assemblies, rather than being divided into three branches of the legislative, judiciary, and executive, like the US and Indian governments. These assemblies are the lower House of Commons and the higher House of Lords. The Prime Minister, rather than being the executive branch, is a part of the legislative. He is elected from the party which obtains a majority in the elections.

The number of countries that follow the representative form of democracy is testimonial to its effectiveness. Despite this, there are some instruments of a direct democracy which are beneficial to society and to the political structure as a whole, which is why this system has never completely disappeared.