The Oft-overlooked Adverse Effects of Alcoholism on the Economy

Alcoholism is an illness that can cripple the economy by imposing a huge cost on the health care system - a cost that is paid by the Federal, state, and local government agencies as well as the alcoholic. It also lowers productivity of the work force. 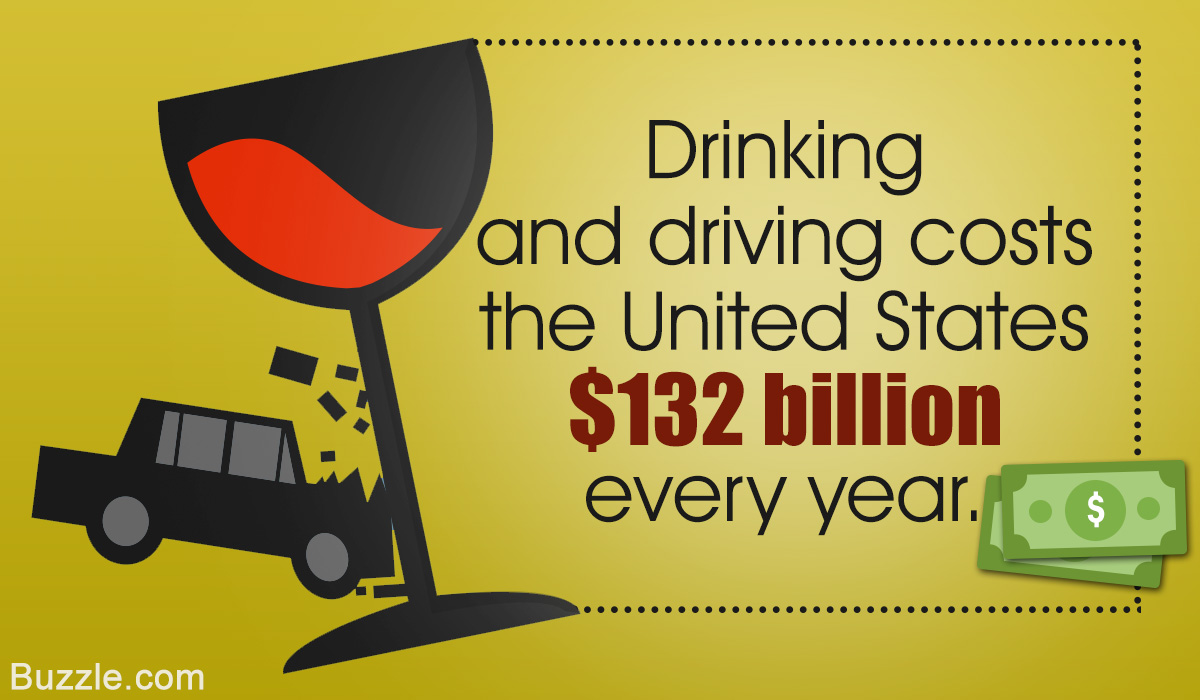 Alcoholism is an illness that can cripple the economy by imposing a huge cost on the health care system – a cost that is paid by the Federal, state, and local government agencies as well as the alcoholic. It also lowers productivity of the work force.

“If the headache would only precede the intoxication, alcoholism would be a virtue.”
~ Samuel Butler

Calling alcoholism a disease might surprise some people, as it is widely considered a bad habit, an addiction, or a moral dereliction. That’s because, it doesn’t exhibit any sign of disease; it doesn’t look like one, or smell like one and it definitely doesn’t seem like one. But the fact is, it has been recognized as a disease that slowly affects a person’s physical health and in turn, also destroys his social life. But what about the economic impact?

The drinks that you knock back are certainly not cheap. Just imagine, if you get a monthly bill from your favorite bar instead of the weekly spending that you end up doing. The gross figure will give some perspective to a few people about their alcohol-related expenditure. Now, suppose you get a yearly bill instead of monthly. Go ahead, try to imagine the significant dent in your savings.

That being said, we present an overview of the impact of alcoholism on the economy as a whole. First, let’s talk numbers.

According to NPR reports, out of the 100 dollars that Americans spend, 1 goes out to the booze.

In 2011, liquor sale registered a 4% hike, particularly in the sale of premium vodka, spirits, and good-old beer.

The amount of money spent on buying drinks has remained the same, in the last thirty years. The money spent on drinking at bars/restaurants has increased by a marginal amount, versus the money spent on liquor from stores. However, this doesn’t mean that people are going out frequently and ordering drinks more often. It shows that wining and dining outside your home has become expensive.

The National Institute on Alcohol Abuse and Alcoholism (NIAAA) reported that in the year 1998, $184.6 billion was the economic cost of alcohol abuse. This number was a stark 25% increase from $148 billion expenditure on alcohol in 1992.

In 2006, the United States had to incur an astonishing $224 billion cost due to alcohol abuse, according to the CDC.

The Staggering Cost of Excessive Drinking

Less often realized, though, is that alcohol abuse is equally worse for the economy, as it is for an individual and his family. According to the Research Society on Alcoholism (RSoA), alcohol and problems related to drinking have a far-reaching effect on Americans. Out of 10, three American adults have had faced problems in life that was a direct result of alcohol abuse.

Alcoholism has been known to have played a part in destroying careers, families, and also unduly affected the health care system. Moreover, it damages the economic vitality.

But before we proceed, let’s discuss who is an alcoholic? A person who is suffering from the disease of alcoholism which makes him/her crave the drink, despite problems like drunk driving, job loss, relationship troubles and health issues, can be bracketed into the category of alcoholics. The person develops a physical dependence on alcohol that doesn’t allow him to maintain the quality of his life.

According to NESARC data of 2005, about 46 percent of young adults indulged in drinking that exceeded the recommended daily limits and 14.5 percent had an average consumption that exceeded the recommended weekly limits. The National Institute on Alcohol Abuse and Alcoholism claims that almost 14 million people in the USA have dealt with alcoholism. This implies that society as a whole, suffers a whopping cost in terms of health care expenses, traffic accidents, personal tragedies, etc. Moreover, every year, alcohol abuse at workplace gives rise to an astounding cost, between $33 billion to $68 billion annually.

Though people hardly drink at their workplace, this disease makes them miss office and the absenteeism greatly affects productivity of any company. Absenteeism is also prevalent among the family members of alcoholics. People who are dealing with alcohol abuse are more likely to get injured on the job and are more prone to accidents while driving.

Drunk driving has now become a $132 billion problem in the US. This figure includes the cost incurred by the Federal, state and local government bodies, as well as the cost borne by the victims and families.

According to the National Center for Policy Analysis (NCPA), for every 27,000 miles driven by intoxicated drivers, one arrest is made. If a penalty of $8,000 is recovered from them, it will compensate the entire financial cost related to drunk driving.

Another way to assess the cost of alcoholism is to calculate the amount of money spent on recovering from this illness. 50% of all liver-related deaths are caused due to alcohol abuse. Approximately, $45.5 billion is lost every year due to health problems which are a direct result of alcohol abuse, the Centers for Disease Control and Prevention (CDC) reports. Binge drinking accounts for 75% of the total cost of alcoholism.

The Other Side of the Coin

Just like everything else, there is another side to the story. Nobody can deny the connection between hard drinking and hard economy. Contrary to popular belief, whenever economy takes a dip, people instead of saving their pennies, spend more on the booze. Researchers at University of Miami studied the connection between hard drinking and bad economy. They surveyed 43,000 people between 2001 and 2005. Even though this was a period when the economy was on the way to improvement, still the public was reeling from the effect of the previous global economic crisis.

The study concluded that when unemployment goes up by 1%, the number of people tend to indulge in risky drinking or alcohol abuse increases by 17%. This research was a contradiction of the previous studies which mostly stated that people spend according to the income generated. It was believed that a bad economy results in the hiked prices of alcohol, and that discourages the heavy drinkers to spend more on booze. An example, which is most often cited, is the Great Depression. During those times, the consumption of alcohol dropped drastically when the prices went up, and people had little or no money to spend on leisure drinking.

Well, it seems that the trend has changed. We all know that people don’t drink at work. But in bad times, there are fewer people who are at work. The rest could be found struggling to make ends meet or drowning their sorrows in a bar.

The poorer nations have several problems of their own. Add economic problems and alcoholism to that, and you see a poverty trap that refuses to go away. But here’s something that might surprise you. Interestingly, when the economy of an undeveloped country tanks, people scrimp and save. However, during the good times, they celebrate with excessive drinking.

For instance, after the collapse of the Soviet Union, Finland had to face major economic setbacks. A study revealed that, fatalities due to alcohol abuse increased slightly during an upturn in the economy. The whole equation of healthy economy and risky drinking reverses, compared to a developed nation.

When unemployment rises, people do turn to alcohol for psychological comfort, and most likely, they prefer beer’s company as it is slightly cheaper. Beer, after all, is the choice of the working and middle classes. When the economy goes sour, there is a lot of spare time on people’s hands. They gotta do something with it; and mostly, drinking is what they do.

So, the vicious cycle is perpetuated.