Egypt Protests 2011 – Why it Happened and What it Led To

In terms of intensity, the demonstrations which happen to be a part of the ongoing protests in Egypt are considered second only to the 1977 Egyptian Bread Riots. As time elapses, things are getting worse for President Hosni Mubarak―whose resignation is what the protesters seek.

In terms of intensity, the demonstrations which happen to be a part of the ongoing protests in Egypt are considered second only to the 1977 Egyptian Bread Riots. As time elapses, things are getting worse for President Hosni Mubarak―whose resignation is what the protesters seek.

Over the last one week, the streets of Egypt have witnessed large-scale demonstrations and riots, which have resulted in as many as 140 deaths and left more than a thousand people injured. The protests began on January 25, 2011, with scores of people marching to the capital city of Cairo and other major cities, like Alexandria and Suez. As many as 15,000 protesters gathered at the Tahrir Square―a major public square in Downtown Cairo.

The first day of the protests was itself marred by violent clashes, which reportedly resulted in death of a policeman in Cairo, and that of two protesters in Suez. These violent clashes continue even today, a week after they began, with the protesters seemingly getting an edge over the authorities.

The causes for these protests exist in plenty―right from emergency law to large-scale corruption―all of which together have made the protesters demand for the resignation of President Hosni Mubarak. One of the main triggers for this uprising is people’s opposition to the Emergency Law (Law No. 162 of 1958), which gives police more power and takes away the constitutional rights of people for an indefinite period without any concrete reason whatsoever. This law has resulted in thousands of political activists being put in jail without being subjected to proper trial.

The protesters allege that police brutality and torture has reached its peak; so has corruption in the country. The economic condition in the country has gone from bad to worse, with more than 40 percent of the citizens living at a meager income equivalent to US$2 a day.

An Egyptian law scholar and politician, Mohamed ElBaradei―who is being tipped to become the interim President of Egypt―has asked Hosni Mubarak to leave the country. A Nobel Peace Prize winner, ElBaradei is confident that the Egyptian Armed Forces will support the protesters to oust the current regime as the forces have a better reputation with the people.

President Mubarak though, has refused to give in to this demand by the protesters and offered to come to a peaceful solution by resorting to a dialog. He has also promised that he will push for economic, social, and political reforms in the near future. The protesters though, don’t seem to be impressed.

March of the Million

As of now, all the roads and other means of public transport have been closed, while protesters are gearing up for the ‘March of the Million’ scheduled for February 2, 2011. On Monday night, just a day before the march, the spokesperson for Egyptian Armed Forces, Ismail Etman declared that the army hasn’t and will not use force against the public.

After keeping a low profile for about a week, the banned Islamist group, the Muslim Brotherhood, has finally come out in open. The Brotherhood is expected to support ElBaradei against the Mubarak regime. At the same time, Mubarak is also being subjected to international pressure with the Prime Minister of Turkey, Recep Tayyip Erdogan urging him to give in to his people’s ‘desire for change’.

Amidst all this chaos, various national governments of the world have started evacuating their citizens from Egypt. At the same time, the economic condition prevailing in the country has resulted in complete shut down with companies closing down for indefinite period. With news and social networking sites being blocked in Egypt, Internet is being accessed by users through proxy gateways to keep in touch with the current occurrences.

Even as the world continues to witness news about violent protests in Egypt, news channels have also had to face the brunt of this chaos with some journalists alleging that their broadcasting equipment was confiscated by the authorities. As of now, there seems to be no solution in sight, but Mubarak’s resignation is expected to come some time soon. 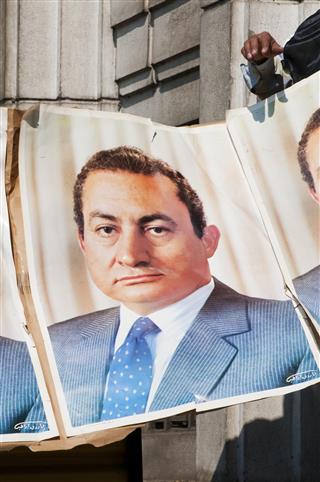 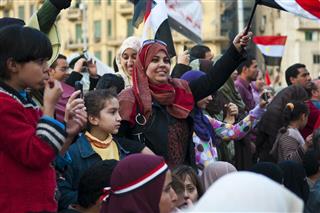