Ethical Issues in Education We Can’t Afford to Ignore

Education is a novel pursuit and imparting education is even more so. However, there are certain ethical issues in education that must be kept in mind and pondered upon from time to time to assess the real value that is being added to society via the media of education.

Education is a novel pursuit and imparting education is even more so. However, there are certain ethical issues in education that must be kept in mind and pondered upon from time to time to assess the real value that is being added to society via the media of education. 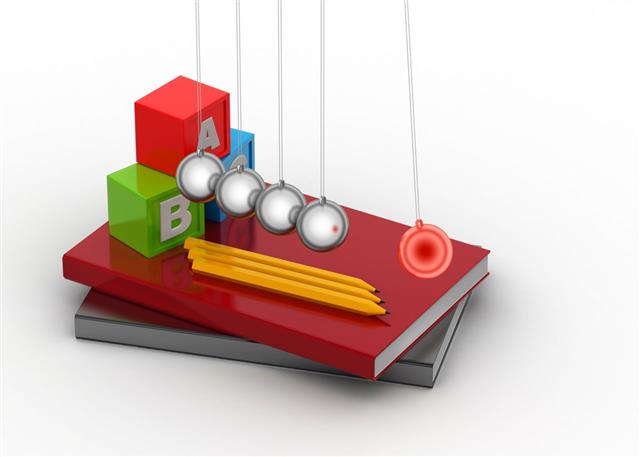 Education is simply the soul of a society as it passes from one generation to another.
G. K. Chesterton

Indeed, education is an ongoing process. We are always receiving and passing it on, adding something in the process, sometimes even taking certain things, impertinent from time to time, away from it while passing it on further. However, the industry of education is a serious one, requiring well-defined ethics and values, well-bound in visible legal outlines to regulate its exchange and distribution. Let us take a brief look at some of the most common issues of ethics in education.

Following are some of the most common moral, legal and ethical concerns in education that are most often faced by the givers and receivers of education, along with the education institutes, management thereof and, sometimes, parents and guardians of students.

The passing of the Education for All Handicapped Children Act in 1975 by the Federal Government marked the first milestone in special education of children with disabilities. Prior to this act, handicapped children had no other recourse but to attend general public schools and curriculum which were not appropriate given their special requirements.

Post this act, funds were given to states for the development of educational curricula for children with disabilities and the Education for All Handicapped Children Act, 1975, made available to all handicapped children between 3 years and 21 years of age the right to a Free, Appropriate Public Education (FAPE).

The eternal contention between a principal and the parents regarding which teacher the child in question should be assigned to the following year is one of the major moral issues in education. There are two, very predictable outcomes to this debate – either the principal uneasily resigns to parental logic or the former evade the latter’s request by making a blanket statement saying it is not in school policy to honor parents’ opinion as far as choice of teaching faculty goes.

School Uniforms – Should They be Made Compulsory?

As is generic to every controversy, this one also has two sides to it. Arguments in favor of imposing uniforms observe what the lack of a uniform dress code has done to school campuses nationwide – immodest piercings, provocative or too casual attire, outrageous hair colors and styles, etc. Advocates against imposing school uniform argue that clothing has no effect, whatsoever, on education and what one wears to school has no bearing on what is taught at school.

Also, state the latter, it is not necessary that all students are able to afford a uniform – would they be denied education for want of a uniform? A happy mid path between these two school uniform debates could be to enlist a strict dress code, enumerating what NOT to wear at school, failing to follow which would invite fine or suspension. This is better than either imposing a complete compulsion of school uniforms in public schools or holding a way too liberal stance on what to wear at school.

Second-chance policies may be used to encourage better academic performance and instill the habit to try harder the next time. The opportunities, however, should not be kept unlimited for the same default by the same individual. Giving second chances does not translate into spare-the-rod-and-spoil-the-child attitude!

With students from socially and ethnically diverse backgrounds seeking admissions in schools today, the issue of whether or not to address diversity poses a serious question. Racial inequality and ethnic differences have been an issue in public schools since the time public schools were founded. The foremost step towards addressing diversity in schools should come from the curriculum itself.

Involving different ethnic sports and multicultural festivals at schools would mark the beginning of an attempt to combine students from diverse backgrounds into a bond of institutional unity. Moreover, including prominent historical annals derived from different ethnicity as part of a collective study of world history would encourage students to get familiar with each others’ racial, cultural and ethnic differences.

What do grades reflect? Rather, what should grades reflect? Should they just cover the academics? Then again, what, in academics should they reflect? Should grades be considered for assessing learning capabilities, information grasping prowess, discipline in meeting academic deadlines or all of these? Then again, should failure by a student to live up to these standards be considered as laxity on the student’s part or should it be blamed upon the incompetency of the teacher?

Should class participation be considered in overall grading? If so, then wouldn’t that kill the idea of respecting the individuality of shier or quieter students who may be equally good (maybe better) at academics as their more outgoing counterparts? An unbiased standardization of the grading system would require careful consideration of all angles of these queries and dilemmas to arrive at an objective conclusion that leaves no room for ambiguity.

Besides the above mentioned ethical issues in education, there are other noteworthy issues – teacher evaluation, sex education, value education, tracking and random drug tests in campuses – that prevail surrounded by controversy. Each of these issues require fine scrutiny and deep understanding but even then, there would always be that “depends upon the situation” factor that would decide which way the verdict rests.