Today, most people don't think of flappers much at all, outside their use as a Halloween costume. But they were the foremothers of the feminist movement, and initiated many of the changes we take for granted.

Today, most people don’t think of flappers much at all, outside their use as a Halloween costume. But they were the foremothers of the feminist movement, and initiated many of the changes we take for granted.

A flapper is more than a short, sequined Halloween costume. These young ladies took the country by storm in the 1920s, and are responsible for much of the everyday freedoms modern women take for granted. They are a symbol of the Jazz Age, as the country emerged from the first World War and stretched its wings. More women were a part of the workforce, which meant greater independence from men. That independence proved addictive, and pervaded every aspect of their lives.

Prior to the ‘20s, women’s clothing was mostly layer upon layer of heavy, bulky fabric that restricted movement and limited physical activity – that’s why the heroines of your favorite Regency romance novels seemed to spend all of their time sitting around and drinking tea.

The flappers had enough of that, and began shedding layers to accommodate the new, active lifestyle. Hemlines were raised to the shocking height of just below the knee, and waistbands were dropped to hip level. The corset was tossed aside, and step-in underpants became de rigueur. Lighter fabrics became popular, and hats became less fussy and ostentatious.

Women no longer accentuated curves – in fact, a flat chest was seen as sophisticated, prompting well-endowed ladies to tape down their breasts. The preferred look was long, thin and boyish, and clothing by the likes of Coco Chanel enhanced the silhouette. Chanel also popularized the tan, allowing women everywhere to step out from beneath their sunshades.

The 20s’ were the jazz age, and saw the invention of such frenetic dances as the Charleston, the Shimmy and the Black Bottom. This is another reason behind the lighter, looser clothing – if flappers loved anything, it was a new dance, and you can’t swing in a corset.

Jazz was shocking to the older generation, which was a point in its favor as far as flappers were concerned. The fact that African-Americans were playing music enjoyed by whites wasn’t the least controversial bit, but it was almost upstaged by the fact that dancing to this new, fast, loud music inevitably showed a bit of leg in public.

Flappers were not ashamed of premarital sex, and had a more casual attitude towards physical relationships than previous generations. Petting parties became the thing, where making out was the major form of entertainment. The short skirts, barely-there undergarments, sexy music and endless dancing meant that flappers were owning their sexuality in a way that their mothers never did. Sex wasn’t just about making children anymore. It was about pleasure, control, boredom or any number of things. Suddenly, women weren’t marrying until they were good and ready.

Flappers openly drank, smoked and cursed. They were opinionated, boisterous and irreverent, and not afraid to belly up to the bar and match their date shot for shot. Never mind the fact that this was during Prohibition, and the bar was an illegal speakeasy that could be raided at any time. These ladies had careers, drove cars, played sports and fought for the right to vote. They had sex, used birth control and weren’t in a rush to settle down. Unlike their mothers, their place wasn’t necessarily in the home – unless they chose it for themselves.

These ladies were the beginning of the new modern woman. They may have been ahead of their time – feminism took a bit of a backslide beginning with the Great Depression – but they were all about personal freedom. So the next time you earn a promotion, get a new car, join a sports team, wear comfortable clothing or just put on your favorite miniskirt and head out to a nightclub, take a moment to silently thank the flappers who blazed the trail before you. 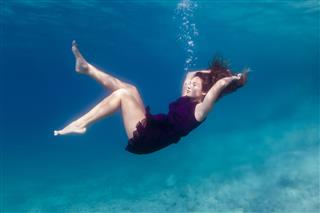 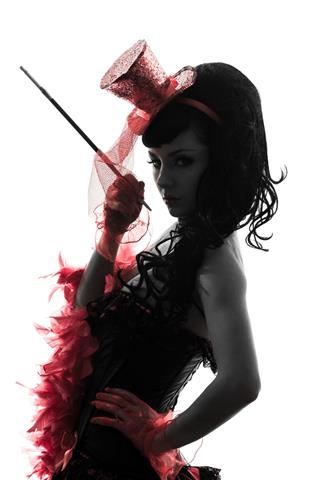