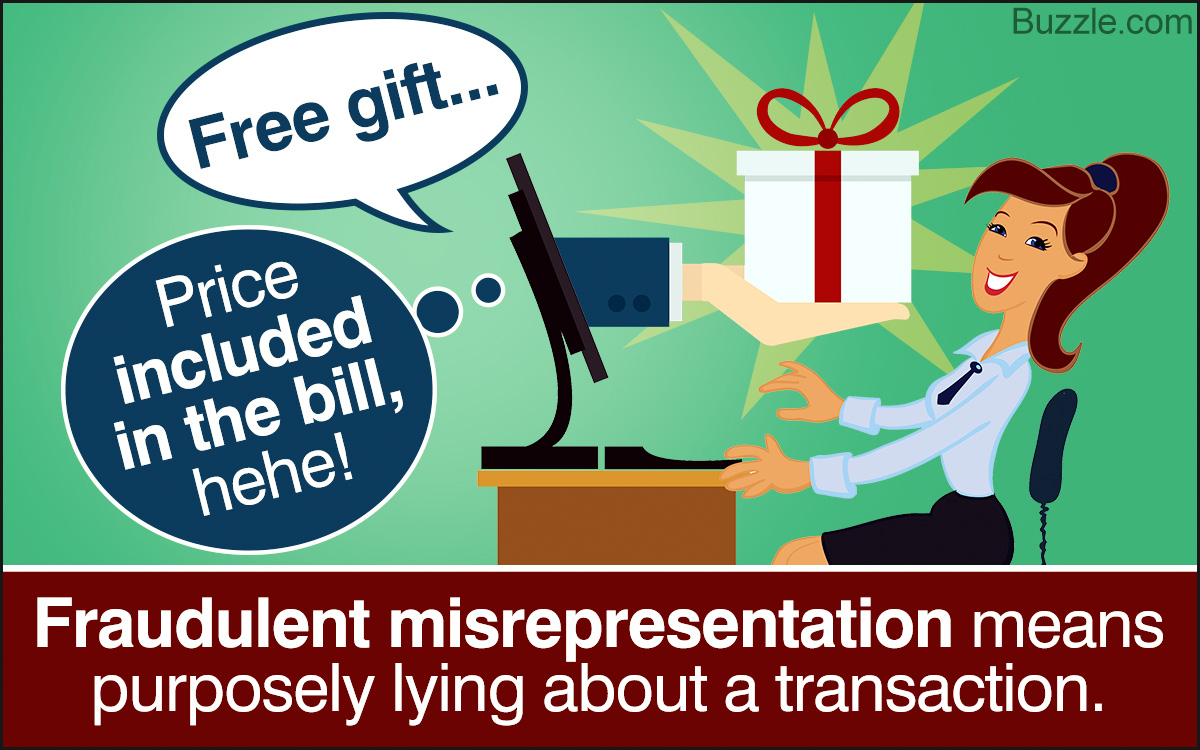 To understand any legal concept, you need to understand some basic terms. In this context, remember that a representation is a statement that is made by the parties in question. It is something that helps gain an insight into the contract, but it is not something that is defined as a term in the contract. On the contrary, the legal definition of misrepresentation states, “a false statement of facts that has the effect of inducing someone into a contract”. It means that you have made a false statement about a fact in order to complete the transaction; it is a statement that is not consistent with what is true.

In this article, you will learn about fraudulent misrepresentation, which occurs when one party betrays the other on purpose. Similar to perjury, it may be difficult to prove whether a party has intentionally committed this offense.

What is Fraudulent Misrepresentation?

The elements of fraudulent misrepresentation are given below.

Involvement of the Other Party

The other party has to be involved in the fraud. That means, they have to rely on the lie, they have to be affected due to the lie. For example, if the seller lies about a product but you do not buy it, you cannot blame the seller for lying. It’s none of your business to take any action against him, when you haven’t been the affected party at all. You can take an action if and only if you have believed his lie and have purchased the item.

Damages to the Other Party

A case for fraudulent misrepresentation can be filed if and only if the other party has suffered damages. The final transaction must actually cause some harm to the other party.

Relation of the Misrepresentation to the Transaction

Whatever the misrepresentation, it must be related to the transaction only. If the fraudulent party lies about something that has no relation to the deal, it cannot qualify as fraudulent transaction.

The intention of the betraying party should be clear, i.e., to trick the other party. The untruth should be told with an intention of affecting the transaction.

The Untruth that Led to the Fraud

Not every kind of fraud classifies as a fraudulent misrepresentation. It might very well be possible that your business has been wronged by another party, but it may not have been done with a purpose; it may not always qualify for a fraudulent misrepresentation. This is rather difficult to identify. It is essential that both parties complete all the formalities with the help of a good corporate attorney.