Hanging Chad Controversy in the U.S. Presidential Election of 2000

The Presidential Elections of 2000 was a close race between Al Gore and George W. Bush. It was mired with controversy over the dispute of incompletely punched votes. This article tells you about the 'hanging chad' controversy related to this election. 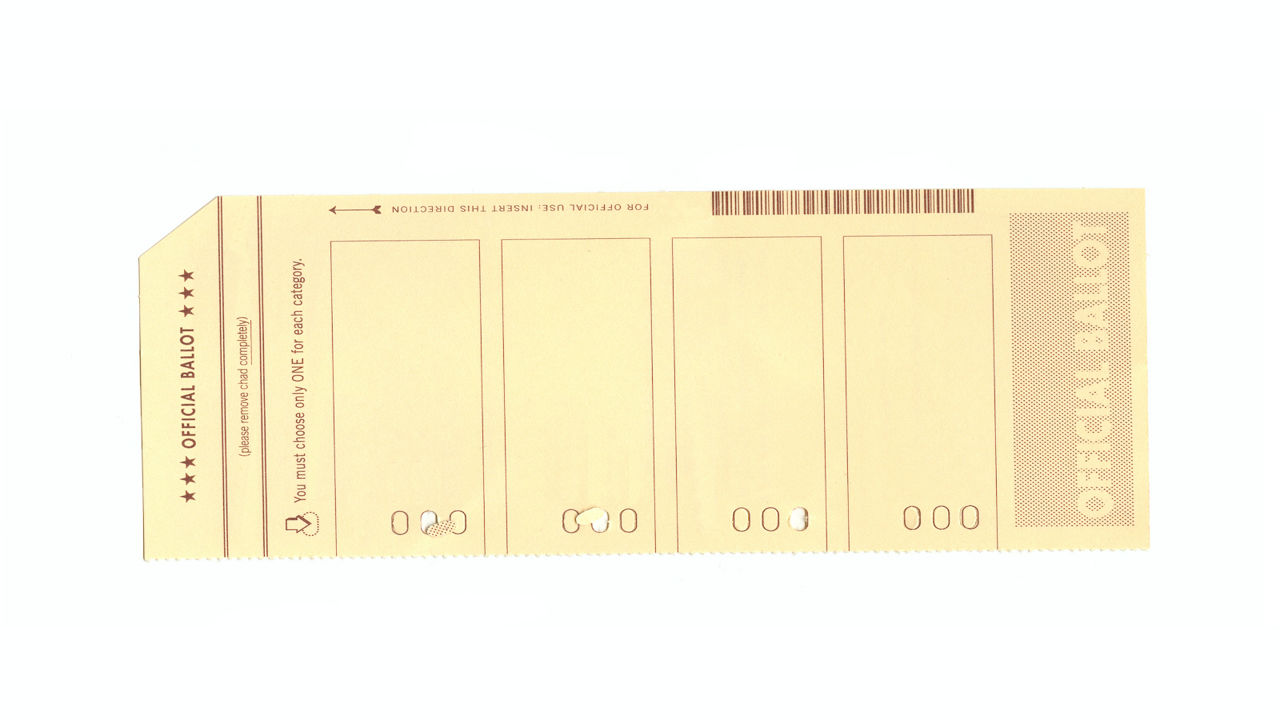 The Presidential Elections of 2000 was a close race between Al Gore and George W. Bush. It was mired with controversy over the dispute of incompletely punched votes. This article tells you about the ‘hanging chad’ controversy related to this election.

Did You Know?
The ‘Hanging Chad’ controversy of 2000 was preceded by the elections in 1990 for a House of Representatives seat in Illinois. It resulted in the victory of Penny Pullen over Rosemary Mulligan, due to 8 dimpled chads that exhibited voter intent.

Presidential elections are known to be a tight race, with both candidates vying for the win. Both try every trick in the book to garner public support on their side, with the candidates visiting the states more often as the elections come to a close. But swing states are a special case, where the vote can go either way, and Florida was such a place which heated up the Presidential Election of 2000.

The contenders were George W. Bush, the former governor of Texas and son of former President George H. W. Bush – the Republican candidate, versus Al Gore, the then Vice President of the Clinton Administration and an advocate of the green revolution – the Democratic candidate. All the votes were counted via Votomatic machines after they were punched on a butterfly ballot. Butterfly ballots are papers with the names of the candidates on one side, and the issues on the other, with the essential vote being punched in the middle of the paper. The race was almost decided, except that many votes were considered a miscount due to them being half punched, which resulted in incomplete votes or hanging chads.

What Does Hanging Chad Mean?

Mainframe computers, in a time before any programming language was created, needed to be fed instructions using punch cards. These punch cards, after getting punched, would leave behind confetti or bits of paper, some of which would still be hanging onto the card. These are referred to as hanging chads. Chads that would still be stuck to all four corners of the card, even after being punched, were called dimpled chads, or pregnant chads.

The results of the presidential race of 2000 were close, ending in a tie of 242 – 242 between the two candidates. The presidency would be decided by the electoral votes in Florida. Many votes had gone in favor of Bush, and Gore was ready to concede, until Bush’s lead starting going down. Bush had a lead of only 1,700 votes, in a vote cast out of 6 million. In such a close call, Florida law dictates that a recount take place.

After the recount was concluded, Bush only had 300 additional votes from his previous tally, and more than 17,000 votes were discarded since the senior citizens in the county couldn’t understand the butterfly ballot, and voted for the wrong candidate instead. Some of the discarded votes still had hanging chads. Florida Secretary of State Katherine Harris was ordered by the Supreme Court to finish the counting of the votes by November 26.

This led Al Gore and his team to file a case in the Supreme Court demanding a manual recount of the votes, since the machines couldn’t be trusted with the job. While the Republican Party led by George W. Bush counter-sued that manual recounting would lead to human error and vote tampering, and stood against the decision. The Bush team also filed suits regarding overseas absentee ballots having partially poked holes that had voter intent, and shouldn’t be discarded. This was the hanging chad controversy, which loomed over the Presidential Elections of 2000.

In order to meet the deadline, the Secretary of State’s office was open on 26th November. The final results of the Broward and Palm Beach counties were announced, with Bush getting a lead of 537 votes, and winning Florida’s 25 electoral votes. Al Gore, on the other hand, refused to concede defeat, and cited that some counties hadn’t counted thousands of votes due to the Republicans blocking the process.

The US Supreme Court heard arguments from both sides, and announced its decision on December 4. It rejected Gore’s argument, and set the date of the final appeal on December 8. But it was all to no avail, and the Florida House of Representatives voted 79 – 41 in favor of Bush.

Although Gore was the popular choice, the votes were in the favor of George W. Bush. On December 18, 2000, the Electoral College met and voted for their President. On January 6, 2001, Congress met in a joint session, and declared George W. Bush the 43rd President of the United States. Till date, Florida’s counting process is looked upon with suspicion.