Individualism and collectivism are two distinct and varied cultures, which have been prevalent in the society ever since civilization dawned upon humanity. It is of paramount importance to understand the striking differences between them. 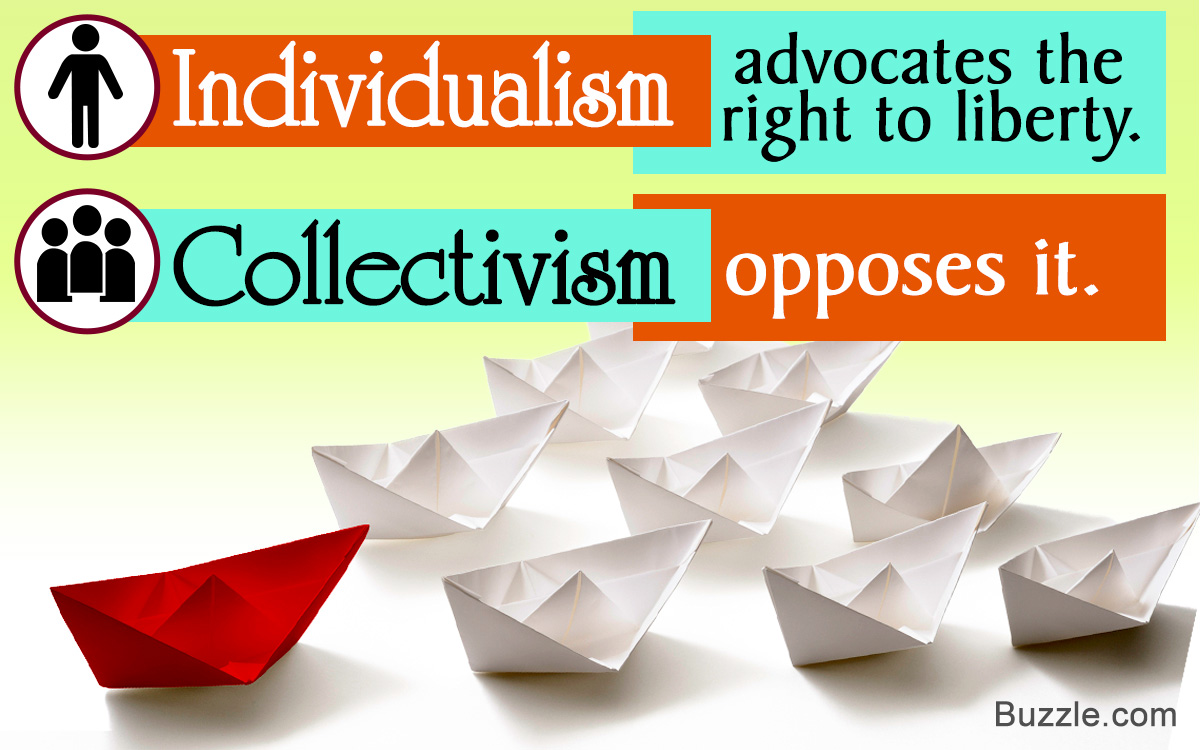 Individualism and collectivism are two distinct and varied cultures, which have been prevalent in the society ever since civilization dawned upon humanity. It is of paramount importance to understand the striking differences between them.

The Line of Difference

The first instance of the difference between collectivism and individualism was noticed in the constitutions of law of Hammurabi, a Babylonian King (1792 – 175 BCE).

Individualism and collectivism are two parallel lines that never meet. The pros and cons of both are quite tedious to find out. These are concepts that have been inculcated in the social structures, depending on their values and principles. But it is important to know that overemphasis of anything does more harm than good, as the adage goes, “too much of anything is bad.” Individualism, in extreme cases, may become authoritative in nature. Too much of collectivism may lead one to being under dictatorship.

The two opposing cultures are not only different in their nomenclature, but also in their essence. Let us understand these concepts with more precision through a detailed individualism vs. collectivism analysis.

Examples of Individualism and Collectivism

In the Family System

A nuclear family is an example of a culture, which displays individualism, while a joint family displays collectivism.

A few examples of countries that exhibit individualism include the US, the UK, Germany, France, and Australia. Some countries following collectivism are China, Japan, India, Brazil, and Russia, to name a few.

It is rather simple to comprehend the difference between the two opposing concepts at the workplace. In many cases, it has been seen that a company assigns the liberty to voice opinions to its employees, allows them to work independently, and also rewards them for their endeavor. Here, the company is said to follow individualism. At other times, it is seen that an organization functions as a rigid group. There are predefined norms and methodologies, which individuals have to adhere to. Voicing of opinions is not acceptable, and the gains and losses of the organization are shared. This phenomenon is called collectivism.