Is Multiculturalism Better Than Assimilation? Here’s What’s to Know

What is desirable for a modern society, unity in diversity, or a homogenous culture? OpinionFront goes far beyond this debate, with a comparison between multiculturalism vs. assimilation, using the definition, examples, pros, and cons of each.

What is desirable for a modern society, unity in diversity, or a homogenous culture? OpinionFront goes far beyond this debate, with a comparison between multiculturalism vs. assimilation, using the definition, examples, pros, and cons of each.

David Cameron (Prime Minister of UK), Angela Merkel (German Chancellor), and Nicolas Sarkozy (Ex-President of France) have all spoken in favor of assimilation, even calling multiculturalism a ‘failure’.

Recent years have seen considerable debate on the immigration policies of many countries. The 9/11 attacks in USA and the 2005 bombings in London have focused attention on the growth of religious terrorism within their shores. One of the factors blamed in these attacks is the increasing isolation of certain immigrant groups from the mainstream. This has brought the public eye on how Western societies, which receive the most immigrant influx, interact with such foreign cultures. Two ways to approach this situation are, either to celebrate this cultural diversity, or to encourage all immigrants to adopt the host culture. This sums up the comparison between multiculturalism vs. assimilation, which is described below in more detail.

Multiculturalism believes in a healthy respect for all cultures, with no culture predominating over others.

Assimilation believes that, for a unified society, all minorities, such as immigrants, should adopt the dominant culture of a region, and leave their own traditions behind.

Multiculturalism rose in popularity only in the 1960s and ’70s, with Canada being the first country to officially embark on this policy, and other countries like Australia and New Zealand following suit.

Historically, assimilation has been the dominant policy of America and Canada in their initial years, when the Natives were forced to adopt the customs, language, religion, and beliefs of the predominant European-American population. It was also followed by the European superpowers in their colonies in Africa and Asia.

Great Britain, New Zealand, Canada, and Australia are some nations who have adopted multiculturalism. Canada was the first country to pass a ‘Multiculturalism Act’ in 1988, which ensured the rights of citizenship to all residents, irrespective of their ethnic background.

Another example is British multiculturalism, which is a two-way process, in which immigrants are given considerable freedom in adapting to British society, while the host country also tries to adopt some elements from immigrant cultures, like food, clothing, and words from their language.

The United States, Netherlands, France, and several other European countries have been supporters of the assimilation doctrine.

The Netherlands requires immigrants to watch a video showing the Dutch way of life (including aspects like homosexuals, nude sunbathing, etc) so that they can adjust to this culture. Germany requires immigrants to undergo a mandatory, free, 200-hour training in the German language. The French policy of assimilation is popular, in that, it requires immigrants to leave their traditions behind while adopting the host culture, and the country has even banned women from publicly wearing the headscarf; a religious symbol of Muslims.

✔ All groups are free to follow their respective cultures (a tolerant society).
✔ A diverse society is less likely to indulge in racism and other discriminatory behavior.
✔ Minority groups are inspired to contribute to a society which respects their culture.
✔ It encourages a higher rate of immigration, thus providing a larger workforce.

✗ Multiculturalism may highlight the differences between groups, causing ethnic conflicts (such as the Sweden 2005 riots).
✗ It may lead to unfair stereotyping of different groups (such as labeling all people from the Middle East as Muslims).
✗ Critics argue that this policy prevents unity, since differences between cultures are encouraged.
✗ Governments and schools may need to spend more on translation services, since learning the host language is not compulsory for immigrants.

✔ Native societies may prosper, if they adapt the dominant culture’s language and institutions, to improve their own economic position.
✔ Supporters of this doctrine believe that it leads to social integration of all groups, and increases patriotism.
✔ The economic success of the United States is touted as an example of this policy’s effectiveness.

✗ The cultures of ethnic, religious, linguistic, or national minorities may not receive official recognition.
✗ This policy discriminates between cultures, regarding one as superior and others inferior. Natives are often regarded as savages.
✗ Such discrimination leads to social ills like racism and slavery.
✗ Discarding one’s culture is not easy, and may cause a backlash if this process is enforced.

While many nations have adopted only one of these policies, their societies are most likely to have developed due to some elements from both. Surprisingly, in recent years, leaders of several Western nations have leaned in favor of assimilation, hoping to achieve an integrated society, and combat the rise in religious extremism. 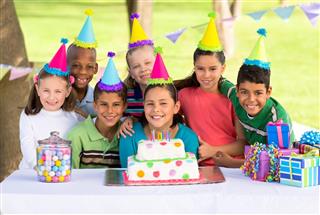 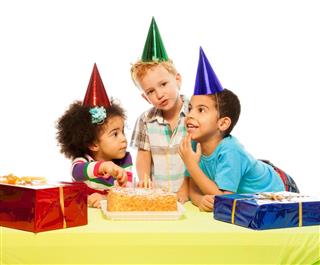