The Pros and Cons of Media Consolidation That are Worth Knowing

Media consolidation that is characterized by the takeover of small media companies by large multinational media conglomerates, is often the source of debate. Here are some pros and cons of the argument that will help you understand the concept better. 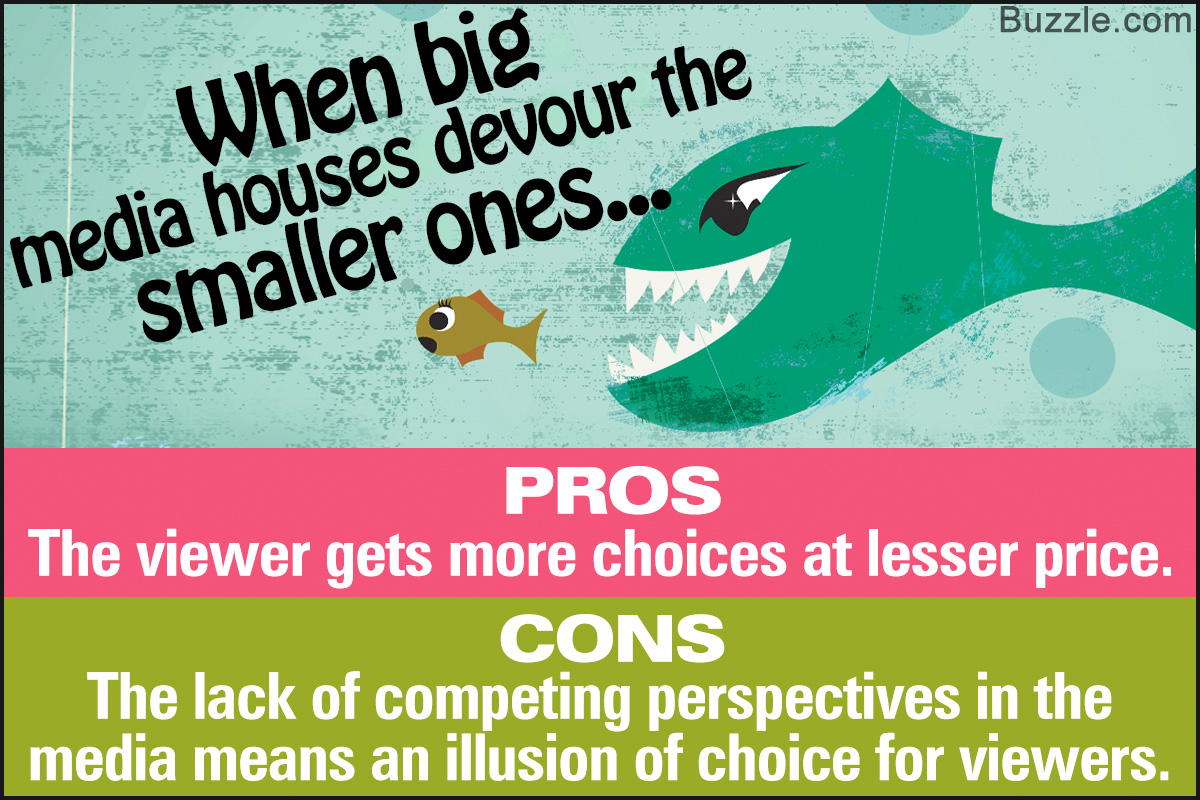 Media consolidation that is characterized by the takeover of small media companies by large multinational media conglomerates, is often the source of debate. Here are some pros and cons of the argument that will help you understand the concept better.

The magic of Mickey Mouse works…

The world’s largest media conglomerate, The Walt Disney Company has the ABC television network and 10 broadcast stations. It also has a portfolio of cable networks like the Disney Channel and ABC networks. Additionally, Walt Disney Studios produces films, while its Marvel Entertainment is a top comic book publisher

What is it about media consolidation that sparks such enormous debates everywhere? Why is it that, when media mogul Rupert Murdoch expressed his interest in buying the Los Angeles Times and the Chicago Tribune, it sparked such a controversy? Do we live in an age where media oligopoly runs rampant without any check? Does “freedom of press” still exist, or is the voice of the press muffled by the buyouts by large media companies?

What is Media Consolidation?

Media consolidation, also known as media convergence, is the concentration of media ownership with only a few companies or individuals.Once a country which had fifty major media companies in 1983, America now, has only nine important multinational media conglomerates, some of which include Walt Disney, Time Warner, Comcast, News Corp., CBS and Viacom.

There is an explosion of media consolidation since Congress passed the Telecommunications Act of 1996, thus FCC to review its media ownership rules every two years. Although this was done to encourage fairness and accuracy, instead it led to increasing buyouts.

As if this were not enough, the Federal Communications Commission (FCC) seems to be pushing for more consolidation. In its latest proposal, the FCC proposes to allow a large corporation in the top 20 media markets to own a major newspaper, two television stations, up to eight radio stations and provide Internet service. This proposal is strikingly similar to the proposal by FCC in 2009, which both the Congress and the courts overturned. But, somehow, FCC as well as global media houses seem to be pushing for this rampant media consolidation.

This oligopolistic or monopolistic control in the market has raised many important questions, primary among which is whether these large media houses would be able to serve public interest adequately. This OpinionFront article presents some pros and cons of media consolidation that will help you understand both sides of the story.

Advantages and Disadvantages of Media Consolidation

Media for the Consumers

What works for the consumers, works in the media. Like any other business, the purpose of the media is to earn profit and the only way they can do so, is by providing the viewers with whatever they want. So something that is popular in media stays on, while others are just chucked out. Since people are responsible for what appears in the media, it is assumed that quality media wins.

If the media is consolidated, and it is people who make choices of what they want to see, the government control is minimal.

The Advantage of Converging Technologies

According to pro consolidation arguments, due to converging technologies the media houses are fueled by the desire to reach consumers in different and often innovative ways. This allows the user to get a phone, TV and internet from a single company, and pay a single competitively priced bill, instead of three different bills. The competition among the few media houses also ensures better and lower prices for the consumers.

The diversification argument by the media houses says that with consolidation there is lesser investment risk. Therefore, a bad phase by a subsidiary of the media conglomerate can be counterbalanced by more profitable ventures. Meanwhile, the pro consolidation voice also argues that with diversification there are a number of TV channels, movie productions, newspapers, radio or the Internet offered by companies. Thus every niche is catered for, and every voice is heard.

Lack of Competing Viewpoints and Perspectives

One of the biggest fears in the minds of those opposing media consolidation is that the large media houses will silence alternate views, which can then lead to a decline in democratic viewpoints. It is staggering to imagine that only a handful of media houses cater to billions of viewers.

They are responsible for controlling all aspects of the industry, from creation and production to delivery. This has led to lack of meaningful content and alternate viewpoints in the media. So, every channel you tune into expresses the same opinions. There is marked censorship of content, especially if it is too controversial. The lack of diversity is a direct result of monopoly in the market, and little or no healthy market-based competition.

The lack of adequate competition also means that media houses now, run after money instead of serving public interest. Since every media house is now ensured of a large global audience, the focus shifts from providing quality services to getting more money. Innovative or risky ideas are now squelched in favor of ‘tried and tested’ methods. Moreover, with less competition, the media houses charge more and, due to the lack of alternatives, the consumer has to pay.

The commercially driven media is loyal to their sponsors and advertisers, not to the viewers. There is minimal interest in journalism and public affairs, and more concentration of lucrative genres that do quite well. As the CEO of Westinghouse put it aptly “We are here to serve advertisers. That is our raison d’être.”

Under-representation of Minorities and Women

There is a vast under-representation of women and people of color in media. Even though women consist of 51 % of the US population, they hold less than 7 percent of all TV and radio station licenses. There is also a lack of accurate coverage and diverse programming related to women and minorities in the media.

Large media houses are also blamed for their biased political views. A well-known supporter of the Republican party is the media tycoon Rupert Murdoch. In 2010, Murdoch’s News Corp. made a $1 million donation to the Republican Governors Association. Of course, the company defended this. Jack Horner, a spokesman for News Corp. said “It’s patently false that a corporate donation would have any bearing on our news-gathering activities at Fox News or any other of our properties.” This is not an unusual event however. Media companies are known to support candidates and political parties. When donations of this magnitude are made, it affects and influences the content in the media as well.

With the monopoly of large media businesses, the local news takes a backseat. With cross-owned media there was a marked production of total news produced locally.

Despite the proponents trying to push it, media consolidation has definitely had a negative impact on journalism and the ability of news to provide important democratic information to its citizens. The control of the large media houses on the information we see, including the information in newspapers and other sources, is staggering. Although this does not mean that they are out to spread evil or do bad, it is the deprivation of actual facts and varied opinions that irks people when they hear the word media consolidation.