Pros and Cons of Using Expansionary and Contractionary Fiscal Policy 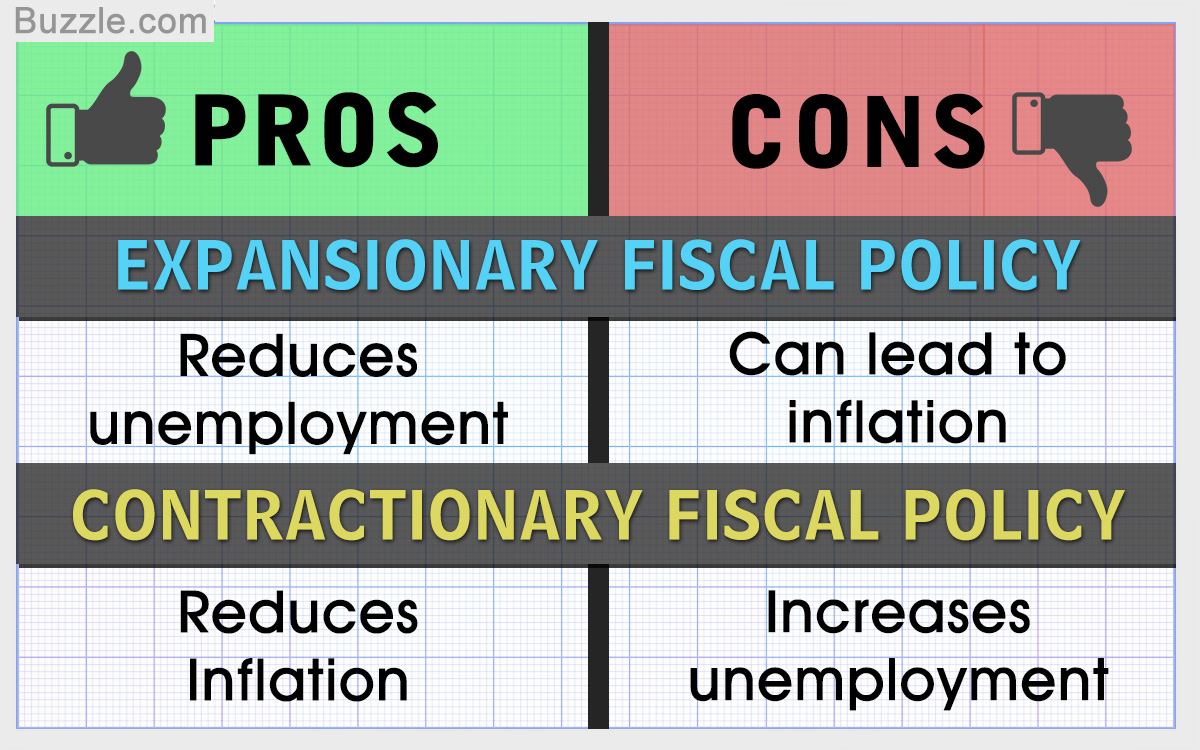 Do not get confused between fiscal policy and monetary policy. They are two different terms. The former is related to taxes and spending, while the latter deals with the supply of money and its effects on the rising and falling interest rates.

A fiscal policy defines the relationship between taxation and expenditure. It uses a variety of tools for this purpose, in turn, having a profound effect on factors like unemployment, inflation, aggregate demand, and investments. It is mainly divided into 2 types: expansionary and contractionary. However, a third stance called ‘neutral’ has been identified as well, which is normally adopted when the economy is in an equilibrium state. The paragraphs below will explain the advantages and disadvantages of both the main policies in detail.

Both fiscal policies described above are crucial in the field of economics. As enlisted above, both have their benefits and losses. It is up to the government or the bank to use the right methodology considering the current economic scenario. The factors influencing the money supply must be discussed in detail, analyzed at length, and only then a decision must be taken regarding which policy is to be adopted at the time. A small error can cause an enormous loss of capital, hence the pros and cons must be understood in-depth.