The Concept of Cooperative Federalism Explained With Examples

Home / Uncategorized / The Concept of Cooperative Federalism Explained With Examples 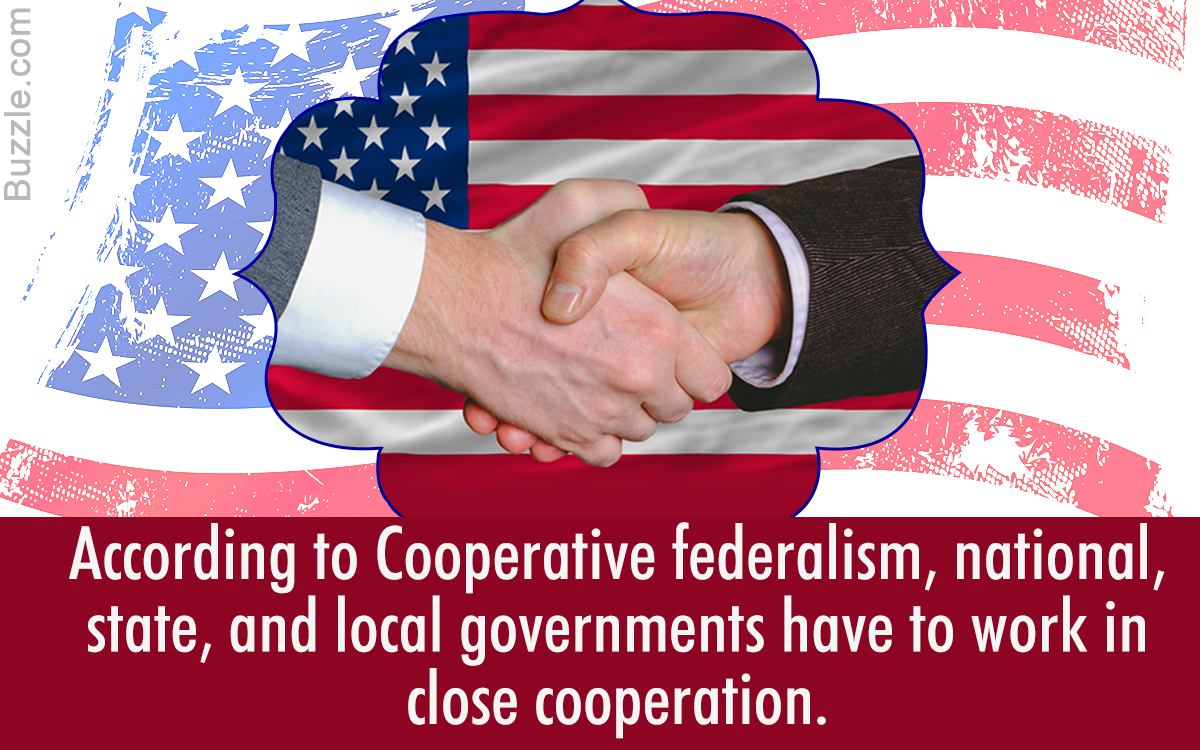 Despite the word ‘federal’ not being used anywhere in the Indian Constitution, the country was founded on the principles of cooperative federalism.

Federalism is a system in which powers are split between regional and national governments. This is especially beneficial for large countries like USA, Australia, and India, where governing a number of states and provinces can be complex. Besides, local governments often have the best idea about the needs and desires of their region. Depending on the equation of power between the national and regional administrations, federalism can be of different types. It can be called a unitary system when the federal government is exceedingly powerful, or a confederation, in which the states hold more power. However, one of the most effective and desirable forms of a government is the one based on cooperative federalism.

What is Cooperative Federalism?

Cooperative federalism, by definition, is a system where the national and state governments of a country work together to solve common problems. This is in contrast to an arrangement where there is a strict separation of powers between the various levels of a government, or to a unitary system of government in which a more powerful federal government tries to enforce its will on the subordinate governments.

Cooperative federalism believes that the national, state, and provincial governments are partners in governing. This offers the advantage of maintaining the sovereignty of states, by preventing interference from the federal government. It also helps in good implementation of the federal government’s policies, by allowing the states to modify these plans to suit their local conditions. This fosters better relations between the national and state governments, besides ensuring that no branch becomes too powerful.

Cooperative federalism arrived in the 1930s in the United States, when the New Deal legislation increased the power of the federal government to help it strengthen the flagging economy in the backdrop of the 1929 Stock Market Crash. Prior to this, the government was largely based on Dual Federalism, in which the powers of Congress and the states were strictly separated. In this earlier arrangement, any shared responsibilities between the federal government and the states, on common policies, were often fraught with tension.

Cooperative federalism involves the close cooperation of federal, state, and provincial agencies. Officials of all three branches may be involved in formulating a specific policy. For example, drug enforcement policies involve federal agents working closely with state and local law enforcement officers. Thus, rather than the layer-cake structure of a dual federalism, in which political power is segregated into strict layers of national and state governments, cooperative federalism closely resembles a marble cake, where flavors of different layers are intermingled with each other, and each bite reveals a combination of flavors. This is why cooperative federalism is also known as marble-cake federalism.

AFDC was a US federal program that was active between the years 1935 to 1996. It provided financial help to children from families with low or no income. While the funds were authorized by Congress, the implementation of the program was entrusted to individual state governments.

The Interstate Highway Construction Project undertaken in the 1950s and ’60s, received 90% of its funding from the federal government. It also provided technical assistance to the states. However, the highways were owned, constructed, and maintained entirely by the state administrations, while keeping in line with federal standards.

The Occupational Safety and Health Act was signed by President Richard Nixon in 1970, with the aim of increasing safety at the workplace. The Act was a federal policy which provided Congressional funding to states, while setting national standards. States were given full freedom to administer this plan, and were even allowed to create their own occupational safety and health standards, provided these were as effective as the federal ones.

The Clean Water Act, passed in 1972, aimed to control water pollution and restore polluted water bodies in the US. Under this federal program, technical assistance and federal funds were provided to the state governments. Since the state and local governments are more aware of local conditions, which can play an important role in environmental legislation, they were given complete authority of implementation and administration of the program.

The PPACA, passed by President Obama in 2010, aims to provide affordable health insurance to American citizens. This federal statute provides federal funding to state governments to expand health insurance services in their respective states. The states are given latitude in implementing the program, and, while earlier Congress was able to withdraw funding for states that did not meet federal standards, this policy was changed following a 2012 Supreme Court ruling.

The RCRA, passed by Congress in 1976, is the chief US law that tries to reduce the effect of solid and hazardous waste on human health. This Act enables US states to receive federal funds to set up their own site-specific waste management programs, provided these meet the standards of the US Environmental Protection Agency. In case of any violations, the EPA can either withdraw authorization of the state’s environmental program, or itself assume control over the concerned area.

In 1938, the Roosevelt Administration passed the Fair Labor Standard Act, which set limits for employment parameters, like minimum wage and working hours. A company called ‘Darby Lumber Co.’ from Georgia was found guilty under this Act, and won an appeal at the Supreme Court, in which it questioned the federal government’s attempt to regulate local businesses. The court ruled in favor of Congress, saying that Congress was within its right to do so under the Commerce Clause of the US Constitution. This ruling defined the role of Congress in local affairs, thus promoting cooperative federalism.

The Low Level Radioactive Waste Management Act, passed in 1985, required US states to dispose their radioactive waste within their borders. However, New York State, under opposition from its residents, filed a case against the federal government, saying it did not have the right to regulate waste disposal within states. The NY District Court ruled in favor of the federal government, saying the Commerce Clause of the Constitution gave it the right to use financial rewards (funds) to improve waste management in states.

The development of cooperative federalism coincided with a steady rise in the federal government’s power, as can be seen by a few examples given above. However, since the 1970s and ’80s, this power has somewhat diminished, owing to a collective agreement among the political classes that some powers should be returned to the states, under a system called New Federalism.