8 Different Types of Feminism You Should Know About

Feminism is an interesting concept, and has been the base of the fight for equality of women in society since the nineteenth century. Equality is the basic objective of feminism, though each type looks at it from a different perspective. OpinionFront tells you about 8 different types of feminism.

Home / Uncategorized / 8 Different Types of Feminism You Should Know About

Feminism is an interesting concept, and has been the base of the fight for equality of women in society since the nineteenth century. Equality is the basic objective of feminism, though each type looks at it from a different perspective. OpinionFront tells you about 8 different types of feminism. 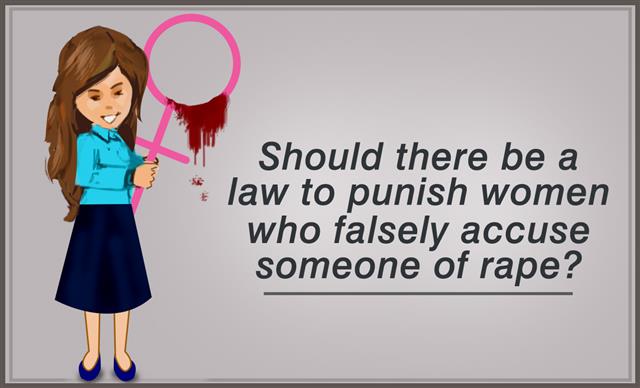 “We cannot all succeed when half of us are held back.”
― Malala Yousafzai
Recipient of the Nobel Peace Prize (2014)

In every group of conforming individuals, there is someone who chooses to defy the otherwise unquestioned ways of life as we know it. The way of the world isn’t argued over by everyone― we believe what we see around us, and we live by it, even if it seems biased towards half of us humans, and unfair towards the other half. That is when that one individual defies these so-called customs, and paves a new, different way towards the future.

Though most of us are very lucky to have escaped prejudices, biases, and unfair treatment based upon our sex, history (as well as our grandmothers, aunties, mothers, nannies) have all told us about how women were continually oppressed in society in the past. It wasn’t something that was questioned― it was simply the way of the world. Men were superior, and women were weak, and inferior. Their rightful place was in the kitchen of their house. Is the mere thought of this angering you as much as it is angering me? And yet, this was the state of women till sometime ago.

Women, as well as some radical men bore this the best way they could, until they could stand it no more, and thus, feminism was born. Feminism is not limited to any one type, in fact, there are several types of feminism, with each kind having to focus on an individual point that it feels is the most important. Before we get into the types of feminism, let us stop to define feminism as a concept, along with its background.

✦ Feminism is, in short, the theory of political, economic, and social equality of the sexes. (Merriam-Webster) However, it is not just a theory. It is a collection of various ideas and actions taken which have had a similar objective, which is to ensure equality between men and women. Even before feminism rose as a movement across the world decades ago, there have been women and men fighting for women to have equal rights and status in society.

✦ The term ‘feminism’ was first coined in 1837 by a French philosopher, Charles Fourier. Though the goals and ambitions for each movement depended considerably on society, culture, and the wants and needs of women in that region, historians believe that the main, common objective between all feminist movements was and continues to be trying to ensure equality between men and women as far as government, economic matters, socio-political matters, and all the different rights which were reserved for men, are concerned.

✦ Feminist movements experienced three ‘waves’, or stages that dealt with the same problems and issues, but with a different perspective. The first ‘wave’ of the feminist movement observed in the 1800s and early 1900s concentrated on women’s suffrage, equal property rights, parenting rights, rights related to marriage, and their right to vote. The second ‘wave’ advocated for legal equality between men and women, as also the women’s liberation movement that was observed in the latter part of the twentieth century. The third ‘wave’ of feminism continues to work for correcting the mistakes made or failures faced during the second phase.

According to different aspects of the same objective, feminism is categorized into several types, as we shall see in this section. The listings of the categorization are in no particular order.

Liberal feminism advocates for equality between the sexes through social and political reforms, and legal means. Liberal feminists stress on the importance of an individual, and believe that every woman can assert her place in society and gain the rights she deserves. Some very important objectives of liberal feminism are abortion rights, equal pay for male and female employees, educational rights, voting rights, childcare, health care, etc. Liberal feminism leans more towards ‘sameness’ perspective, and seeks to bring about a change only in the present state of society, and not a revolution as such.

Though many see radical feminism as an undesirable type of the concept, it is actually responsible for development of many thoughts, ideas, and actions that would otherwise be shunned or avoided by the other types of feminism. Radical feminism takes its name from the Latin word, which means root. In context, radical feminism believes in ‘going to the root’ or source (of the problem). Radical feminism believes that it is the male-dominated hierarchy (or patriarchy) which is responsible for the oppressed status of women today. According to this branch of feminism, if changes are not brought about in this hierarchy, there can be no equality between men and women, and that a total reconstruction of the society is necessary to bring about the desired reforms. Over time, radical feminism has given birth to several sub-categories that each focus on a particular issue with a similar approach.

Some experts feel that cultural feminism is a branch of radical feminism, while others feel that the two differ considerably. Cultural feminism believes that the society needs a female ‘essence’ or a female ‘nature’. This kind of feminism believes that the qualities present in women are not only unique, but also superior than those present in men. These qualities, say cultural feminists, are more of a psychological and cultural nature than biological. These feminists believe that the female essence should be celebrated, and infused with the male-dominated world to provide the right balance to the working of society.

✦ This type of feminism believes that the oppressed status of women can be attributed to the unequal treatment at both the workplace, and in the house. Financial and personal exploitation, the institution of marriage, childbirth and childcare, prostitution, and domestic work, according to socialist feminists, are tools for degrading women, and the work that they do, in a male-dominated society. They believe in work that causes reforms in the society as a whole, and not on an individual or community level.

✦ Marx was of the opinion that the capitalist system was to blame for the inequalities faced by the working classes, and the removal of the capitalist system would remove these inequalities, which would ultimately reduce gender inequalities as well. This is the attitude adopted by Marxist feminism. Many socialist and Marxist feminists put these philosophies together to achieve gender equality in both the professional as well as personal spheres. Socialist and Marxist feminism often considers itself to be a sub-category of radical feminism, only referring to a different ‘root of all problems’, which is the economic system.

Separatist feminism is against the concept of heterosexual relationships, saying that it is not possible to solve the sexual differences that exist between a man and a woman. Separatist feminists believe that no man can contribute positively to the feminist movement, and hence it is just better to shun relationships with men, as even the most radical of men display signs of patriarchy somewhere or the other.

I-feminism is a newer branch of feminism which focuses on the individuality of women, as well as their individual choices. I-feminists account for freedom, peace, and harmony in society based on individual choices, and support every personal choice, from heterosexual relationships to homosexual relationships to pornography. I-feminism activists feel that each woman is responsible for her life, her status, and her choices. They do not expect the government to help them specifically to achieve these targets; they believe that each woman can achieve her personal targets and be personally responsible for them.

Equality does not exist in a society where males feel they are superior to females in any way, be it in driving, intelligence, at the workplace, in handling finances, in making decisions, or even in handling an entire country. Similarly, feminism does not exist when women believe they are superior to men in any way. Feminism advocates for complete equality between the two sexes― there should be no hierarchy, and no social pyramid.