Extremely Creative Ways in Which One Can Raise Money for Charity

Numerous charities working towards the betterment of humankind are functional all across the globe today. Raising money for these charities is a good idea to make our contribution to their noble cause. 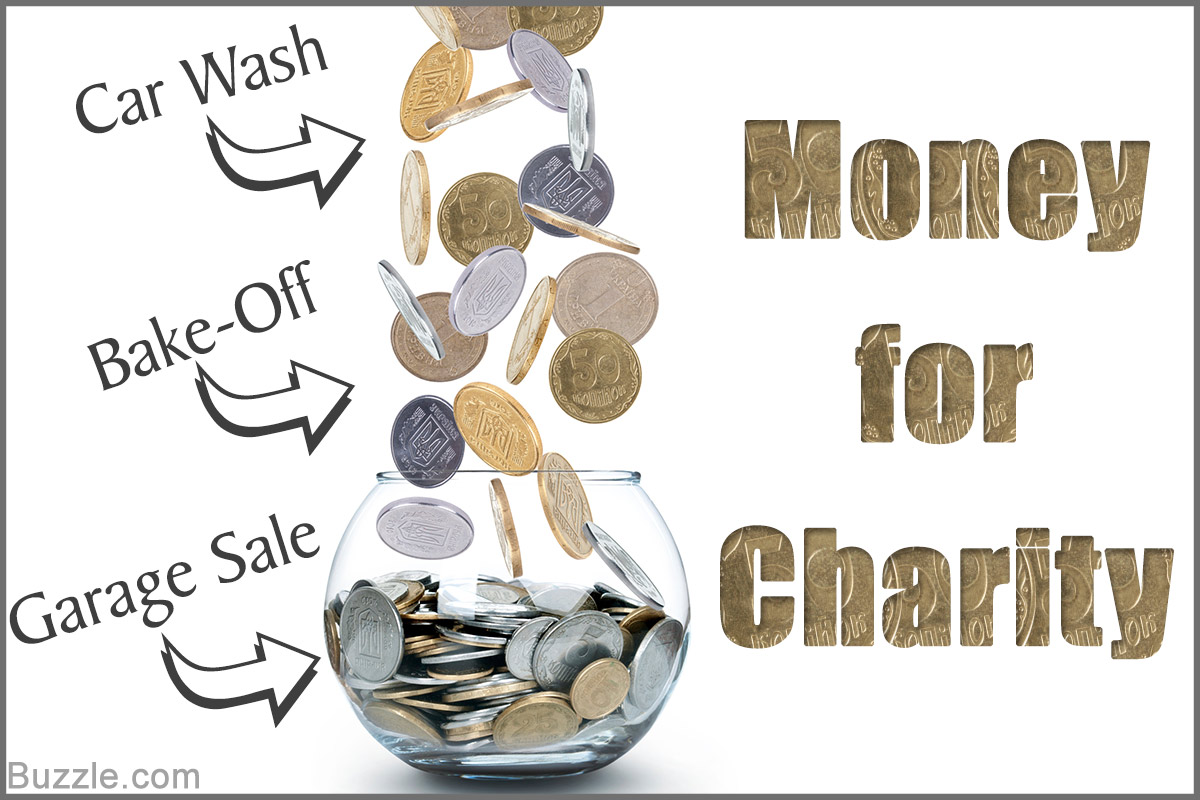 Numerous charities working towards the betterment of humankind are functional all across the globe today. Raising money for these charities is a good idea to make our contribution to their noble cause.

Everyone usually has a wish to contribute towards something noble, but they just do not know where to start from or whom to approach. Raising money for any kind of charitable cause, thus involves reaching out to the public and encouraging them to be a part of it. You are bound to get a tremendous response in everything that you undertake with a good heart. You can implement fundraising actives in your school, college, workplace or neighborhood. 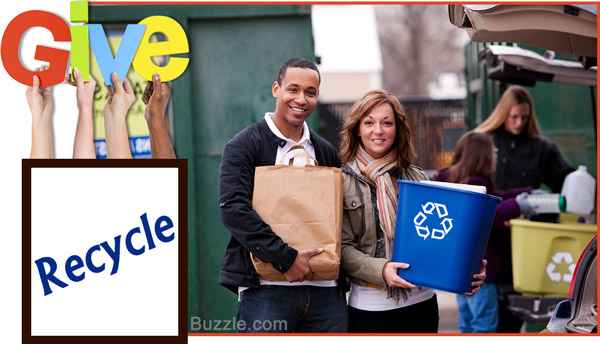 Recycling household waste materials, such as plastic bottles or aluminum cans, is a good way to raise money for charity. Most importantly, it is easy and free of cost, and can earn you quite an amount. Find a recycling center in your vicinity, and ask them regarding their prices and the materials that they recycle. Next, collect as many things as possible from your home/area/neighborhood, and take them to the recycling center. The amount that you thus earn, can go to the charity. 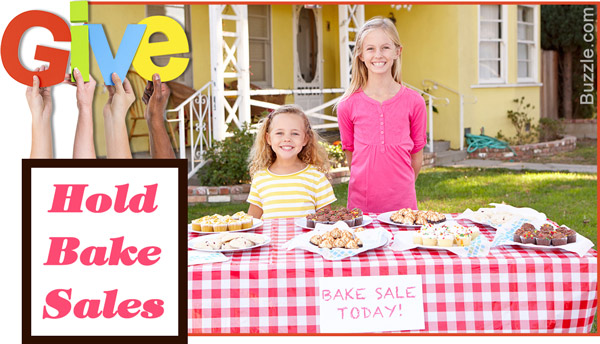 This is an age-old way to raise money. All the people who are interested in baking, can hold a bake sale in their community/neighborhood. To ensure repeated participation from the members holding the sales, it is important that they be compensated with what they have spent in the process. All additional money that they have helped generate can be donated to the charity. To make things interesting and get better results, you could also give a token prize to the best baked cake/cookie. Make sure you contact as many individuals as possible. 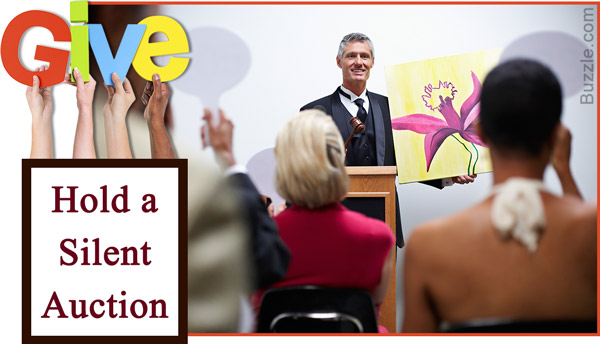 Approach a few larger organizations and stores, and request them to donate a few items for your auction. This will not be too difficult, once they are convinced about your noble cause and honest intentions. Place all the collected items at the center of the venue with a drop box next to them, and hold a silent auction. People can write their bid amount for the displayed items and drop it in the box. After this, open the bids, and sell the respective items to the highest bidders. Always make sure that you inform those who had donated the items, regarding the amount of money that they helped to raise. 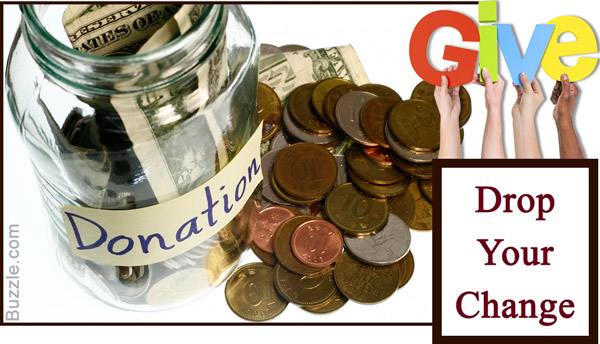 You must have seen some donation boxes kept in stores near the cash counters and in malls, wherein there is a picture or a message on the box stating where or for which cause the collected money would go. You can use the same idea in your school, college or office cafeteria. When people see a donation box kept at a place that they visit on a regular basis, they tend to contribute sooner or later with whatever amount they can. The individual amounts in this case may be small, but with many people contributing, the entire collection may be a good, hefty sum. 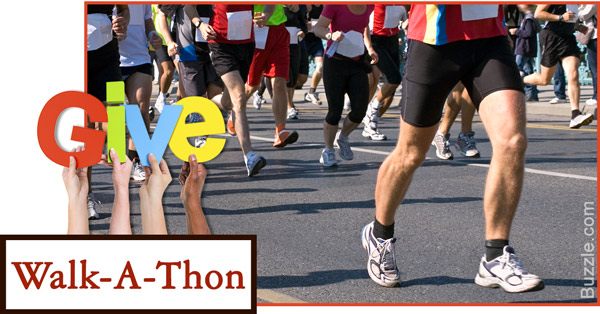 This is a good way to raise money and also help everyone stay fit, at the same time. You can collect pledges/donations from your friends, family, and neighbors for every mile that you walk. You can even approach more people by putting the details of the event on social networking sites or sending out pamphlets of the same. If you want to do it on an even bigger scale, you can get in touch with an event company to help you organize the event for a nominal fee. This way, the event company will also get some publicity, and you will have more charity contributions, with less of personal funds and effort. 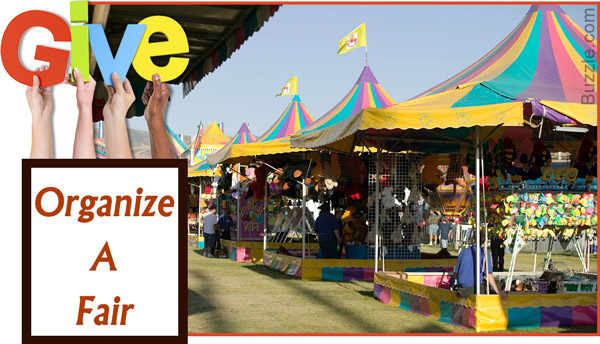 Organize a small fair in your neighborhood over the weekend. Make sure you set up music, food stalls, game stalls, and the likes. You can also organize a special event such as a magic show or a talent competition for kids, which can be highlighted as the main attraction of the fair. You can organize this fair in two different ways. The first option is to fund it yourself, and simply get volunteers for all the stalls and events. The second way is to get a group of people to set up stalls or some event in the fair. From the proceeds, compensate them for the material they used, and the rest can go towards charity. Make sure you give this event enough publicity, so that it attracts a large enough crowd. 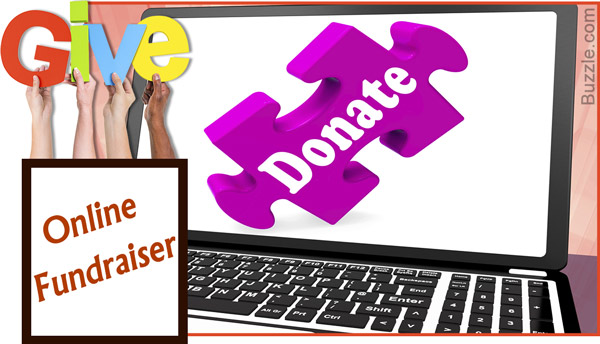 The Internet allows us to do anything we want to. This is true in the case of fundraising as well. You can use the Internet to generate funds for your charity. There are many websites which help users hold a charity. On any search engine like Google, just type the words ‘go fundraiser’ and you will get quite a few websites that help out in charity fundraising. Once you finalize this part, then all you need to do is contact as many friends, family members, colleagues, through email or phone, and give them all the details about the website, and the fundraiser as a whole. This is an inexpensive way of organizing a charity, and the response can be overwhelming. 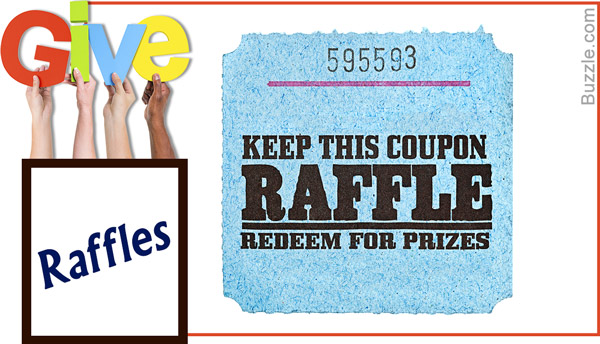 This is by far the most common method used in a majority of fundraising events. Everyone just loves the idea of contributing to a good cause, and at the same time getting a chance to win a prize. This may be done in two ways. In the first method, you determine a buying price for each ticket, and get the prizes sponsored by local businesses and stores, who will also get publicized at the event. In the second method, called the 50/50 raffle, keep half of the proceeds as the big prize for the winner, while the other half goes towards your charity. Besides advertising about the raffle, a good way to bring in the crowds is to have a celebrity for drawing the lots. 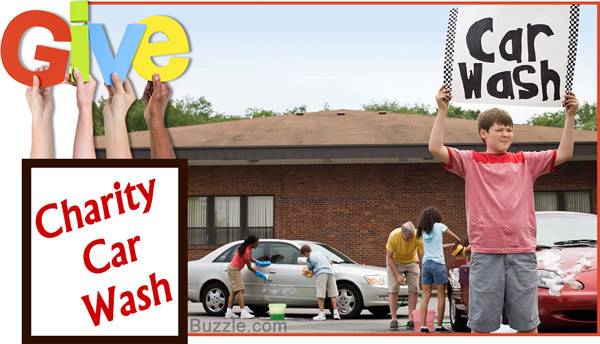 Holding a charity car wash event can be a great idea, especially for high school and college students. It would be better, if some place in the school or college can be used for this purpose. Also, get the school or college to announce and advertise the event, so as to get as many responses as possible. Make sure you have all the material in place, and most importantly, enough volunteers enrolled, to make the event a grand success. Lastly, charge less than the market rate for the car wash to ensure that more and more people turn up. 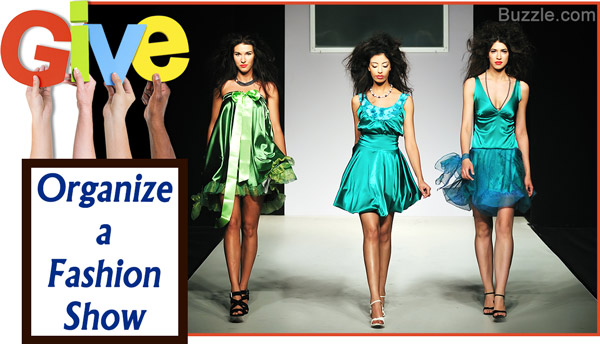 Organizing a fashion show is a cool way to raise funds for a charity. Book a proper venue, and then call for the local stores and boutiques to participate in the event. They would be surely very interested in showcasing their creations and apparel on a public platform. Next, you can either catch hold of professional models or even ask friends and acquaintances to walk the ramp. Many upcoming models would want to be a part of the show, in order to get some exposure. You can also get some sponsors, who may have their ad banners placed at strategic locations around the event venue. You can charge a nominal entry fee for the show. You can also allow the sponsors to sell some of their merchandise at the venue, for which you can charge them as well. All the money that thus flows in, can go to the charity.

Organizing a music show for a charitable cause is a great idea too. If you have a lot of friends who play in bands, half of your work is done. If not, then try to find new and upcoming talent in your city, who would be more than eager to perform at a gig, gain exposure, and may be spotted by some music company, looking for new talent. You will need to book an appropriate venue, say a hall, an auditorium or simply an open-air amphitheater, for this purpose. Ascertain the size of the audience you expect to draw, while deciding the venue. If possible, you can also invite a celebrity guest to the show. Such an event will have to be planned well in advance, so that the ticket sales can be maximized.

On a weekend, you can organize a sports day as a means for raising funds for a charity. If you and your friends are members of a sports club, then this event may be easier to organize. Talk to the authorities at the club, and you may even get the venue at a discounted rate. Then, decide on the games to be included, like tennis, basketball, snooker, and others. Decent prizes will be needed to be kept for the winners. The participants and the spectators will have a great time, and in the process will be contributing towards a noble cause too.

✿ Make crafts, and sell them at a nominal price.

✿ Barter small items such as rubber bracelets for donations.

✿ Organize a pet show, and charge a nominal entry fee that will go to the charity.

✿ First and foremost, choose your favorite charity and ascertain why you wish to donate money to it. This will help you convince your sponsors and the public in general.

✿ Reaching out to people is the key. Publicize your cause and your effort via as many means as you can, so that more and more people can get involved.

✿ Make yourself stand out. There are numerous fundraising adverts everywhere. You need to be genuine and honest, so that people can get convinced by your cause and donate non-hesitantly.

✿ Go back to the donors after adequate funds have been raised and do not forget to thank them for their participation in the cause.

✿ Be sure about the transparency of your transactions. Let everything be in black and white, and do make it available, whenever asked for by the donors.

Raising money for charity can be both, fun as well as a tedious task. What matters is one’s will and determination for the betterment of the society that we live in. Albert Einstein had rightly quoted, “The value of a man resides in what he gives and not in what he is capable of receiving.”