White-collar Vs. Blue-collar Crimes: It’s Nothing Like You’d Think

A murder here, a scandal there. The modern world has evolved into a canvas of unthinkable and extreme crimes. Two of the most vulnerable types are white- and blue-collar crimes. This piece gives a brief account about the differences as well as some interrelations between these two types of crimes. 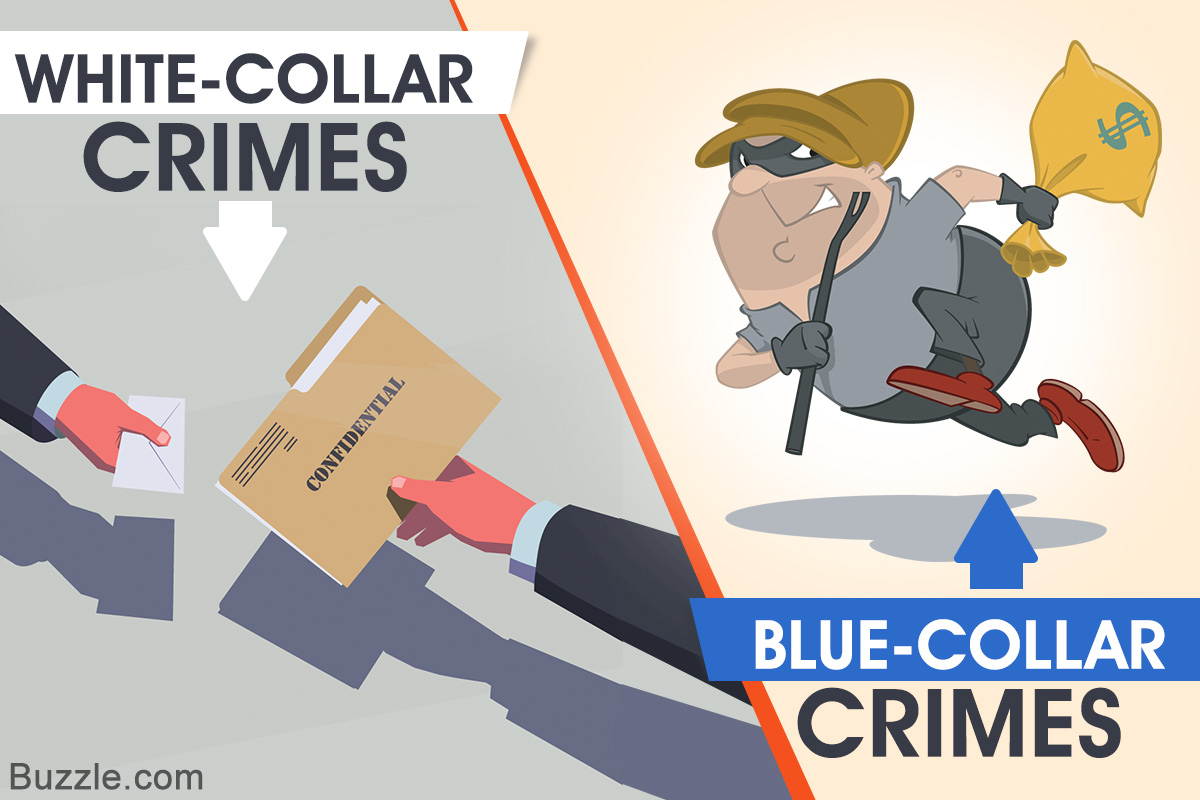 A murder here, a scandal there. The modern world has evolved into a canvas of unthinkable and extreme crimes. Two of the most vulnerable types are white- and blue-collar crimes. This piece gives a brief account about the differences as well as some interrelations between these two types of crimes.

More than 12 million crimes are committed in the United States every year, the highest number in the world at present.

A topic of debate in criminology, for quite a few years, has been the definition and classification of crime itself. The boundaries of the nature of crime and its underlying motives are fading away. What has remained unchanged though, is the apparent consequence of a crime – harm. It may be financial, physical, or psychological. The hardships faced by a victim of a serious crime are intense, and the damages, irrevocable.

Crimes are categorized in broad types, and blue-collar and white-collar crimes come in the same type. The kind of perpetrators, circumstances, and motives of these two types generally differ drastically. One enters your house, while the other enters your bank account. The perils of living in a society where both coexist are strongly felt. Though both the terms are ambiguous, this article chalks out a simplified comparative analysis of white-collar and blue-collar crimes.

A non-violent crime that is committed for some kind of financial gain is referred to as a white-collar crime. These crimes are responsible for directly or indirectly affecting the finances of millions of investors. They are generally committed by well-educated people with high levels of intelligence, which makes them extremely complex in nature. It usually takes a while for such crimes to be unearthed.

The term was coined by sociologist Prof. Edwin Sutherland. He put the definition based on social class, rather than the nature of the crime. It was focused on ‘who did it’, rather than ‘what he did’. The scope for white-collar crimes have elevated profoundly after the Industrial Revolution. Laws were revised, acts were passed, and policies were updated to keep them from happening. Government agencies like the FBI, SEC, and IRS take stringent action against anyone who undertakes any unlawful activities which come under these types of crimes.

The original term ‘blue-collar’ was coined in the 1920s, where the labor class were called ‘blue-collar workers’ due to the color of their uniforms. The other term, blue-collar crimes, came into existence later, referring to the crimes committed by this class of people.

For instance, consider a high level official of a huge corporation indulging in corrupt practices. He has messed up the accounts books, broken the rules, and has put the company in great jeopardy. He has arrived to the point where he can no longer continue the act in concealment. Someone has to be blamed. These are situations when white-collar crimes may become potentially harmful to innocent people involved with the corporation. This official might take up practices like threatening certain employees, or even go up to the point of causing them physical harm.