Real Reasons Why Blood Sports Should Be Banned Right Now

Blood sport is any sport, activity or entertainment in which animal cruelty is involved. There are various animal sports which come under the term blood sport and in this article we will discuss why such sports should be banned...

Blood sport is any sport, activity or entertainment in which animal cruelty is involved. There are various animal sports which come under the term blood sport and in this article we will discuss why such sports should be banned…

According to an online survey in America, more than 13,000 animals die every year due to blood sports. For animal lovers this information might be shocking, but for people who have no knowledge about this inhuman activity, this fact may not create much of a stir. Blood sports usually involve a fight or a competition in which two animals are involved, and the fight ends when one of them dies as a result of injuries. Blood sport is not new; in fact, this entertainment activity has been in practice since hundreds of years and was known as hunting then. During the stone age, hunting was a necessity, but today it has become a popular medium for entertainment.

Even though many countries discourage blood sports and have passed many stringent laws to stop it, still there is not much improvement in the situation. Sports like dog-fighting, cock-fighting, bull-fighting and even spider-fighting are still considered as entertainment by millions and have a dedicated fan base. So why the huge cry on animals fighting each other, and is the ban really necessary?

Yes, blood sports should be banned in every country with immediate effect, because it is a disgusting activity and no good can come out of it. It is really not humane to make animals fight each other as they lack the sensibilities which humans have. Animal cruelty is a huge concern and needs prompt attention. Usually domesticated animals are not dangerous by nature but some people raise them particularly for fighting, so that they can gamble at their expense.

Blood sports involve high-scale gambling which is illegal. In the US most blood sports involving animals are banned and considered a felony. These sports not only result in animal deaths but have a negative effect on the human psyche as well. To make the fight bloodier, many animal fighters administer stimulating drugs to animals to make them last long in a fight.

Many behavioral experts believe that viewing blood sports on a regular basis has a negative effect on the mind and promotes violent behavior in people. Another shocking and disgusting thing about blood sporting events is that even kids are allowed to watch it. It has been observed that kids who are exposed to violence at a tender age grow up to be insensitive towards animals and humans. They are forced to accept these events as a harsh reality of life and this affects their brain development on a large-scale. It has been found that such kids turn out to be bullies in future and often indulge in violent behavior. Many studies have found a direct link between animal abuse and domestic violence.

The blood sport industry is secretive and is usually very difficult for law enforcers to stop. Other than animal fighting this sporting event also attracts all sorts of crimes such as drug dealing, weapons sale, pet theft, and money laundering. Even if such places are raided by the cops, the animals seized are so aggressive that it is not easy to tame them and ultimately most of them are euthanized.

People who know about these events should immediately report it to the law. There are various laws in the United States which help make sure that such inhuman practices are dealt with strict action and strong penalties so that others think twice before participating in blood sports. Stopping a single animal fight will certainly not stop the entire network but it will surely hamper its progress.

I hope now you understand the pain that these animals suffer just for human entertainment. For detailed information, people can visit federal agencies like Animal Abuse Prevention Agency (AAPA) or The American Society for the Prevention of Cruelty to Animals (ASPCA) and slowly eradicate this inhuman practice of animal cruelty. 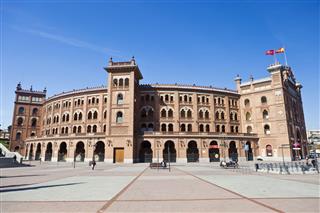