The Ugly Secrets of Animal Testing in the Cosmetic Industry

Animal testing in the cosmetic industry is known to use inhuman methods to test various products. There will always be arguments for and against such kind of testing. Here's a look at some ways adopted by companies all over the world to make sure their cosmetic products are not harmful to humans. 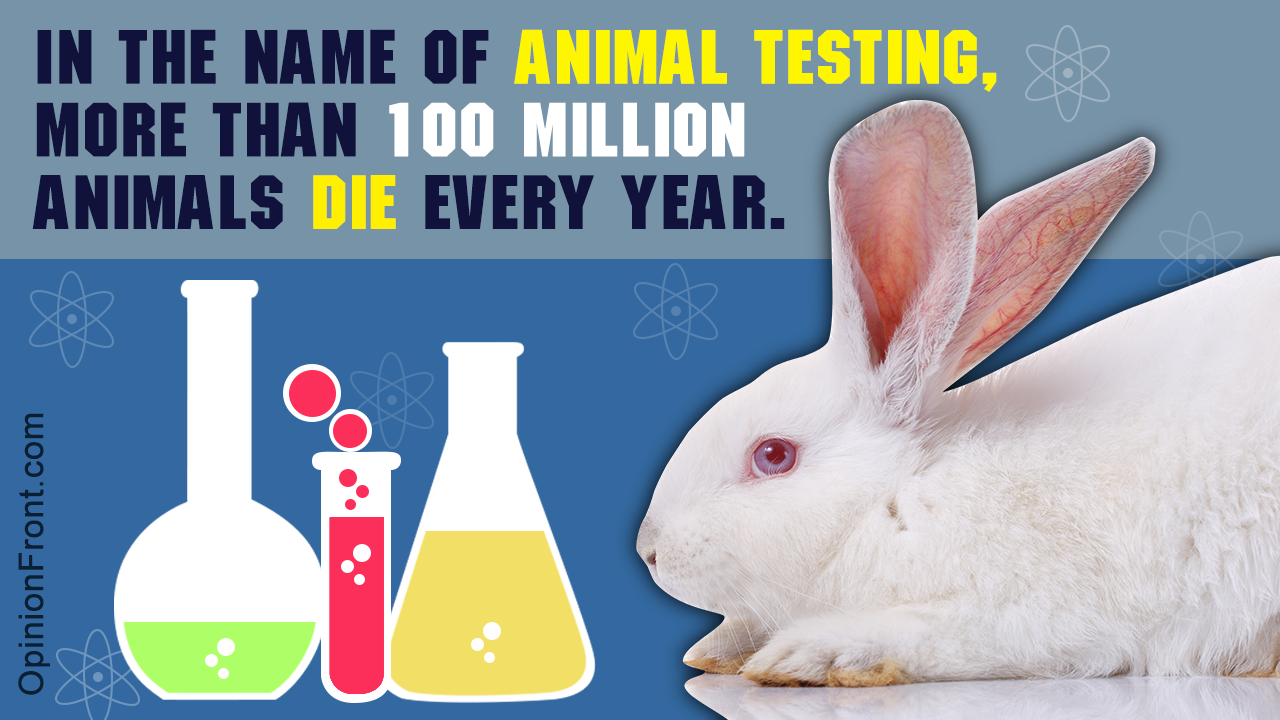 Animal testing in the cosmetic industry is known to use inhuman methods to test various products. There will always be arguments for and against such kind of testing. Here’s a look at some ways adopted by companies all over the world to make sure their cosmetic products are not harmful to humans.

In simple terms, a cosmetic product is a merchandise that is contrived to cleanse, perfume, and shield the body. Such products comprise shampoos, conditioners, soaps, shower gels, shaving creams, sunscreen and body lotions.

Animal testing is the use of animals in experiments pertaining to products that benefit mankind. Cosmetic testing on animals is a controversial issue; although banned in the UK, Belgium, and the Netherlands, tests on animals for cosmetic products still prevail in the United States. In 2002, the European Union agreed to put a near-complete ban on selling cosmetic products which have been tested on animals; this ban was effective from 2009.

The Need for Testing

While there are numerous disadvantages associated with animal testing in the cosmetic industry, companies have time and again stated that there are benefits incurred from these tests too. Apart from having an edge over the companies who do not carry out such tests, they claim that the testing is carried out while keeping the health of the customers in mind. By assuring the customers that their products are not harmful, they are thus keeping the customers satisfied, and reducing the chances of possible lawsuits. Also, certain companies support the use of animals such as mice in testing, since they reproduce at an alarming rate and are pests. Thus, instead of using the products directly on consumers and then getting to know that there are side effects, testing them on animals is a safer bet.

Draize Test for Eye Irritancy
The Draize Test was formulated in 1944 by toxicologists working for the Food and Drug Administration (FDA), John Draize and Jacob Spines. This state is controversial and has been opposed by many organizations including PETA, but the FDA supports this way of experimenting by claiming that no other tests have been accepted by the scientific community in place of the Draize Test. Over the years, the usage of this test has reduced in the US due to its controversial nature.

Aim: To ascertain the degree of irritancy when the cosmetic product is applied on humans.

Method: The test includes application of 0.5g of the product into the eyes of rabbits, and then locking the rabbits in stocks for a specific amount of time (usually between 7 to 14 days). The rabbits are kept under observation for signs of redness, swelling, any sort of discharge from the eyes, and blindness. If the rabbit remains unaffected by the test, it may be used again for a different test after it is thoroughly cleaned.

Effects: Contrary to what companies claim, rabbits’ eyes are not similar to human eyes. Rabbits have three eyelids and comparatively lesser tear fluid to wash away the test substances. They also have a very thin and a vulnerable cornea. Thus, most of the time, the consequences of this test include bleeding, ulceration, severe damage to the cornea, and blindness.

Draize Test for Skin Irritancy
The Draize Test is also used for determining the level of skin irritancy.

Aim: To deduce the level of skin irritancy on human skin, caused by cosmetic products.

Method: A patch of the animal’s fur is shaved off, and about 0.5g of the test substance is applied to it. The animal is then locked up in a place where it is unable to move, for 7 to 14 days. It is later examined for signs of edema and erythema. After examination, if the animal is fit, it is used for another test; but it is euthanized if it has experienced irrevocable damage to the skin.

Effects: Extreme inflammation of the skin and bleeding.

Inhalation Test
As the name suggests, this test is used to observe the effects of inhalation of toxic substances, in animals.

Aim: To determine the duration and the amount of chemical substance used in the product required to kill a particular animal within a defined time.

Method: Animals are either sprayed with the product, or it is tied to the head by an inhalation mask. Sometimes, they are also put in inhalation chambers, where the chemicals in the products are pumped from an external source.

Effects: All the animals involved in the test are killed, and taken to laboratories for detailed examination.

With increasing protests and concerns over the suffering and killing of animals, scientists and state governments have stated that animal testing should be performed only when it is an absolute necessity. They have established the ‘three Rs’ rule. This rule is used as a guideline in most countries where animals are used as subjects for research and testing.

Replacement: Implies that non-animal methods should be preferred over the usage of conscious animals, without affecting the purpose of the study.

Reduction: Reduction suggests opting for methods where a considerable amount of information is garnered by subjecting minimum number of animals to tests.

Refinement: It refers to relieving the pain that animals go through, by keeping their welfare in mind.

Facts and figures suggest that the lives of innocent animals are at stake, besides the pain that they have to go through, so that humans can look good. We can help in preventing this by buying products that are not tested on animals. Most companies have the message or a logo on the product itself, and you can do your bit by influencing others to join you in your endeavor against animal testing. Talk and spread the word to ensure that people refrain from using such products. Check out local groups that support such causes and lend a helping hand. Do your bit in saving the lives and suffering of scores of innocent animals.