Pros and Cons of Euthanasia – The Right to Die or Kill

Is mercy killing humane? Do we have the right to assess whether a life is worth living? Should euthanasia be practiced only in the terminally ill people, or for the debilitated and mentally ill too? Yes, it may seem sad to see the one we love suffer, but at the end of the day, can we take matters into our own hands and decide to end another life? Well, it's hard to say!

Is mercy killing humane? Do we have the right to assess whether a life is worth living? Should euthanasia be practiced only in the terminally ill people, or for the debilitated and mentally ill too? Yes, it may seem sad to see the one we love suffer, but at the end of the day, can we take matters into our own hands and decide to end another life? Well, it’s hard to say! 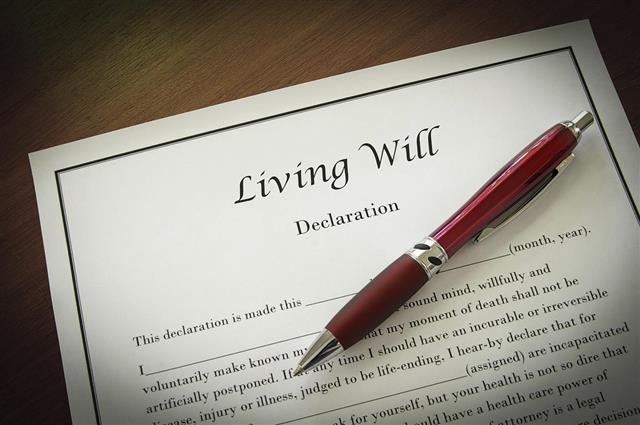 The word euthanasia is derived from the Greek language where ‘eu means good’ and ‘thanasia means death’. Euthanasia also known as mercy killing.

Euthanasia is a way of painlessly terminating the lives of those who are either suffering from an incurable disease or are in immense pain. This form of assisted suicide is done with the ‘humane’ motive of easing one’s pain and suffering.

Although doctors are put under oath to not be a part of euthanasia, there are some countries that permit this legally. While the practice has been legalized in countries like Belgium, Switzerland, America (Washington and Oregon) and the Netherlands on certain grounds after family consent, it still continues to be an issue of contention in these countries even today.

It is a topic that is sure to have a thousand opinions. It is definitely not an issue to be taken lightly. Let’s take a look at the following debate that will help us understand the reasoning for & against mercy killing.

Death with Dignity (Pros of Euthanasia)

Sometimes people mention in their wills, that if they ever get into such a situation where it seems hopeless or too much to bear, that the family should allow him/her to die.

An individual should have the liberty to choose induced death if he is suffering from an incurable disease where even the best treatment doesn’t improve his quality of life.

Legalizing euthanasia would help alleviate suffering in terminally ill patients. It would be inhuman and unfair to make them endure the unbearable pain.

While killing someone in an attempt to defend ‘self’ is acceptable by law, mercy killing is seen as act that is highly immoral in nature. The motive of euthanasia is to ‘aid-in-dying’ painlessly and thus should be considered positively by the lawmakers.

A doctor is expected to help treat the sick by prescribing medicines that will relieve the patient’s suffering (at any cost) even if the medications potentially give rise to serious side effects. This means dealing with distress should be the priority even if it affects one’s life expectancy. Euthanasia follows the same theory of dealing with torment in a way that it helps one die peacefully out of possible peril.

Euthanasia should be a natural extension of patient’s rights allowing him to decide the value of life and death. Maintaining life support system against the patient’s wish is considered unethical by law as well as medical philosophy. If the patient has the right to discontinue treatment, why would he not have the right to shorten his lifetime to escape the anguish? Isn’t the pain of waiting for death more traumatic?

Health care expenditure is and will always be a concern for the family irrespective of the euthanasia laws, and only those who can afford a prolonged unproductive treatment will continue to do so. A section of those in support of mercy killing often ask whether it is rational to keep a person – who has no hopes of survival, alive on a support system when our medical infrastructure is already under immense pressure.

It can thus be inferred that though euthanasia is banned worldwide, passive euthanasia has always been out there and moreover law doesn’t prohibit it. Disrespect and overuse of (passive) euthanasia has always existed and will always be practiced by surrogates with false motives. These are the ones who don’t need a law to take one’s life. The existing legal restrictions leave both the incurable patients as well as pro-euthanasia activists helpless who approve euthanasia as a goodwill gesture for a patient’s dignity.

Respect the Sanctity of Life (Cons of Euthanasia)

Those against this practice most often resort to ethics and morality in their tirade against it. They argue that mercy killing is an unethical practice because killing a person – for whatsoever reason it is, cannot be justified. Here’s giving you the cons of euthanasia and how people deal with the idea of it.

Mercy killing is morally incorrect and should be forbidden by law. It is homicide and murdering another human cannot be rationalized under any circumstances.

Family members would take undue disadvantage if euthanasia was legalized by influencing the patient’s decision into it for personal gains. Also, there is no way you can really be sure if the decision towards assisted suicide is voluntary or forced by others.

Even doctors cannot firmly predict about the period of death and whether there is a possibility of remission with advanced treatment. So, implementing euthanasia would mean many unlawful deaths that could have well survived later. Legalizing euthanasia would be like empowering law abusers and increasing distrust of patients towards doctors.

Mercy killing would lead to the ‘slippery slope effect’, which is when those who are unable to voice their desires, are put to death like the senile, or a baby or someone in a coma and so on. It would cause decline in health care and cause victimization of the most vulnerable sections of society. Perhaps, mercy killing would transform itself from the ‘right to die’ to ‘right to kill’?

All the religions believe euthanasia to be an act of murder, with no one’s right to end life or be the judge of what happens next. Apart from these reasons, there are certain aspects where there is a greater possibility of euthanasia being messed up with.

How would one assess whether a disorder of mental nature qualifies mercy killing? What if one’s pain threshold is below optimum and the patient perceives the circumstances to be not worthy of living? How would one know whether the wish to die is the result of an unbalanced thought process or a logical decision in mentally-ill patients? What if the individual chooses assisted suicide as an option and the family wouldn’t agree?