Are Security Cameras an Invasion of Privacy? Read Before Judging

It has been proven that security cameras ensure a great deal of safety, and also aid in the process of crime investigation. But, do they also invade our personal privacy? Let us make an attempt to find out.

Home / Uncategorized / Are Security Cameras an Invasion of Privacy? Read Before Judging 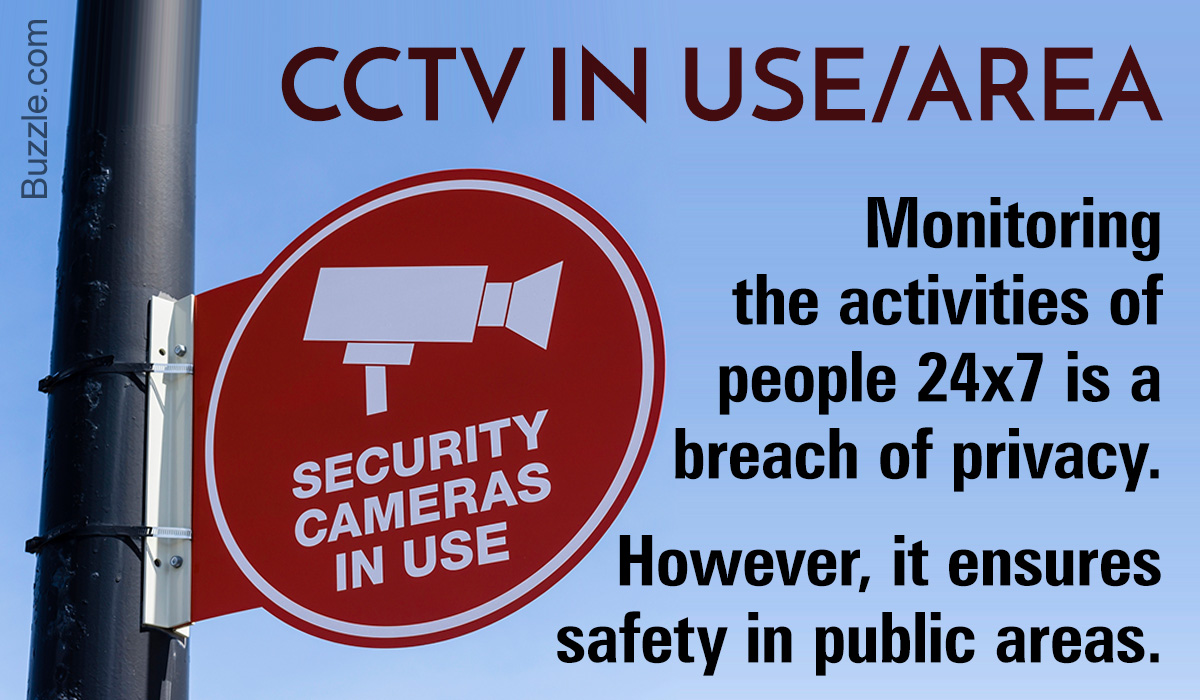 It has been proven that security cameras ensure a great deal of safety, and also aid in the process of crime investigation. But, do they also invade our personal privacy? Let us make an attempt to find out.

“Taking privacy cues from the federal government is – to say the least – ironic, considering today’s Orwellian level of surveillance. At virtually any given time outside of one’s own home, an American citizen can reasonably assume his movements and actions are being monitored by something, by somebody, somewhere.”
― Bob Barr

“Big Brother Is Watching You.” Does that hit a chord? One of the most popular television shows in the world is based on the idea of 24X7 surveillance of people taking part in it. The show is so popular, probably because the viewers like to see what the inmates of Big Brother’s house do from dawn to dusk. But, ask the greatest fans of Big Brother about their take on the idea of 24-hour surveillance, and most of them would unanimously react by saying that it is a big-time breach of their privacy. That brings us to a question of whether installing security cameras on streets, in public places, and at every other place possible is really a good idea. Let us try to get answers through this OpinionFront article.

It is not very difficult to find security cameras installed at various places these days. Several nations around the world have realized the tremendous potential that these devices have, especially in the fight against crime. After all, these days, when crime has risen to a considerable extent, the security and law enforcement agencies need to keep a keen eye on the various immoral, illegal, and antisocial happenings, so as to curb them and punish the culprits.

Security cameras are essentially installed at various public places, streets, etc., so that everything that goes on in their vicinity can be clearly monitored. This ensures, not only the safety of a particular premise (for instance, a shopping mall or jewelry store), but also of people within and around it. It has been observed in numerous instances that the mere presence of security cameras at certain strategic locations or public places, many a time, deters antisocial elements from committing criminal offenses, such as robbery or murder, for that matter.

The aid that security cameras have been providing to various law enforcement agencies throughout the world in catching culprits, seems to be indeed unparalleled at times. Not only the law enforcement agencies themselves, but also the entire world has seen how security cameras can help gather important evidence in case of extreme crimes, like bomb blasts and other kinds of terrorist attacks.

Among the most notable instances of this are the Boston Marathon bombings that took place in 2013, and the 2008 Mumbai attacks. In both these instances, the security cameras played an extremely vital role. These mighty devices managed to capture a substantial amount of footage of the happenings on that particular day. But more importantly, the cameras also captured pictures of terrorists, who were responsible for carrying out those bombings.

Thus, security cameras can provide extremely vital evidences, which can aid the law enforcement agencies in subsequent investigations, and capture the actual culprits, thus in turn, aiding to curb the crime rate.

Despite the fact that a security camera is an awe-inspiring device that eases to a great extent, the process of investigation of the security forces, some people still argue that the device also possesses an unethical angle of breaching one’s privacy. It has been argued that every human being has a right to have his/her own privacy. Security cameras tend to constantly monitor a particular place, and thus by default, all the people who are present therein.

Therefore, after the Boston Marathon bombings, while several people demanded more surveillance cameras to be installed at public places, some critics of the device, such as a Washington University Professor, Neil Richards, dismissed the idea, saying that such a move would be dangerous for the civil liberties of the citizens.

It is important to note at this juncture that although many people may consider national and social security to be more important than one’s personal privacy, the criticism of surveillance cameras is not completely invalid or without any logical reasoning. According to the Boston Police Commissioner, Edward F. Davis, installation of extra surveillance cameras would give rise to a “police state”, which he himself does not want. Critics further state that installing security cameras leads to the perpetual monitoring of people by security forces, and eventually by the government, and this is very harmful to the intellectual privacy of people. In simpler words, people would be under the constant burden of being constantly viewed from some unknown location by an unknown person.

With widespread corruption occurring these days, there are millions of people the world over, who are not very comfortable with the governments having too much information about them. Some opine that corrupt authorities may misuse information, and harass or blackmail certain groups. Though this may not happen at all times, it may in some rare cases, especially in autocratic or dictatorial countries.

Irrespective of the fact that surveillance cameras may, indeed, affect the privacy of people in an adverse manner, we cannot deny that they have become a necessity these days. Today, racism, terrorism, etc., are burning issues, and surveillance cameras have proven to be of great help in giving important leads to police investigators. We know that even surveillance cameras, like computers may make mistakes; they can even be misused at times. But, as responsible citizens of the world, it is important that we prioritize between safety and privacy. All of us would then have our answer.