Here is a compilation of arguments that are often cited by those in favor of gun control. It will help you understand why exactly these people are prompted to support this concept.

Here is a compilation of arguments that are often cited by those in favor of gun control. It will help you understand why exactly these people are prompted to support this concept.

A significant rise in the number of public shootouts in the United States over the last couple of years, has rekindled the gun control debate, a topic that has divided the entire world into two groups: those in its favor and those against it. Both groups are armed with several arguments on the basis of which they have taken their stand.

Gun control refers to the administration’s efforts to keep a check on sale and use of guns by the citizens within their jurisdiction. The laws revolve around the sale, ownership, usage, and the distribution of firearms. They usually differ from one area of jurisdiction to another. Such laws include the National Firearms Act (1934), Gun Control Act (1968).

In 2014, a Gallup poll revealed that 47% Americans were in favor of stricter laws pertaining to the sale of firearms; down by 2% since 2013 and 11% since 2012. If the statistics put forth by the Center for Disease Control and Prevention (CDC) are to be believed, 10.6 firearms-related deaths are reported from the United States for every 100,000 people.

Arguments in Favor of Gun Control

Activists have been lobbying for strict execution of gun control for quite some time now. Most of the reasons they cite revolve around the basic concept of safety of individuals. Those in favor of gun control are of the opinion that implementing it would reduce the number of firearms-related incidents. Over 12,000 people died from such incidents in 2013. 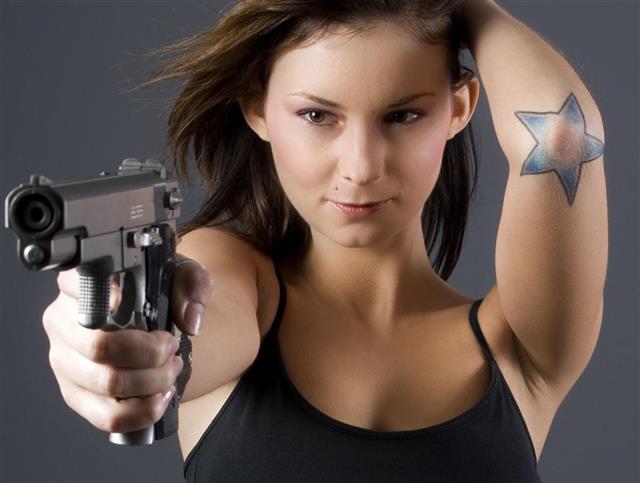 Strict implementation of this concept will also make sure that the guns don’t land in wrong hands. A large number of firearms-related accidents are attributed to juveniles and children; gun control will ensure firearms are kept out of reach of minors.

The chances of your gun being stolen and used for criminal acts cannot be ruled out. Those who are for gun control feel that regulation of ownership of guns will attend this problem as well.

A large number of people commit suicide using firearms, especially when they are subjected to mental trauma. In such cases, gun control will ensure that those with such medical history don’t get to own guns or use them. In the end, guns, which are already dangerous, become even more dangerous when they go in the wrong hands.

As in the case of people in favor, people who are against gun control are also armed with arguments supporting their stand. Those who oppose it, argue such restrictions will only pressurize the law abiding citizens―not the criminals, and they are of no use. They argue that the onus is on the administration to ensure that misuse of firearms doesn’t occur.