A Brief Insight Into the Unique Concept of a Divided Government

Is a divided government better than a unified or one-party government? A brief insight of the concept might just help you come to a conclusion. 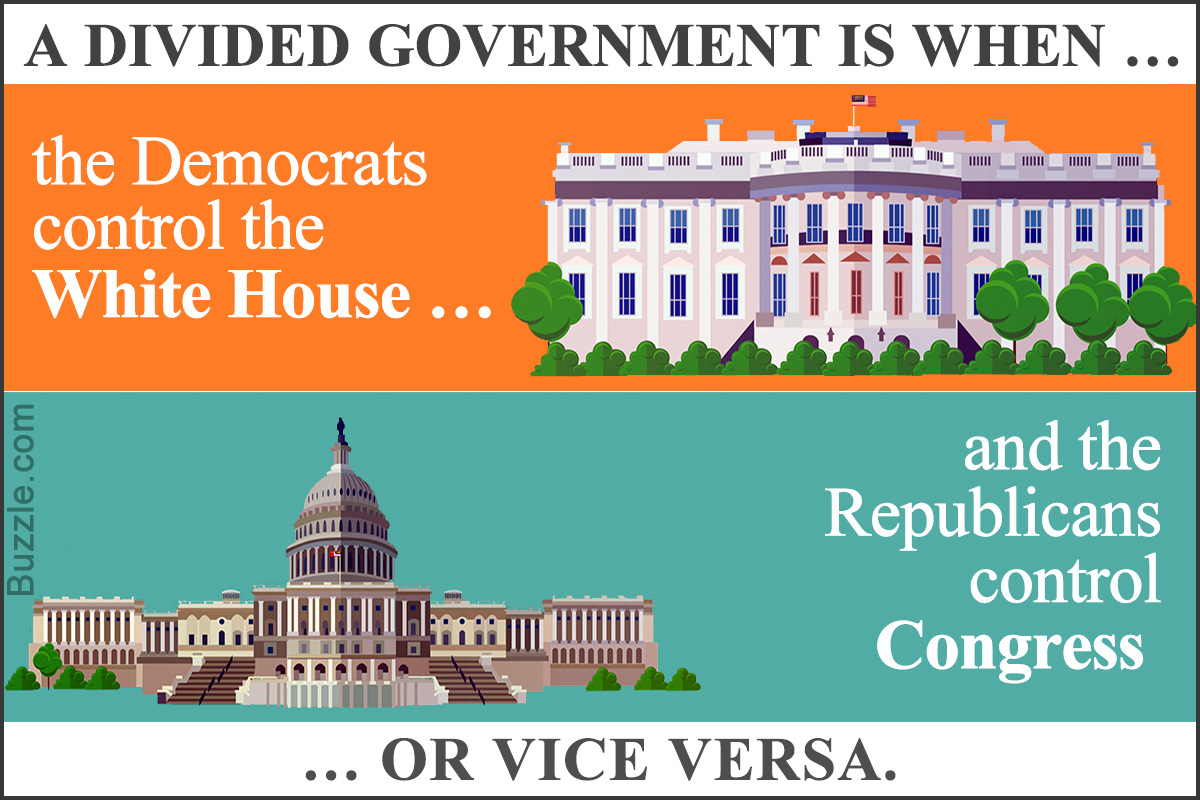 Is a divided government better than a unified or one-party government? A brief insight of the concept might just help you come to a conclusion.

In a Gallup poll conducted earlier this year, only 28 percent Americans said that a divided government was a better choice. As opposed to this, 30 percent favored a unified or one-party government, while 37 percent opined that it didn’t make any difference.

By definition, a divided government is one where different branches of the government are controlled by different political parties. It is based on the concept of separation of powers between the executive and legislative branches. In the context of the United States, a divided government would be a scenario where one party controls the White House, while the other party controls Congress, i.e., the Senate or the House of Representatives.

The concept of divided government doesn’t come into play in countries like the United Kingdom or India, as the executive head, i.e., the Prime Minister, in these countries is elected by the party which has control of the lower house, i.e., the House of Commons and Lok Sabha, respectively.

Divided Government in the US

In 2011 – 2013, the Republicans regained control of the House of Representatives, and retained it through the 2013 – 2015 term. In the aftermath of the recent polls, they have also gained control of the Senate for the 2015 – 2017 term. If the Grand Old Party gains control of the White House, come 2017, then we might see a one-party government in the US once again.

So the glaring question here is, why do Americans choose a candidate from one party as their President or executive head, and send candidates from a different party to Congress?

Why Does This Situation Occur?

According to Gallup polls conducted in 2013, 42 percent Americans identified themselves as independent voters that year. This rise of independent voters is one of the main causes of a divided government in the United States. After all, with no political affiliation, these voters are highly likely to vote for different parties in different elections.

Let’s say most independent voters voted for a particular party in the presidential polls. A year or two down the line, unhappy with the way that party performed, most of these voters voted for a different party during the Senate elections. So, the White House is in control of the first party, while the Senate is in control of the second party. End result: a divided government; courtesy, independent voters.

Experts believe that most people who step out to vote during the midterm polls are the ones who are not happy with the President’s policies, and therefore, they are more likely to vote for the ‘other’ party. One again, end result: a divided government.

Pros: Those in favor of a divided government argue that it upholds the values of democracy for various reasons. For starters, it ensures that both parties participate in the overall process of running the government. In the case of a unified government, the party in opposition can simply walk away from responsibilities or take the role of a destructive opposition. In the case of a divided government, on the other hand, both parties have to work together even if they poles apart on the left-right political spectrum.

If it’s a divided government, parties have to opt for a middle path while wording on a bill, as it needs Congressional approval. If the same party has control over the White House and Congress, the chances are that the bill will reflect its extreme right or extreme left views, as it won’t have to worry about Congress sending it back. Also, Congress can effectively work as a watchdog instead of a lapdog, which is likely to be the case when the White House, Senate, and the House of Representatives are in control of a single party.

Cons: On the flip-side, it has quite a few problems as well. The foremost disadvantage of a divided government is that it results in a gridlock. If the White House is in control of a particular party, and the House of Representatives and Senate in control of the other party, then there are bound to be sparks. After all, the President wields veto power, while Congress has the key to the treasury.

Secondly, it increases partisanship, as politicians nowadays seem more devoted to the party. Gone are the days when conservative Democrats would even contemplate supporting the Republicans in Congress. In such cases, a divided government becomes all the more harmful for the country as a whole.