The Real Meaning of Amnesty in Terms of Illegal Immigration

There are several laws and acts that define the status of citizenship conferred upon an individual, especially in dual situations - when the country of birth and migration are not the same. One such act is the Amnesty act which draws a fine line between legal citizens and illegal citizens. 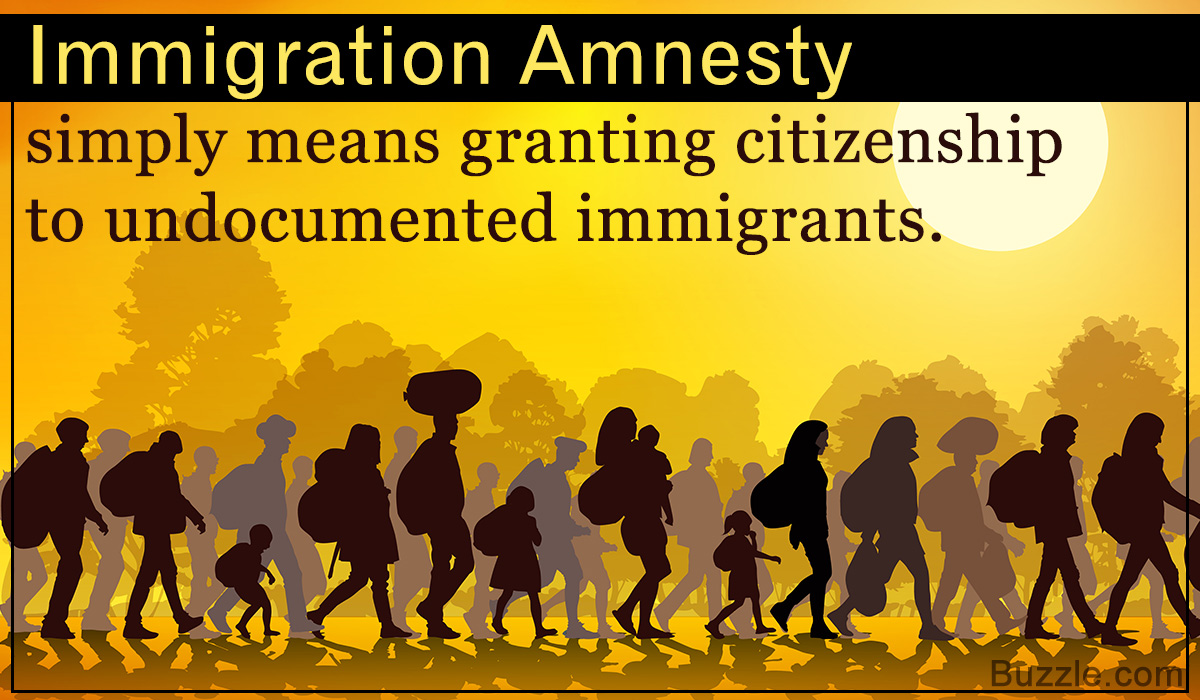 There are several laws and acts that define the status of citizenship conferred upon an individual, especially in dual situations – when the country of birth and migration are not the same. One such act is the Amnesty act which draws a fine line between legal citizens and illegal citizens.

After the Afro-Americans gained their rightful place as American citizens, it was now the time to jot down more eventful chapters in the American history. After a long and bloody series of events, democracy dawned upon America, but the enthusiasts of the American Civil War bore the brunt of this long and tedious war that brought the much-needed freedom for the ‘blacks’. These propagandists of the war were treated in a different eye. They were proclaimed as the rebels who conspired against the state of America. Needless to say, the price they had to pay for the same were nothing short of abandonment.

Several laws and acts were passed, some of them being the Reconstruction Act and the other amendments like the 14th Amendment. These were aimed to bring back the lost Southern states back under the umbrella of America, also diminishing the position of the war enthusiasts. However, in due course, came the Amnesty act which changed the position of these individuals in more than one way. One of them is the Amnesty act in terms of illegal immigration. Let’s find out more about it in the trailing sections of this article.

What is Amnesty – definition

► The Amnesty act is the United States federal law which was passed in the year 1872. This act paved the way for the ex-confederates to regain their lost power to vote.

► Those secessionists who participated in the American Civil War were treated as rebels, and hence prohibited from exercising their right to vote, or hold any office of government. Amnesty is the act of forgetting the crime committed and forgiving the criminal.

► The significance of Amnesty today lies in forgiving those who are accused of murder, and those who illegally infiltrate into other countries.

► The act of coming into a particular country and staying there permanently, is known as Immigration. When this is done without attaining proper citizenship of that country, that is, not fulfilling the norms of Immigration, it is then termed as Illegal Immigration.

► It also encompasses those foreigners who entered the country lawfully, but their authorization documents to remain there have expired.

► As Amnesty is the act of forgiving and forgetting the crime, Amnesty to illegal immigrants means to forget the illegal trespassing into the country. It awards legal status of citizenship to the foreigners in the United States.

► It is given to those who came into the US unlawfully, and also to those who obtained the necessary permission to stay, but whose permission has expired. But having said this, it is quintessential to know that Amnesty for illegal immigration is rewarded only to a particular category of immigrants and also at the fulfillment of some essential criteria on the part of those immigrants.

► Also, another qualifying criterion is that, the person must not be guilty of breaching any other law or committing other criminal acts.

PROS and CONS of AMNESTY

PROS
❖ One of the most prominent benefits of Amnesty to illegal immigrants is that, it provides the American employers to hire cheap labor.

❖ Amnesty also ensures more revenue from taxes, thereby improving the quality and stability of the economy.

❖ The supporters of Amnesty also argue that, it leads to the immigrants to take up the jobs which perhaps were not taken up by the Americans.

❖ It keeps up family integration. Anyone born on American soil is an American, by virtue of his birth. Thus, children of the non-native Americans are Americans. Amnesty allows these parents and their wards to live together.

❖ The endeavor to curb anti-social and terrorist elements can be maximized, instead of focusing on the illegal immigrants. This can be achieved only through Amnesty.

CONS
❖ One of the most talked about criticism of Amnesty is that, it is awarded to those who break the law. In the process, it benefits those who don’t abide by law, discouraging those who adhere to the law. Thus, unjust.

❖ Because of Amnesty, these illegal immigrants take up the jobs which perhaps were to be done by the Americans. Also, as they take up these jobs at low wages, it automatically lowers down the monetary value of the job.

❖ The cost of maintaining healthcare and general welfare of the citizens is sure to escalate, as the number of the recipients increases. Granting citizenship to the illegal immigrants propels it further.

❖ Lastly, the concept of overpopulation is a growing threat to most countries across the globe. America would further clutch in the same, if Amnesty is not restricted.

Immigration Reform and Control Act of 1986

Also known as the Simpson Mazzoli Act, this act granted almost 3 million immigrants as US citizens. It is one of the most prominent occasions when the terms of the act prohibited any US employer from hiring illegal immigrants. It allowed only those people who came into the US on or before 1982. It required them to prove that they weren’t guilty of any unlawful act, and also possessed some knowledge about the English language and American history.

To support the Amnesty act of illegal immigration or to denounce the same is a pressing issue in the present times. Since time immemorial there have existed two opposing factors regarding significant phenomenon which are thought-provoking and call for much debate. Amnesty is one such phenomena which is far from being accepted unanimously.