What is the Meaning of Capias Warrant and When is it Issued?

A capias warrant is one that is issued if a person is held in contempt of court. However, there are many aspects to this powerful document. OpinionFront explains what a capias warrant is, in detail.

Home / Uncategorized / What is the Meaning of Capias Warrant and When is it Issued? 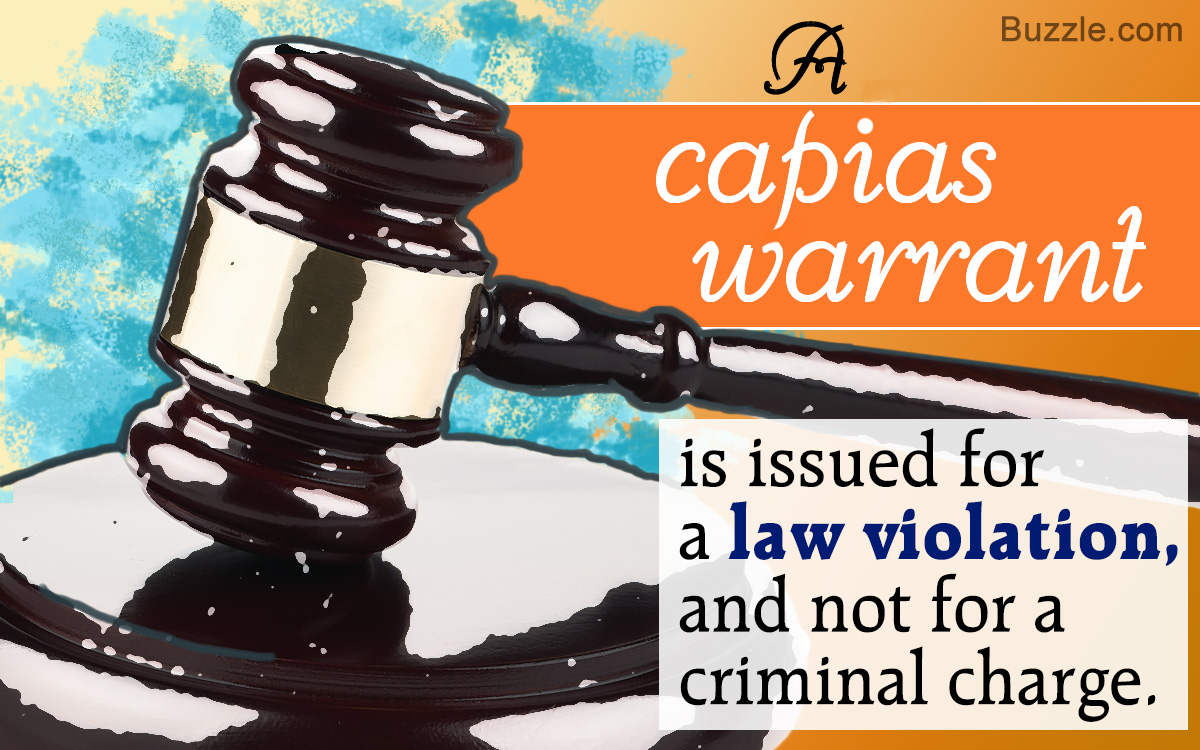 A capias warrant is one that is issued if a person is held in contempt of court. However, there are many aspects to this powerful document. OpinionFront explains what a capias warrant is, in detail.

There is a common misconception among people that a warrant issued in one state is not valid in another. On the contrary, any warrant issued anywhere in America is valid throughout the country, unless any law expressly states otherwise.

In this age of high-tech gadgets and a thirst for adventure, each one of us has watched at least one crime show on TV. You may have become familiar with a very common dialog repeated by the cops on the shows – “We have a warrant for your arrest. You need to come with us. This officer will read you your rights”. The word ‘warrant’ is used extensively on these programs; however, these are mostly arrest warrants. Arrest warrants are issued when a person has committed a criminal offense. However, this is not the only type of warrant there is; another one that comes very close to it in nature and is hence often confused with it is the Capias Warrant. A strange name, yes, but it has a nice meaning behind it. Curious yet? The following paragraphs answer some basic questions about a capias warrant, and also state the situations in which one may be issued.

What does a capias warrant mean?

Answer: The word capias is of Latin origin, meaning ‘for the taking of’. A capias warrant, also known as a bench warrant, is one issued by a court judge for necessitating someone’s appearance in court. If a person has failed to comply with a court order for presenting him/herself on a particular day for a particular purpose, then a capias warrant is issued against him/her.

How long does it last?

Answer: A capias warrant does not have a time limit for validity. It is indefinitely valid, i.e., it lasts forever.

What does the warrant contain?

Answer: A capias warrant must contain the following particulars.

What happens after it is issued?

Answer: The person against whom the warrant is issued is arrested and detained until the violation that he/she has committed is addressed or the issue is resolved. However, the court gives the detainee a reasonable opportunity to be heard. If the court is satisfied that the detainee had sufficient cause for being unable to comply with the issued orders, then he/she may be let go. However, if the detainee is unable to present such a cause, then he/she will be punished accordingly.

How is it different from an arrest warrant?

Answer: An arrest warrant is issued when a person has been found guilty of a crime and charged. A capias warrant is issued for those who are in contempt of the court (i.e.do not follow the directions given by the court). Though the basic natures of these warrants are different, the consequences are the same. The person is arrested and detained, and subsequently tried.

When can a capias warrant be issued?

Answer: There are some specific situations under which this warrant is issued. Some of the important instances are listed below.

Probation has been defined as ‘the release of an offender from detention, subject to a period of good behavior under supervision’. When a person is let out on probation, the court agrees to drop all charges if he/she abides by the conditions or restrictions put forth for the duration of such probation. These conditions can involve not dealing in drugs, not resorting to violence, not leaving the city or town of residence, visiting the probation office regularly, etc. If a probationer violates any of these regulations at any point of time, then the court can issue a capias warrant for his/her arrest. The probationer has to do subsequent jail time until any further proceedings begin.

Failure to appear in court

People are called to the court for various reasons every day. A court may order someone to appear for a proceeding or hearing, either to testify or otherwise. When such a person fails to appear, the judge can issue a capias warrant in his/her name. That person is then rounded up by the authorities and presented before the court. He/she is, of course, given a reasonable chance to be heard. The court then decides the punishment according to the nature and seriousness of the default.

Child support is paid in case of a divorced couple having children. The spouse who does not have primary custody of the children is entitled to pay to the other, a certain amount every month, to meet the child’s basic, educational, and medical expenses. This amount is in the sole interest of the child. If the parent begins to lag behind on payments, then two courses of action can follow. One, the court can issue an arrest warrant. Two, if the other spouse lodges a complaint, then the court issues a capias warrant. If the defaulting parent can show sufficient cause for the violation, then the court will direct him/her to pay off the amount some other way. However, if he/she does not have a solid cause, then the consequences can be severe, right from having their driving license suspended to having their property seized by the court to source the funds.

Failure to pay any amount

If a person has not paid any fines in the nature of parking tickets or any other penalties for any defaults even after receiving sufficient notice, then a judge can issue a capias warrant for the presentation of this person before the court. The person is given the option of paying up, or sitting in jail until such time as he/she agrees to pay.

This was all about the capias warrant. This is a very important piece of paper that can change a person’s life significantly. This is why it is always better to obey the law rather than pay the price.