A Brief Explanation About Direct Evidence Along With Examples

We will put forth a brief explanation about 'direct evidence', and at the same time also explain how it differs from 'circumstantial evidence'.

Home / Uncategorized / A Brief Explanation About Direct Evidence Along With Examples 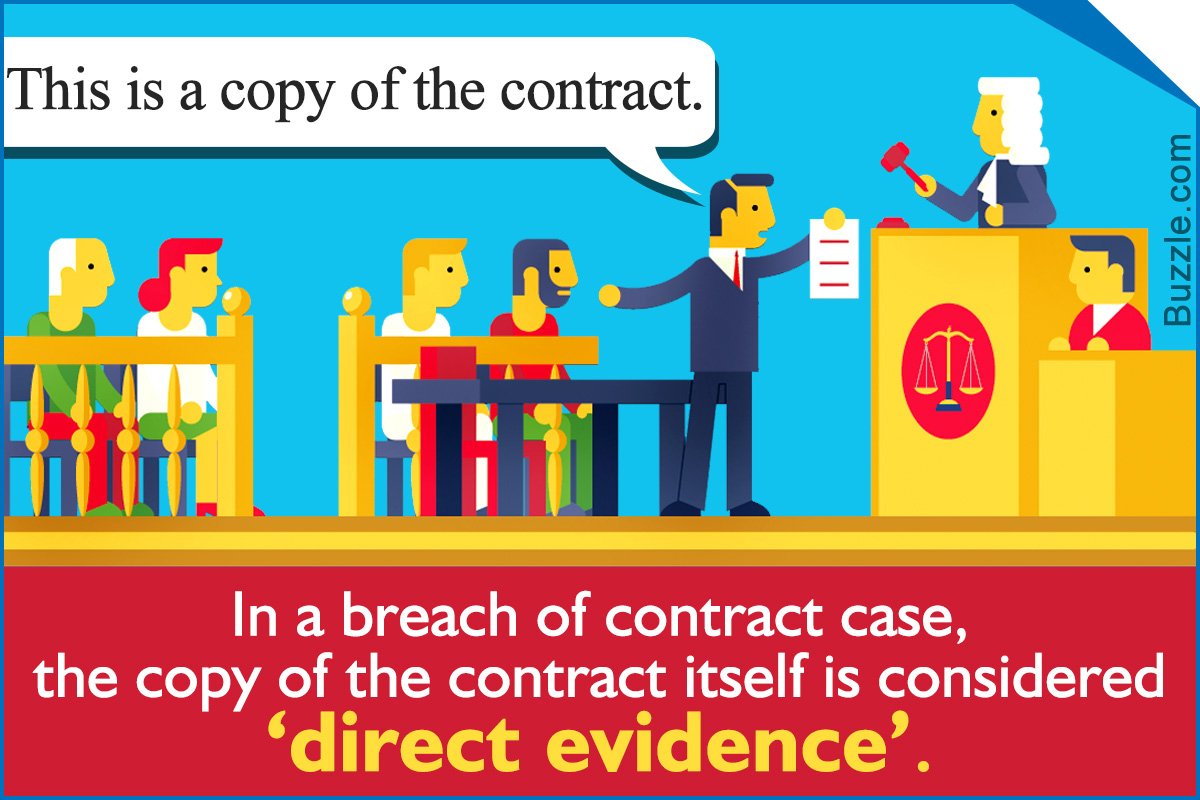 We will put forth a brief explanation about ‘direct evidence’, and at the same time also explain how it differs from ‘circumstantial evidence’.

Evidence is what decides a case in both, civil and criminal trials. It helps the parties involved make their case as to what happened and who should be held responsible for the happening. In the courtroom, evidence is anything that supports the truth, i.e., the guilt or innocence, as long as it is admissible in a legal proceeding. It can be the testimony of a witness, documentary evidence like a contract or will, or physical evidence in the form of some material object.

What is Direct Evidence?

In the field of law, direct evidence―as the name suggests―is any evidence that provides direct proof of the truth of an assertion. Simply put, it validates the assertion of guilt or innocence. The simplest and by far the most common example of direct evidence will be the testimony of an eyewitness.

Depending on who the witness is, the weight of direct evidence will vary. If the witness is a well-known and respected member of society, then his testimony will have a stronger influence on the jury than that of a witness with a dubious record. In either case, direct evidence is of great help for the jury, as it lessens the degree to which they have to infer whether it was the defendant who committed the crime.

As we said earlier, the most common example of direct evidence is eyewitness testimony. Let’s say, for example, you are walking down the street, and as you pass the alley, you see a man stabbing another man with a knife. In this case, your testimony will be direct evidence. Similarly, in an accident-related personal injury case, the testimony of a bystander who witnessed the accident take place will be considered as direct evidence.

The basic difference between direct and circumstantial evidence is that, the latter relies on inference or assumption. In fact, circumstantial evidence almost always has more than one explanation. If, for instance, one person’s fingerprints are found at the scene of a crime, it may mean, (i) he has committed the crime, (ii) he was there when the crime was committed, or (iii) he has nothing to do with the crime; his fingerprints were found there because he had visited the place earlier.

Elaborating on the example we discussed earlier, let’s say you are walking down the street, when all of sudden you hear a scream and see that a person comes running out of an alley. You go inside to see what has happened, and find a body lying there. In this case, your testimony―that you saw the accused running out of the alley, will be considered circumstantial evidence.