Most Dangerous Cities in the United Kingdom

Home / Uncategorized / Most Dangerous Cities in the United Kingdom

8.6 million crimes were reported in England and Wales in just a one year period that ended on March 2013.

Among all the countries in Europe, one of the most maligned nations regarding crime statistics is the United Kingdom. Some reports have even labeled it ‘The Crime Capital of Europe’. In fact, more offenses are registered in this country than other parts of the world like America, Canada, and South Africa. However, some argue that the system of registering offenses across countries differs, and that difference has not been taken into account when UK is compared to other nations like USA. For examples, the offense ‘violent crime’ in USA includes far lesser sub-categories than the same offense in UK, making comparisons between the two countries skewed.

The United Kingdom, being a popular destination for students and tourists alike, has a few towns where these individuals are at risk. It is like a microcosm of the world, having one of the largest concentration of Asians, African descent, and other minorities, along with people from many other communities. With a melting pot of so many cultures, the country is relatively peaceful, barring a few aberrations. In all the so-called violent towns of UK, some of the common aspects of life are poverty, drug addiction, and unemployment, along with alcoholism. However, the situation is changing, though most of these towns are victims of their old reputation, but that may not hold true anymore. Given below are the most dangerous cities in the United Kingdom, in no particular order.

London, the capital of UK, and one of the most beautiful metropolises, not only in UK, but the whole world, is still plagued by incidents of street crime. It is also unsafe for teenagers to some extent, as is indicated by the 2008 killing of 16 teens over a 6-month period. One of the strange facets of London crime is, while criminals world over stick to guns, thugs in London have a liking for knives. In fact, there is a knife attack every 52 minutes here, according to available statistics.

The Metropolitan police’s website states that, in 2013 alone, there were 148,088 acts of violence against individuals. Growing cases of pickpocketing are a cause for concern for tourists, while violent assaults may be less of a problem. It was also listed as one of the top ten dangerous cities in the world. According to a study, teenagers said they felt a growing need to carry weapons to ensure their safety. Burglary, robbery, and other violent crimes are dangerous problems faced by University students. Incidents of rape are another cause for worry in this city.

Glasgow is Scotland’s largest city, and famous for music and culture. Despite this, it is said to be the city with the highest crime rate in the UK. Homicide, weapon crime, especially knife attacks, have contributed to its bad reputation. It was once infamously called the ‘Murder Capital of Western Europe’. However, the level of safety in Glasgow is actually improving lately, as its crime rate, though significantly high, is much lesser than the statistics of the previous decade. The high crime rate is linked to the large number of poor in the city.

Belfast is Northern Ireland’s largest city, and was well-known as the city that hosted Harland and Wolff, the shipbuilders that built the Titanic. But it was also said to be UK’s third most violent city in a recent survey. The spate of murders and other violent crimes have increased over time. Burglaries also contribute to these statistics, along with mugging and rioting, though occasional. The city was infamous for rioting, until a peace deal (Belfast Agreement) was inked in the late 1990s between the British and the Irish governments. Several areas are still unsafe after dark.

Sheffield is a city in South Yorkshire, and one of the most populated districts in England. Despite being known for its culture, it has seen many cases of assault and robbery off late, though it is officially England’s safest large city. It has also made headlines for a spate of vicious attacks on foreign students, especially Chinese, though authorities have tried to assuage fears, saying that the city is relatively safe.

There are several violent areas distributed throughout the city, with knife attacks becoming alarmingly common. In the year 2012, there were 10.59 violent incidents per 1,000 people. The reduction in gang and knife related incidents off late has been credited to anti-gang awareness campaigns amongst the youth. Most of the crimes though are carried out by the members of disadvantaged communities.

Southampton is the largest city in Hampshire county, besides being a major port in England. Till a couple of years ago, it was regarded as one of the UK’s most dangerous cities, thanks to increasing cases of burglaries, assaults, especially knife attacks on foreign students and women, and vandalism. In fact, matters had come to such a point that knife attacks were said to occur every hour around the turn of the last decade. The average rate of violent assault is 42.4 per 1,000 people, which was much higher than the national average of 16.7 per 1,000 people. Increasing cases of sexual assault had begun to tarnish the image of the town. However, since 2010, things slowly seem to be getting better here.

Blackpool is a coastal city located in Lancashire county. It is a dangerous city, where the rates of violent assaults, burglaries, sexual assault, and domestic violence exceeds the national average. The city has been accused as being a ‘disposal site’ for criminals, drug addicts, and anti-socials. Blackpool has the highest numbers of alcohol related deaths in UK, and the second highest number of opiate and cocaine users. The city faces rising cases of mental illness, leading to the the highest rates of male suicide in the country.

Birmingham is England’s second most populated city, after the capital London. It is plagued by law and order problems like burglaries, mugging, attacks with guns and knives, and gang wars. Some areas are even considered a ‘no-go’ after dusk for white people. Controversially, some attacks have been blamed on migrants. The high rate of poverty in the city has forced youth from disadvantaged backgrounds to form gangs which attack each other regularly over drugs. 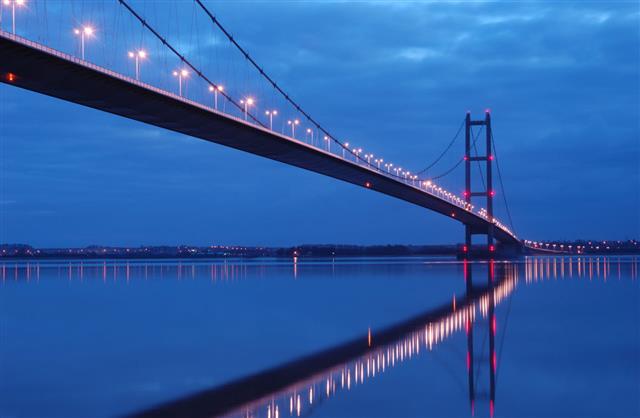 Hull is a harbor city that was once voted as the ‘Worst Place to Live in the UK’. Crimes like assaults, robberies, sexual assaults, and shootouts are responsible for its poor image. Its average crime rate is higher than the national average. By March 2014, the crime rates here were higher than the average of most other similar regions.

Leeds is the third largest city in UK, having one of the largest number of students in the country. It is also one of the most crime-hit cities of the UK, with a spate of violent attacks, robberies (especially on students), random stabbings, shootouts, and gang wars. Around a year gap, Asda at Owlcotes in Pudsey was found to be the most crime-hit spot in Leeds, accounting for 502 offenses. In 2011, Leeds was declared the third most burglary-hit city in the UK. Fortunately, the crime rate is gradually declining here since then.

Middlesbrough is a city in North Yorkshire county located in northwest England. It has quite a reputation for crime, with high rates of car theft, muggings, robberies, assault, street fights, besides others. In fact, the town’s reputation for violent crime is not unwarranted; till June 2014, of all the offenses lodged in Middlesbrough, violent crimes topped the list. Its crime rate has always hovered above other similar areas, except being less than Kingston upon Hull. This reputation had earned this city the title of The Worst Place to Live’ in the past. Drug problems are another aspect of the city’s troubled law and order system. 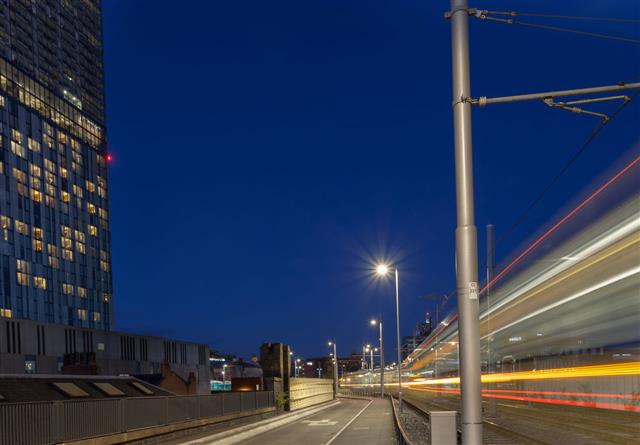 Manchester, located in northwest England, is world famous for being the home of Manchester United FC. It has been a victim of alcohol-related violence, violent assaults, street robbery, and vandalism, all fueled by a crunch in the police force. It is considered dangerous to go out in the city after midnight. Cheaply available alcohol and weekend drunk revelry have also contributed to the current lawlessness in this city.

Bradford is a part of the west Yorkshire borough, and is well-known for its close relation with sports. It faces regular incidents of car jacking, stabbings, riots, assaults, burglaries, besides being home to a large number of drug addicts and unemployed youth. It even topped a list of ‘No Entry Cities’ in the UK, due its reputation of being ‘ugly, boring, and dangerous’. It is infamous for being the site for some of the worst ever riots in UK, that occurred in 2001.

Swansea is a seaside city in the county of Wales, which is bearing the brunt of violent assaults, drug abuse, alcohol-fueled violence, street crimes, thefts, car jacking, and burglaries. The crime rate here is well above the national average of that of the UK. The large number of homeless people is another issue plaguing this city.

A point to note is that these are considered dangerous cities when compared to other places in UK itself. Obviously, they are quite safe as compared to some places like Somalia, Afghanistan, Iraq, and the like. There is however a silver lining to the situation here. Authorities believe that despite the high crime rate, crime in UK is, in fact decreasing. Some sources even state that it is at its lowest in 30 years. Having said that, most of the cities in the world have their good spots and bad ones. As travelers will tell you, integrating well with the locals and staying away from the shady areas, especially after dark, will ensure that you remain safe, even in some of the most dangerous cities, be it in UK or anywhere in the world.