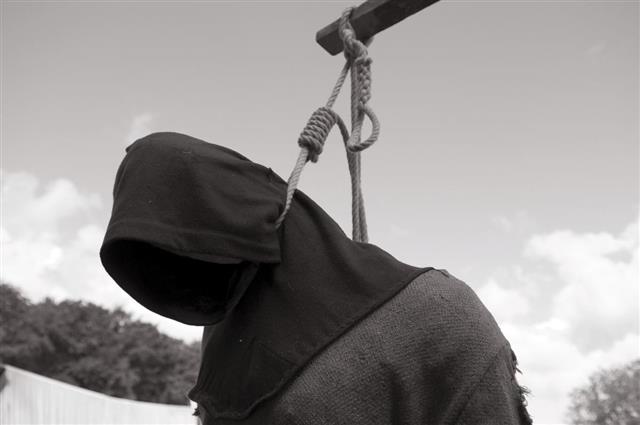 Capital punishment is the death penalty given by the government of a country, to people who have committed hideous crimes like homicide, rape, etc. Death penalty has been a way of punishing people since ages. Although there are some countries that have abolished death penalty from their law, there are still many which still practice the act of killing a person for crime.

Death penalty is prevalent in the US, Asian and Middle Eastern countries. Some of the ways of executing criminals are hanging, shooting, electrocution and giving lethal injections.

People have different opinions on the issue of death penalty given to a convict. While some think that death penalty is necessary for those who have committed a terrible crime, there are others who consider it as an immoral act that goes against the values of humanity.

A person who has committed a crime like killing or raping another person should be given death penalty, which is as severe punishment as the act. It is said that when a criminal is given a death penalty, it dissuades others in the society from committing such serious crimes. They would refrain from such crimes due to fear of losing their lives. This would definitely help in reducing crime rate in society.

If a criminal is jailed, he may again commit the same crime after being released from prison. Giving him death penalty would make sure that the society is safe from being attacked by criminals. It seems to be an appropriate punishment for serial killers and for those who continue to commit crimes even after serving imprisonment.

Some believe that instead of announcing life imprisonment for the convicts, where they would have to live a futile life behind closed bars, it is better to kill them. It is said that imprisoning someone is more expensive than executing him. Rather than spending on a person who may again commit terrifying crime, it is better to put him to death.

Death penalty is equated as revenge for pain and suffering that the criminal inflicted on the victim. Some people strongly believe that a person who has taken the life of another person does not have a right to live. Sentencing such a criminal can give relief to the family members of the victim that their loved one has obtained justice.

It is also important for the safety of fellow prison inmates and guards, as people who commit horrifying crimes like murder are believed to have a violent personality and may, in future, attack someone during imprisonment. These reasons emphasize the importance of death penalty for the safety and betterment of human society. However, there is another section of people who believe that it is an immoral and unethical act of violence.

If we execute a person, there will be no difference between us and the criminal who has committed the horrifying crime of killing another person.

Capital punishment is not always just and appropriate. Usually, it has been seen that poor people have to succumb to death penalty as they cannot afford good lawyers to defend their stance. There are very rare cases of rich people being pronounced a death penalty. Also, an individual from minority communities are more likely to be given death penalty.

Every human being is entitled to receive a second chance in life. Putting a convict behind bars is always a logical option than killing him, as there is a chance that he may improve. People who have served life sentences are reported to have bettered their earlier ways of living and have made worthwhile contribution to the society.

There is also a chance that an individual is innocent and is wrongly charged for a crime he has never committed. There have been cases where people were released after being given death sentence, because they were proved innocent. There are also cases where a person’s innocence was proved after he was put to death. Hence, it is best to avoid executing a person.

The question whether death penalty is a moral or an immoral act in a cultured society, does not have a definite answer. Whether to give death penalty to a criminal or not, may depend on his earlier criminal records and the seriousness of the crime he has committed. But, do we really have the right to take the life of our fellow human beings? 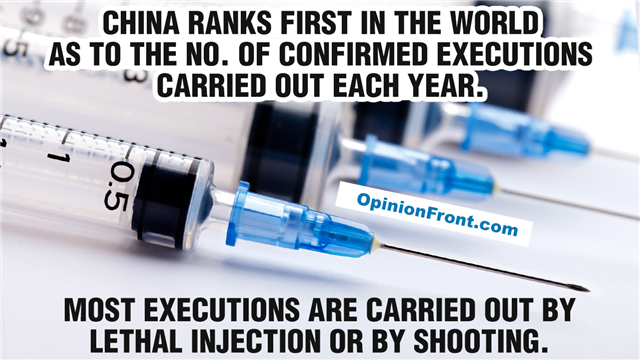