Pros and Cons of Legalizing Marijuana

The debate regarding whether or not marijuana should be legalized has gone up a notch with Washington and Colorado legalizing recreational use of the drug. We look at the various arguments that have been put forward by the supporters and detractors of the move. 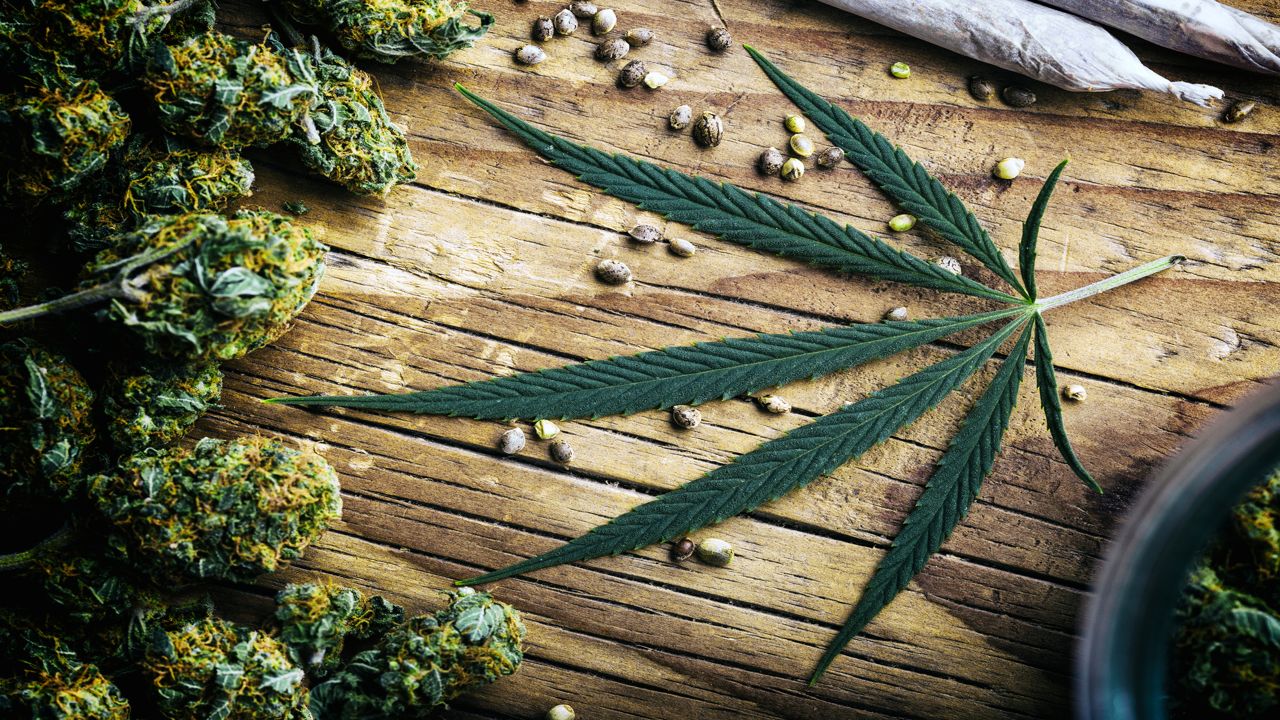 The debate regarding whether or not marijuana should be legalized has gone up a notch with Washington and Colorado legalizing recreational use of the drug. We look at the various arguments that have been put forward by the supporters and detractors of the move. 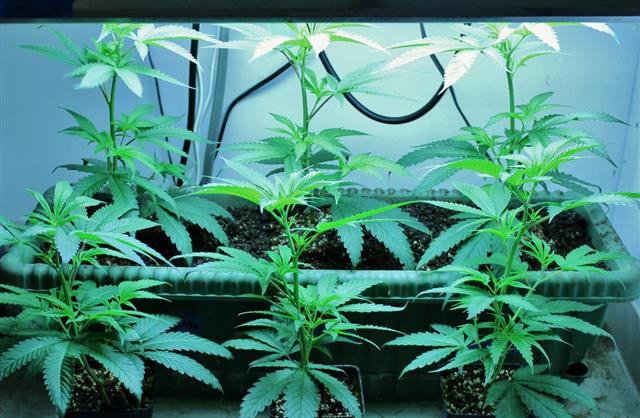 The attempts to legalize the use of marijuana in the United States began sometime in the 1970s. From then on there have been arguments made supporting both stances. Proponents often cite revenue generation as one of the main reasons why marijuana should be legalized. Detractors on the other hand talk about the negative affects that addiction to the drug can have. With legalization there is a possibility of increased consumption of the drug which is also a cause of concern.

In the past few decades, the supporters of legalizing marijuana have made a case for it citing the medicinal use of the drug, and they have had a lot of success. Washington and Colorado have legalized the recreational use of marijuana. Most states have decriminalized the drug for medicinal purposes and have replaced incarceration and criminal charges in favor of civil fines and drug education programs.

Marijuana Legalization in US States

The map shown below gives you a detailed division of where different states stand on the topic of marijuana legalization. 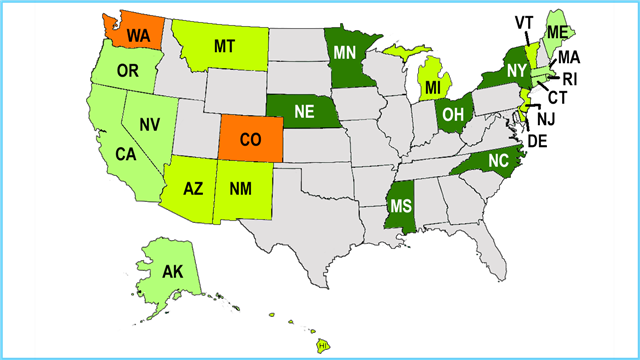 Despite the support that marijuana legalization is finding at the state level, the federal level still classifies it as a banned substance. According to Gonzales vs. Raich (2005), a 6-3 decision upheld the decision of the federal government to ban the use of marijuana in all forms. This decision is debated till date with increasing support for legalizing the drug.

The Pros of Legalizing Marijuana

According to a paper by Harvard economist Jeffrey Miron titled The Budgetary Implications of Marijuana Prohibition, the US government would save as much as $13.7 billion if it legalized marijuana. The government spends as much as $7.7 billion to enforce the prohibition of the drug.

With legalization, these costs would be cut down drastically. It would also raise revenue to the whereabouts of $6 billion on the tax imposed on the drug. This paper has been widely stated in the argument made in the favor of legalizing marijuana. In fact, more than 500 economists signed an open letter in 2012 addressed to the President, Governors and State Legislators to call attention to the paper, and urged the country to have an open debate about the consequences of legalizing the drug.

In 2010, the economist Stephen Easton estimated that if marijuana was legalized, the industry spawned would generate a revenue between $45 billion to $100 billion. This estimate took into account the amount of money it would take to produce and market the drug, and the approximate number of pot consumers. Considering that the illegal marijuana industry is worth as much as $36 billion, the estimate may not be too far off. Another statistic that supports this figure of revenue generation is that in California alone, marijuana crop is worth $14 billion a year.

Not only will legalizing create revenue but it will also create jobs. Take the example of weGrow, the hydroponic marijuana growing supply chain, which creates 75 jobs indirectly with every new store that it opens, according to the AZ Business Magazine. 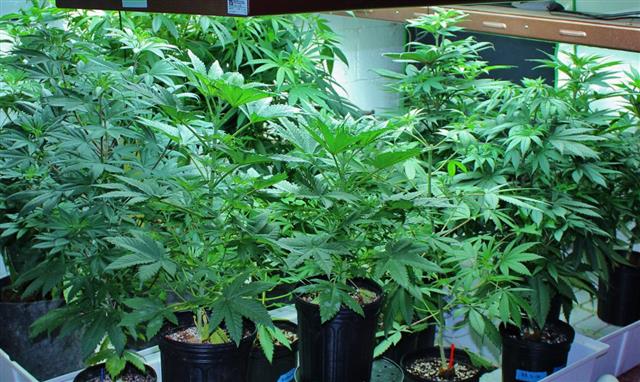 While under the federal Controlled Substances Act of 1970, marijuana is still classified as a Schedule 1 drug (drugs that have no accepted medical use), research shows that the drug could be useful in a variety of medical issues.

Other than these studies, there are anecdotal evidences that suggest that use of marijuana in restricted amounts can help with PMS, glaucoma, and even multiple sclerosis.

A huge concern that comes with the illegal drug trade is the quality of drugs that is consumed. Due to the illegal stamp attached to a drug like marijuana, the price at which high-quality cannabis sells is very high. With legalization, the drug will be farmed and processed mechanically. This will drastically reduce the costs of the drug. Presently, marijuana of very high quality is sold at as much as $300 for an ounce. With legal production in place, the drug will be processed for approximately $10 for 16 ounces. This would make the cost of the drug much lower even after inspection and packaging.

While there are concerns that lowering of price will increase consumption of high quality cannabis, the fact of the matter is that it is marginally better than the threat put forward by the consumption of cheap, low-quality marijuana, which can have the same negative effects as spurious alcohol. Legalization will ensure that the threat of this problem is reduced drastically.

The Cons of Legalizing Marijuana

One of the greatest worries that comes with the legalization of marijuana is the possibility that the consumption of the drug will increase drastically. Presently, Americans use marijuana three times more than the average at a global level. Legalization of the drug will bring in marketing by corporations, and according to some estimates, this will increase consumption by almost three times the current rate.

Another reason why there could be a possible increase in the number of people trying out the drug is increased social acceptance and easy access. While this may be considered a hypothesis, it is based on hard facts. When the Dutch legalized cannabis, there was a drastic increase in the number of drug users from a mere 15% in 1984 to a 44% in 1996.

While there are studies that talk about the several benefits that marijuana can have to treat certain disorders, there are negatives to the prolonged use of the drug. With legalization comes mass availability and increased consumption which can lead to the following issues.

As compared to harder drugs like cocaine, heroin, or crystal meth, marijuana is considered to be a soft drug which is less addictive and less harmful. But in several cases, there is a possibility that use of this drug can act as a stepping stone to trying out harder drugs. Keeping marijuana illegal makes it that much more difficult for someone to get addicted to it and be tempted to try out other stronger drugs.

With legalization of marijuana come several advantages and disadvantages. The revenue that can be generated by making this drug legitimate is so high, that you cannot dismiss the prospect without an honest and open debate.