6 Valid Reasons That Justify Why People Should Vote

Voting is one of the most crucial processes that is instrumental, both, in the functioning of society and its relationship with the government. There are a few important reasons as to why people should vote as part of the system.

Home / Uncategorized / 6 Valid Reasons That Justify Why People Should Vote

Voting is one of the most crucial processes that is instrumental, both, in the functioning of society and its relationship with the government. There are a few important reasons as to why people should vote as part of the system. 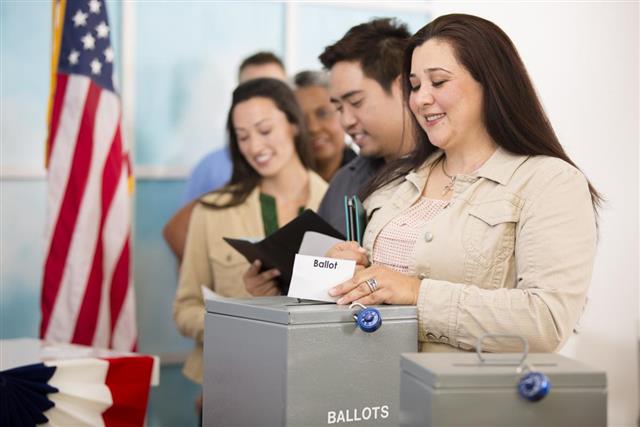 Lyndon B. Johnson (36th US President)
The vote is the most powerful instrument ever devised by man for breaking down injustice and destroying the terrible walls which imprison men because they are different from other men.

If you are one of those people who think voting is a complete waste of time, and keep on complaining about how the government which is in power is a total failure, then it is time you yourself realize the importance of voting, and do your bit towards enhancing the functioning of the government. Be it an election for a commissioner, governor, state official, legislator or president―it is the people of a nation who have the right to put forward policies that will affect the town, your job, your country, your taxes, and your overall life through the governing bodies.

This is the basic reason as to why one should go out there and vote. You have the right and moral obligation of choosing the elected members and the government that you want. Every citizen needs to put in his or her say as to who they want at the helm of things. Voting is a heard-earned privilege you should not take for granted.

Voting ensures that your opinion is taken into account while appointing the person who holds the reins of power. People who are elected have the power to formulate educational policies which are instrumental in shaping the future of children, and hence, the future of the nation itself.

Health care, highways, jobs, taxes, or even food―elected representatives have the power to take decisions over some of the most vital issues that affect our lives. So would you be comfortable in letting ‘anybody’ take over these powers, without exercising your right to vote? Voting is one of the fundamental processes which is instrumental in the development of a healthy democracy.

A low voting turnout eventually does not represent the true result that could have been. It may happen then a particular candidate or government comes to power, simply because its supporters turned out to vote in larger numbers, while those of the opposition didn’t bother as much. The results, in this case, though completely valid, won;t reflect the overall truer picture.

In a democratic system, voting simply translates to sending out the right message to the government. It is only fair that a non-performing government should be punished, and one that has been doing a good job be appreciated and voted to power. And this is the responsibility of every citizen of the country.

All those who say or feel that voting is a big task, think again. There are so many things we do everyday that take up so much more of our effort. Voting is one of the easiest things to do, so there should be no excuse as to abstain from this task.

The next time there is an election in your country, state or town, think of the people who are living under tyrannical dictatorships, or are under curfews and cannot exercise their right to opinion. Your right to vote is your right to expression and opinion. Do not take your right for granted. Try to appreciate the power of voting, by exercising it.