Role of Women in Society

With changing times, the role of women in society has acquired new dimensions. This article takes a look at some of the important women in history and the issues that challenge the women of 21st century.

With changing times, the role of women in society has acquired new dimensions. This article takes a look at some of the important women in history and the issues that challenge the women of 21st century. 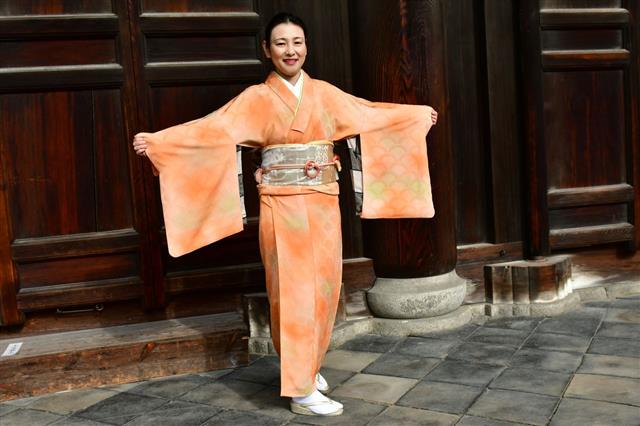 While we tend to think that the role of women in today’s society is as important as that of men when it comes to legal, educational, socio-economic, or religious matters,we often tend to employ different yardsticks. Traditionally, chauvinists have always looked upon women as inferior to men.

In the past, the norm was that men would work and women would stay at home and raise the kids, do the household chores, etc. Women did not have access to education, had no say in the matters that impacted them the most, and the role of women in marriage was insignificant, with parents selecting a groom for them. Altogether, the role of women in society was to make sure that they were obedient wives and caring mothers. They did not have an individuality of their own.

Women had to even fight for the basic right of being able to vote. They were given this right in the year 1918, but there was still a disparity between men and women. While the voting age for men was 18 years, it was 21 for women. This kind of gender discrimination was rampant in those times. Women started working in factories in the 19th century, but the working conditions were deplorable. They had to work for long hours and were given a meager pay.

The federal laws in the 1960s were in favor of women to a great extent. The Equal Pay Act of 1963 laid down guidelines that men and women should be paid equally, but women continued to face discrimination in the private sector. With time, a lot of people fought for women’s rights and today a lot of changes have taken place, but we still cannot say that gender inequality does not exist.

Politics was always thought of as a men’s game, dirty and not fair for the fairer sex. These assumptions made many governments of the 19th century to resist any efforts by women to play a part in the politics of their country. A long struggle by women led many thinkers to shed their reservations, and women were allowed to be a part of the government. The first female member of the United States House of Representatives was Jeanette Rankin of Montana in 1917. Miriam A. Ferguson and Nellie Taylor Ross became the first governors of the United States.

When Frances Perkins was chosen as a Cabinet minister, it ushered a new era for women in politics. Since then, a lot of women have made their mark in American politics, with Hillary Clinton, Condolezza Rice, and Sarah Palin being the important ones of our era. In the world politics too, women went on to hold high offices. Sirimavo Bandaranaike became the prime minister of Ceylon (Sri Lanka) in 1960 and successfully completed her five-year term. Indira Gandhi became the prime minister of India and held the office from 1966 to 1977 and again from 1980 till 1984, when she was assassinated.

Golda Meir was the prime minister of Israel from 1969 to 1974. She gained popularity as “Iron Lady” of Israel when she ordered Mossad to hunt down the perpetrators of the Munich Olympics massacre. Isabel Marnez de Peron became the President of Argentina upon her husband’s death and was in office for two years. Margaret Thatcher became the prime minister of Britain in 1979, and remained in the office for three consecutive terms. The western world was still more tolerant to women than the east, but it did not stop Khaleda Zia and Benazir Bhutto to head conservative Muslim nations Bangladesh and Pakistan respectively.

These were some of the world’s famous female leaders. The important role women played in shaping the political, economical, and social structure of their countries is laudable. Let us now take a look at the role of women in education.

Besides politics, women have also played a major part in the education sector. They have proved that they are in no ways lesser than men in attaining higher education. There was a time in early 18th century when women were told to withdraw from certain courses so that more men could be filled in. Educating women was looked as something which could be beneficial only for improving their personality, but getting an education for a job or entrepreneurship was out of question. But, the immense contribution women made to science and literature made even their staunchest critics change their opinions.

Marie Curie discovered the elements Radium and Polonium and won a Nobel Prize for this accomplishment. Maria Goeppert-Mayer, the famous physicist, helped the world know about the structure of the atom and was awarded the Nobel prize for her contribution to the separation of the isotopes of uranium. Dr. Sally K Ride became the first American woman to travel in space. Toni Morisson’s observation of the American life through an African-American perspective made her a household name in USA and was awarded the Nobel for literature. Out of the 41 Man Booker prizes awarded so far, 15 have been won by women.

Apart from politics and education, the role of women in other professions, like law, business, entertainment, healthcare, etc., is also commendable. While changing roles of women has ushered a new hope in the developed nations, women in the Third World countries have had limited opportunities. Attempts are being made by both the government and NGOs to do something for the uplifting of women and make the world aware about various women’s issues, but little has changed on the ground.

In the Indian sub-continent, especially in rural areas of India and Pakistan, the role of women is still restricted to household chores, and a vast majority of people still prefer a baby boy. This preference is not restricted to rural areas only and cuts across all socio-economic barriers. The condition is not any better in sub-Saharan Africa, with girls being sold in the flesh trade.

There is a lot of work that needs to be done to secure the future of millions of impoverished girls all around the world. While women in America may be a lot more fortunate than their counterparts in the Third world nations, it still hasn’t had a woman President. So, there is a lot of ground to be covered before we can lay our claim to be a land free of gender discrimination.