It's difficult to find statistics on accidents caused as a result of texting while driving for obvious reasons, and therefore, most organizations rely on questionnaires that help them to gage people's attitude about the hazard.

It’s difficult to find statistics on accidents caused as a result of texting while driving for obvious reasons, and therefore, most organizations rely on questionnaires that help them to gage people’s attitude about the hazard.

A newly coined term for a person who is distracted by texting while he is driving.

Statistical data on people who juggle with their cell phones and the driving wheel makes it obvious that this is an issue that needs some attention. If we are to go by the data put forth by the AAA Foundation for Traffic Safety as a part of their 2014 Traffic Safety Culture Index, more than a third of the drivers (36.1 percent) admit to have read a text or an email while driving in the past month. As if that was not enough, more than a quarter of them (27.1 percent) admit to have typed or sent a text message or an email while on the wheel.

What is more surprising, is the fact that 78.6 percent of drivers say that texting while driving is a very serious threat to safety, and 89.3 percent support the idea of outlawing it. It’s unlikely that people don’t know what they are getting into when they text while driving; after all, distracted driving is responsible for a large number of casualties every year. According to the National Highway Traffic Safety Administration (NHTSA), at least 3,154 people were killed and 424,000 people were injured in crashes involving distracted drivers in 2013. Despite that, people just can’t seem to resist the urge to use their cell phones even when they are on the freeway.

When you try to do two things simultaneously, it’s unlikely that you will do either of them properly. An apt example of this using cell phone while driving―a dangerous practice responsible for a significant number of accidents. With the increasing use of cell phones, our craving for texting has also increased. We can’t seem to resist the thought of attending and replying to messages―not even while driving. It’s but obvious that when a person engages in cell phone use while driving, he is unlikely to keep his eyes on the road or on road signs, and that, in turn, makes him vulnerable to an accident.

In a broad sense, the phrase ‘texting while driving’ encompasses reading text messages and emails, as well as composing and sending them.

What do Statistics Have to Say?

Implementation of stringent laws can help us bring down the number of texting-related accidents by a significant extent. At the same time, the onus is on the parents to make sure that their wards make wise use of both, the vehicle and cell phone. It’s easy to dismiss these statistics as exaggerations in a classic case of killing the messenger, but that won’t do much to solve the problem. These statistics will at least make people aware of the threat that texting while driving is. If they help us save lives, we ought to be grateful about it. 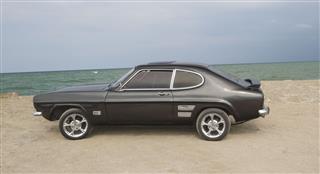 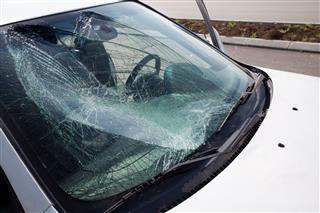