One of the most heinous political scandals the world ever witnessed, the Watergate scandal, which rocked the United States in 1970s, was a lesson for the political fraternity across the globe. 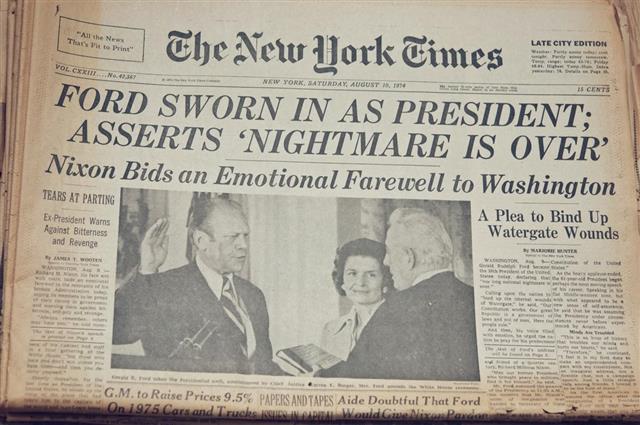 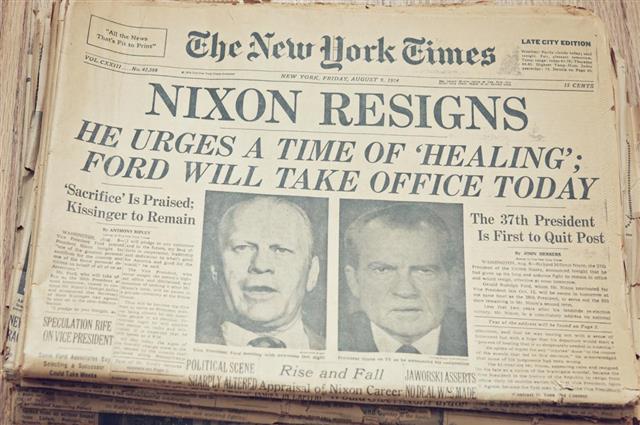 That the Watergate scandal rocked the United States in 1970s, would be an understatement. We are talking of a scandal which didn’t just make it to the headlines of almost all the dailies of the world for several months, but also changed the lives of several individuals, including the then US President, Richard Nixon, and several others from his administration. In fact, people who followed the scandal closely are of the opinion that it altered the history of American politics to a great extent.

It all started on June 17, 1972, when five men were arrested at the Democratic National Committee (DNC) office suite in the Watergate Complex. What initially seemed like an attempted burglary, turned out to be a heinous conspiracy, after investigations revealed that the five men were there to fix the bugs that they had planted a week earlier. Eventually, it was found out that these five men were related to the White House, then under the leadership of Republicans, and were hired to spy on their rivals, the Democrats.

Among these five men, was Jim McCord, Jr., a security man for President Nixon’s Committee to Re-elect the President. The investigators also found a diary containing the phone number of E. Howard Hunt, an intelligence officer and a member of the White House ‘plumbers’―a secret team of operatives working for the White House. Investigations that followed revealed that E. Howard Hunt and G. Gordon Liddy, the chief operative of the ‘plumbers’, were the masterminds of the first break-in.

Revelations started to crop up one after other, and very soon it was clear that a large spying organization was given the task of spying on the Democratic Party. A cashiers check earmarked for the Nixon re-election campaign was found in the account of one of the alleged burglars, which revealed that the funding for all these heinous activities was done by channelizing the campaign funds through several illegal ways. Later that year, Nixon won the Presidential elections by a huge margin.

Meanwhile in 1973, James McCord’s letter to the trial judge, John J. Sirica, exposed the involvement of some more individuals, including the former Attorney General, John Mitchell. One after another as the proofs started to come up, the involvement of President Nixon and many other members of his administration in the Watergate scandal became very clear. In July the same year, it was revealed that all the dealings made from the Nixon’s Oval Office over the previous 2 years were recorded on tapes.

After initial denial, President Nixon was compelled to hand over the tapes to the Supreme Court. However, a part of the tape, which was considered to be an important evidence, was missing. This raised eyebrows across the world. At this very point of time, the US Congress initiated the process of impeachment against President Nixon. Being aware that he had lost the support in the Congress, Nixon finally resigned on August 9, 1974. He was granted a full and unconditional pardon by Gerald Ford, who succeeded him as the President.

Although the Watergate scandal gave a serious blow to President Nixon’s image, he was the only conspirator who got away without spending any time in the prison. Nixon aides indicted by the grand jury included John N. Mitchell (the director of Nixon’s 1968 and 1972 election campaigns) and his aide, Robert Mardian; H. R. Haldeman (the White House chief of staff) and his aide, Gordon C. Strachan; John Ehrlichman (a former Nixon assistant in charge of the domestic affairs), Charles Colson (the former White House counsel), and Kenneth Parkinson (the counsel for the Committee to Re-elect the President) among many more.

Role of the Media and Deep Throat

A large part of the credit for unraveling the Watergate Scandal goes to the American media. The world of journalism saw new highs, as reporters from the Washington Post and New York Times investigated the various aspects of the US politics to expose the scandal. Reporters Carl Bernstein and Bob Woodward, who were on the forefront of the investigative journalism which followed, were helped by ‘Deep Throat’―an unknown informant from the FBI, to reveal the link between the five men arrested at the Watergate Hotel and White House. On May 31, 2005, the identity of Deep Throat was revealed after being under cover for 30 years. It turned out to be W. Mark Felt, an FBI agent who retired in 1973 as the Associate Director of the Federal Bureau of Investigation.

Many theories regarding the break-in at the Democratic National Committee office surfaced, but the actual purpose was never established. It was assumed that the five men involved in the break-in at the Watergate were looking for some specific information. One of the most complex scandals of all time, Watergate was full of lies, deception, back rooms deals, personal motivations, and dirty politics. Many believe that it was one of the most ill-famed chapters of the American history. However, it did redefine the role of media in the world of politics.