Are School Uniforms a Good or Bad Idea?

The debate, are school uniforms good or bad, has adolescents raising their voices against conformity, and teachers and many parents, singing praises for the uniform. This article illustrates both sides of the coin, so evaluate the reasons why are school uniforms a good or a bad idea, before you make up your mind.

Home / Uncategorized / Are School Uniforms a Good or Bad Idea? 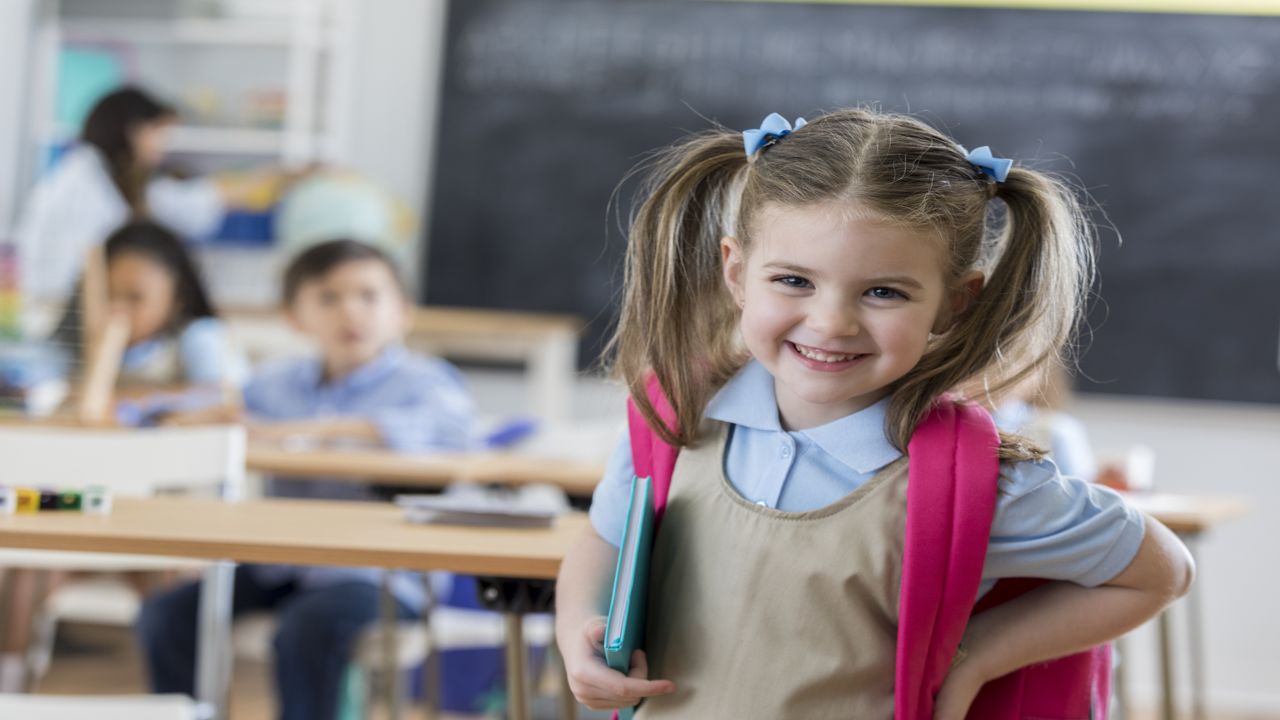 The debate, are school uniforms good or bad, has adolescents raising their voices against conformity, and teachers and many parents, singing praises for the uniform. This article illustrates both sides of the coin, so evaluate the reasons why are school uniforms a good or a bad idea, before you make up your mind.

“If it means that the school rooms will be more orderly and more disciplined, and that our young people will learn to evaluate themselves by what they are on the inside, instead of what they’re wearing on the outside, then our public schools should be able to require their students to wear uniforms.” – Bill Clinton, former President of the United States, Long Beach, CA

Pros of a School Uniform

If you are looking for an answer to ‘why are school uniforms a good idea’, or need to convince someone about it, these points present a good argument:

✔ School uniforms spare kids and their parents of the time-consuming, troublesome ordeal of picking out a set of clothes every day. During the rushed morning hours before school, picking out the right set of clothes, especially for girls, can take up a lot of time. Many kids would be happy to be rid of the hassle, and they can save their ‘good’ stuff for outings and weekends.

✔ Among the reasons why school uniforms are a good idea, the most strongly stated one is that they promote equality. Distinctions made on the basis of economic status are reduced. With everyone dressed alike, there is a hope that kids will judge others based on character instead of the clothes they wear.

✔ School uniforms can save parents a lot of money as they then only need to buy their kids casual clothes to wear on the weekends. Otherwise, parents need to constantly replenish their child’s wardrobe with the latest fashions, which can be very expensive. They would need to provide clothes for 5 days of every week plus weekends, sports and club activities. This can be economically taxing for parents, and the constant demand for new clothes will be very stressful. Uniforms are a special money saver during the growing years, when kids outgrow their clothes every few months.

✔ While bullying may not stop, use of uniform at least prevents students who aren’t dressed fashionably or according to the latest trends, from getting picked on for their choice of clothes.

✔ It prepares children for working life where they often need to wear uniforms, or at the least dress conservatively or follow a dress code. Also, the purpose of attending school is to learn, and anything (such as clothes) that take away from that goal, needs to be discouraged.

✔ Casual dressing leaves school administrators with the complex task of setting a dress code as well as monitoring students’ apparel. They need to check inappropriate clothing such as strapless, halter, and midriff baring tops and too-short skirts and shorts. They also need to keep an eye out for inappropriate insignia on the clothes, such as slogans for alcohol and cigarettes, and symbols such as the Nazi symbol or vulgar language.

✔ It promotes more safety on campus as well as on field trips. Outsiders are easily identifiable and it is easier to account for one’s own students.

Cons of a School Uniform

✘ Many people feel that uniforms are a method of reining in the creativity and freedom of expression of students, and passing on the message that conformity is important.

✘ Some parents feel that the safety of students is compromised by uniforms. In the events of natural disasters or emergencies, such as earthquakes, tornadoes, fires or terrorist attacks, it would be really hard for parents to identify their child from the midst of a milieu of similarly clothed children.

✘ Contrary to popular belief, even with uniforms on, certain children will get picked on by others. Cliques will still be formed and students will find ways (such as weight, complexion, financial status) to pass judgment upon their peers.

✘ School uniforms are very often unflattering, and it can damage a child’s self-image.

I hope these points will help you answer the question (especially if it is posed by one of your kids): are school uniforms good or bad? In my opinion, it is best to reach a midpoint. If schools implement uniforms, they should decide on semi-casual, comfortable clothing. They should also allow students to choose between a few options. It is understandable why schools want to institute uniforms. It is one way to maintain decorum and discipline, which schools require. Also, events in the past, such as the one at Columbine, where students were singled out partially for what they wore, have left everyone unnerved. There have also been thefts and murders over designer shoes. In the face of such ghastly events, uniforms may come across as the means to a peaceful end. However, I am here only to provide the argument. School uniforms: good or bad? You decide!