Shedding Some Light on the Indo-Pak Issues Other Than Kashmir 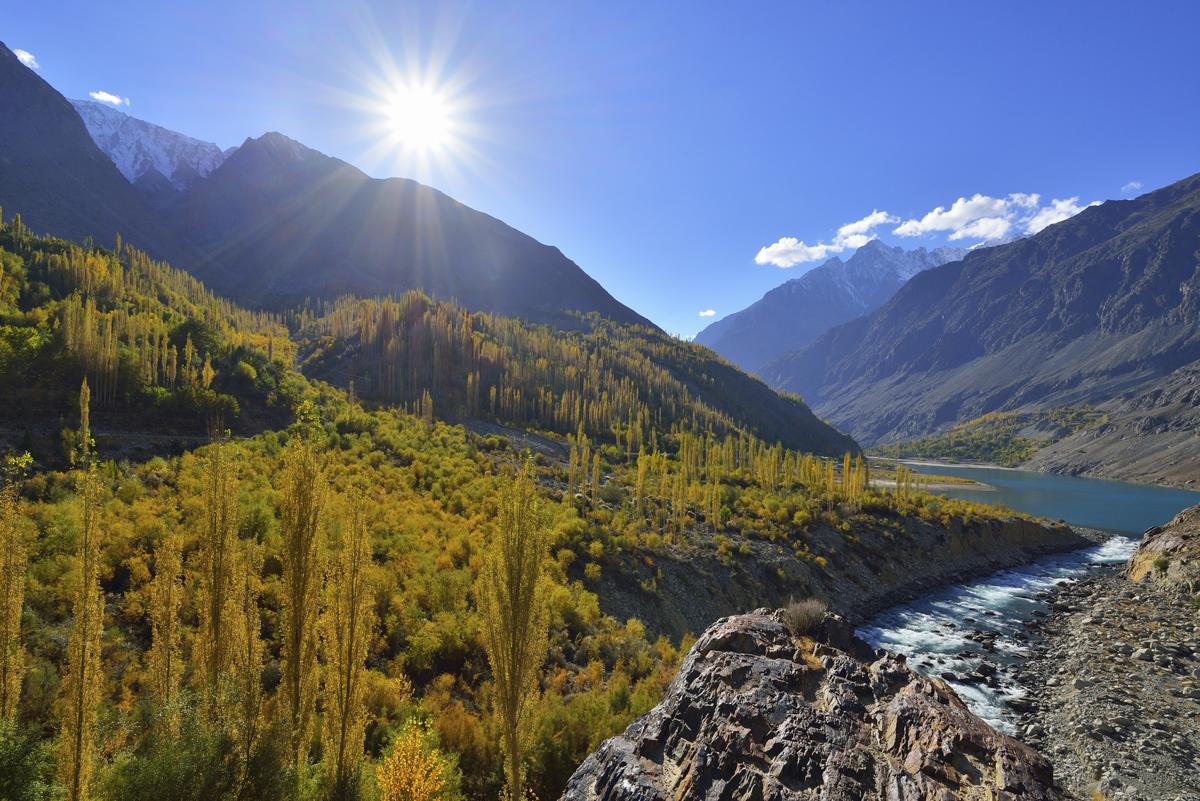 In October 1998, it was agreed to have Indo-Pakistan talks on the 2+6 formula i.e. the Foreign Secretaries of both countries would discuss Kashmir and peace and security, while the six other issues will be discussed separately by the other officials concerned.

The earlier stand of Pakistan was for having a working group on all eight subjects, while India insisted that Jammu and Kashmir could be discussed only at a higher level. The six subjects, which required to be sorted out without involving the Foreign Secretaries, were:

The Line of Control in Jammu and Kashmir terminated at the Saltoro Range in the northeast at a point named NJ9842. The areas north and east of this point had been under India’s control, before the Shimla Agreement forbade unilateral territorial alteration by positioning troops in the Saltoro Range. Pakistan charges that India has done this, while India’s position is that the area was under her control before the Shimla Agreement. Indian troops occupy the Saltoro Range along the 76 km Siachen Glacier in the west. India suggests a comprehensive ceasefire in the region, while Pakistan wants redeployment.

Under the Indus Water Treaty of 1960 unrestricted use of the eastern river water of the Indus system i.e. Beas, Raavi, Sutlej are assigned to India, while the western water i.e. Chenab, Indus, Jhelam belong to Pakistan. The Tulbul Project involves a barrage at the base of Wular Lake near Ningle on the Jhelum for navigation purposes. India contends that Wular barrage is not a storage project, but a control project, which is permissible under the treaty. The project will enhance lean season flow in the Jhelum, and make it navigable during October-February, beneficial to both sides. In 1992, a draft agreement for the construction, with New Delhi foregoing 0.30 m acre feet of its share of Jhelum water was prepared, but not signed.

Under the Law of the Sea Convention, India has to declare its maritime boundaries by 2004 CE. The boundaries with Myanmar, Thailand, Sri Lanka, and Maldives have been settled. The Bangladesh boundary is under negotiation.

In regard to the maritime boundary with Pakistan, the resolution of a dispute regarding Sir Creek―a sixty-mile long estuary on the Rann of Kutch separating Gujarat and Sindh―has first to be solved.

India’s case is based on a 1914 map, which shows the land extremities of the estuary, which should be extended on ‘normal nautical principles’ to the maritime boundary.

Pakistan contends that the outer limits of Sir Creek have been altered considerably over the years due to tidal interference, which shifted it eastward, and the sea space should be equally divided irrespective of the claims based on India’s long coastlines.

This is governed by international conventions. Only the implementation of such rules is required. Both India and Pakistan have ratified the UN convention on prevention of trafficking in narcotics and combating terrorism. However, joint action in such matters impeded by the strained political relations between the two.

Progress on these matters is slow. This very much depends on the improvement of relations between the two countries, which are presently at a low ebb.

There have been suggestions for a people-to-people approach in cultural and related matters. The exchange of visits across the Wagah Border, starting of the Indo-Pakistan bus etc., belongs to this category.

The Lahore declaration of February 1999, after the meeting between Prime Ministers of India and Pakistan, promised to ‘intensify efforts to resolve all bilateral issues including Jammu and Kashmir.’ The declaration held out hopes that the problems would be tackled in all seriousness, and acceptable solutions arrived at.

However, the Kargil intrusion by Pakistan in May 1999, and the subsequent ‘war-like’ situation set the clock back.

In April 2002, Pakistan objected to India’s construction of defenses over what it called the ‘working boundary’. Pakistan asserts that a section of the boundary from Point NJ9842 to Indira Col. in the Siachen Glacier, which is the actual Ground Position Line, is only a ‘working boundary’, and not an international one.

India has agreed to hold ‘Kashmir centered talks’ with Pakistan, if the cross-border terrorism is ended and the climate for dialog is created. India has modified its stance on holding only “composite dialog”, which has been the traditional stand on discussion with Pakistan.

A summit meeting between Prime Minister A. B. Vajpayee and President Musharraf of Pakistan held at Agra between 14-16 July 2001 did not have a successful outcome, as there could be no agreement on:

Subsequent developments after the terrorists attacks in the US in September 2001, like the terrorist attack on the Jammu and Kashmir assembly, the Union Parliament House, and the Kaluchak massacre have brought Indo-Pak relations to an all time low.

New confidence building measures were started in May 2003 when the P.M. Vajpayee extended the ‘hand of friendship’. Proposal to upgrade diplomatic missions in both countries have been brought into effect. Discussions on resumption of direct air and transport links are being pursued. Track II diplomacy with exchange of visit of parliamentarians from either side, resumption of Lahore-Delhi Bus routes are also taking place.

However, Pakistan has to modify its refrain that ‘Kashmir is the core issue’, if dialog is to have a chance.