Shocking! Facts About Gender Inequality That Will Stun You

Gender inequality has been a menace since ages, and also one of the causes why economies are lagging behind. The roles of men and women are often stereotyped by society, and they are expected to follow a predetermined path. Women have been oppressed since ages, and sadly, there is still more improvement to be done all around.

Home / Uncategorized / Shocking! Facts About Gender Inequality That Will Stun You 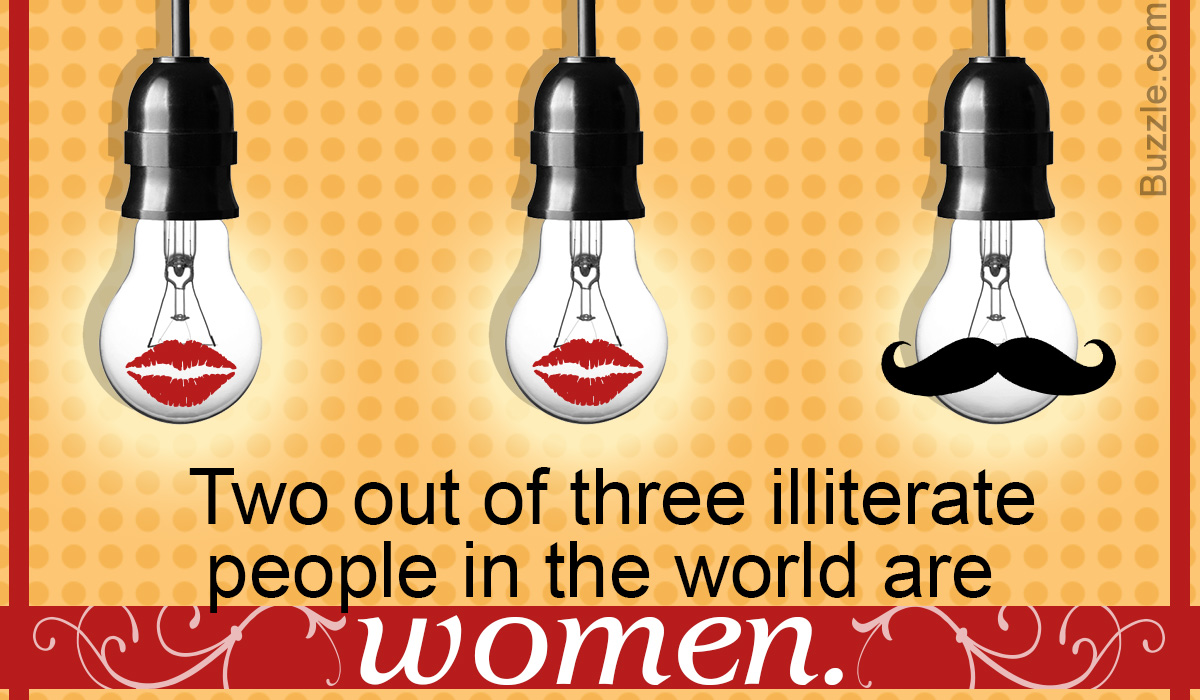 Gender inequality has been a menace since ages, and also one of the causes why economies are lagging behind. The roles of men and women are often stereotyped by society, and they are expected to follow a predetermined path. Women have been oppressed since ages, and sadly, there is still more improvement to be done all around. 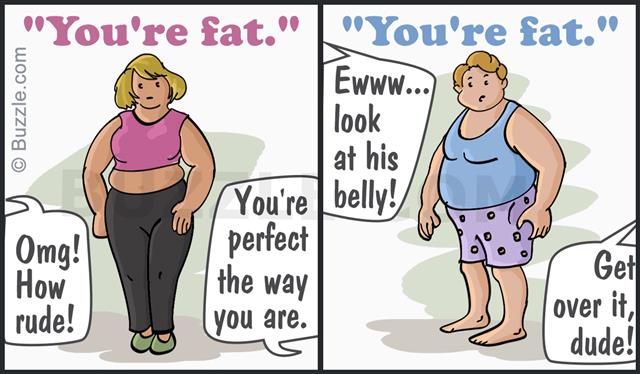 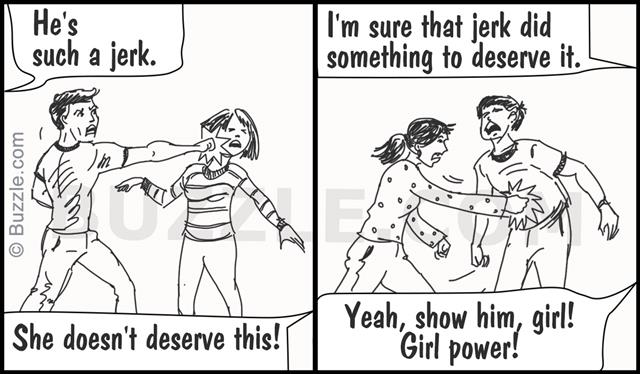 Emma Watson, of Harry Potter fame, is the brand ambassador for the campaign ‘HeForShe’ by the United Nations. Her speech given on September 20, 2014, at the conference was appreciated worldwide, wherein she spoke about gender inequality as an issue for both men and women.

When we talk about gender inequality, any amount of words will be less. It is indeed a complex subject, and no one can say for sure how it started and what are the roots behind it. Typically, in older generations, we used to see women as homemakers, and men earning the livelihood. Moreover, the services provided by women was considered to be secondary, and men gained more respect for their work.

Of course, things have changed very much, and we do see a wave of change in this attitude. Yet, we can say that we all have a long way to go. In addendum, every culture has different levels of gender inequality. But the fact is that it is still rampant in many places around the world, and a reason why economies are yet to improve. Women are often subjected to ridiculous restrictions in the name of their protection or social conventions.

In many parts of the world, women are considered to be a financial burden. The birth of a girl child is considered unwelcome by many. Female infanticide is common in some parts of the world. There are many dowry deaths in India, Pakistan, and other Southern Asian countries.

Gender Discrimination at the Workplace

Gender discrimination at the workplace is indeed common, and statistics indicate that women are still paid lesser than men. Though developed countries like the United States and European countries can boast of a better position of women in society, even they have traces of gender discrimination.

Many countries are yet to criminalize marital rape, and women continue to live a battered life under the name of social convention.

Difficult to Apply for Divorce

Women in Saudi Arabia are not allowed to drive. Religious conservatives hold that, it is imperative for a woman to be accompanied by a close male relative while traveling. Despite being highly educated, there are lots of restrictions for Saudi women. In fact, there are no changing rooms for women in shopping malls!

In Saudi Arabia and the Vatican City, women are not allowed to vote. But things are changing slowly. In Saudi Arabia, a new law passed in 2015 gives some limited rights for women to vote.

In El Salvador, a woman who suffered a miscarriage was jailed. Abortion is illegal in many countries. Shockingly, in some places, a rape victim is given punishment too for staying outdoors without a male relative. Also, in some cases, the victim is forced to marry the offender. Women are subject to honor killings in some parts of the world. Honor killing means, killing a woman because society thinks that she has brought disgrace to the family.

✦ As per United Nations Human Development reports, statistics for gender inequality on a worldwide basis are as follows.

✦ The Global Gender Gap by ‘The World Economic Forum’ for 2014

✦ As per statistics of UN Women (United Nations)

✦ As per World Health Organization (WHO) reports, around 125 million women were subjected to female genital mutilation/cutting in African and Middle Eastern countries. Sadly, this practice is carried out in the name of social convention to reduce the sexual desire of a woman. This is a highly atrocious practice, and indicates the height of gender discrimination. Also, this procedure is carried out on young girls whose ages are less than 15 years, which is highly inhumane. This puts forward many health risks for the women too.

✦ As per Inter-Parliamentary Union (IPU) records, as of May 1, 2015, women account for only 22.1% of the parliamentary seats worldwide.

✦ As per the International Trade Union Confederation (ITUC), the global average of gender pay gap was around 17% in 2009.

✦ Talking about Hollywood, for the year 2013, the highest paid actress Angelina Jolie’s earnings were around USD 33 million, as against the highest paid actor Robert Downey Jr’s whopping USD 75 million. This indicates the gender inequality in one of the most developed economies of the world, where women have much more freedom compared to other parts of the world.

Discrimination Against Men: An Ignored Fact

Society is indeed biased with both. Society undermines a father’s role in a child’s life. Men are often ridiculed if they show their emotions, they are told not to cry and always be the ‘tough guy’, with families often transferring the financial burden on him. There have been incidences of men being victims of domestic violence and very less statistics are available to indicate discrimination against men.

We all can see glaring a difference of how women and men are treated differently even in our everyday lives. As kids, our toys differ, with girls having dolls to play with, and boys inclined more towards mechanical games and sports. This stereotyping is often done by society, and the child grows up and thinks in the patterns as he/she is molded. While growing up, boys are taught not to display their emotions, whereas it is considered okay if a girl displays them.

When a child is born, he/she adopts the father’s name, and typically, after marriage, the bride adopts her husband’s name. Though this practice is reducing, it yet indicates how our society is patriarchal in nature.

Working women have to still assume the primary responsibility of the house, with men assuming ‘secondary’ roles in domestic chores. On the other hand, the financial burden of the house is often transferred to the men. In childcare, it is the mother who has to assume more responsibilities than the father. Also, society does not value the role of a father in the parenting process.

Women Paid Less and No Education

Women are paid less than their male colleagues at the workplaces, and it is often men who have to stay behind to complete the tasks at hand. Some laws meant to protect women are sometimes misused by women. In some cultures, it is considered important that the boy gets education instead of the girl in the family, especially in families suffering from poverty.

✦ Women are often considered as a liability of men. Men are supposed to tend to and protect women. This gives them a dominant and controlling position.

✦ Women tend to think that they are subordinates or inferior than men, since they have been taught to think in that manner since childhood.

✦ Education is one of the departments where women lack, since the society prefers educating a boy instead of a girl.

✦ In many family systems, the eldest male member is considered as the deciding authority. In short, the patriarchy system is often the culprit.

Do not teach kids to stereotype. Their toys, activities, etc., should not be differentiated on the basis of gender. Encourage women to be actively involved in sports and other physical activities. On the other hand, encourage boys to lend a helping hand at home.

Education should be primary focus, especially in the underdeveloped and developing countries. Household work should be valued and respected as much as office work. Women should venture more into business, defense, administration, and politics, and make their contribution to the global economy. It is important to bring out a psychological change in the thinking of society. Instead of defining gender-specific roles, it is important for the roles to be distinguished on the basis of requirements and capabilities.

After so many radical changes, it is still difficult to say whether men and women are finally equal. Both have a long way to go, and if they work hand in hand, gender inequality might diminish. Instead of playing the blame game, it is important that we come together as a team to form a better society.