The ‘Lost’ Girls of Asia

Despite a generation of young men coming of age in Asia who have no brides to marry, sex-selective abortion and female infanticide are still happening today in countries such as China and India.

Despite a generation of young men coming of age in Asia who have no brides to marry, sex-selective abortion and female infanticide are still happening today in countries such as China and India. 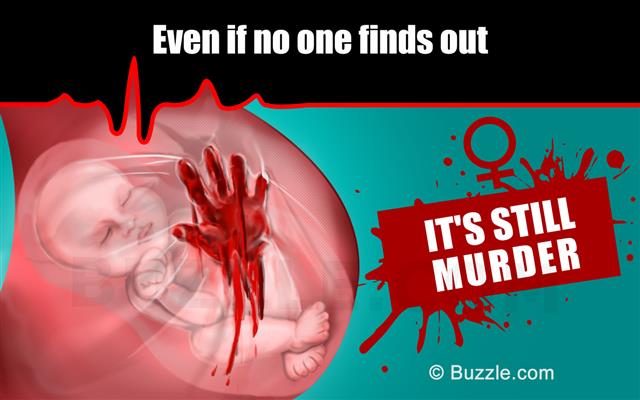 The recent discovery of a two-day-old baby girl buried alive in a field in India has brought the world’s attention again to a decades-old problem in Asia―the looming gender imbalance. Social scientists have long predicted a cultural catastrophe once the excess number of males reached adulthood and could not find mates. That time is now upon us.

The baby girl was discovered by a farmer, who saw her hand sticking out of the dirt. She was rescued and treated at a nearby hospital. Indian police discovered that her grandfather had buried her, hoping she would die. Abdul Rahman, 52, confessed to the crime, telling reporters, “I am yet to marry off four daughters and cannot take responsibility for a fifth one, even when she is only a granddaughter.”

Though female infanticide has been practiced for centuries in countries where a male child is considered more valuable, ultrasound technology has now made it easier for parents to choose not to have a female child―by aborting the fetus. And the discovery of this baby girl highlights the fact that, despite the growing imbalance of males to females in the coming-of-age populations, the practices are still going on today.

In China, the ratio of boys to girls in 2005 was reported as 118 boys born for every 100 girls (normally the ratio is about 104 boys per 100 girls), with some regions reporting as high as 130 boys to 100 girls. Similar numbers are found in India, South Korea, Taiwan, and Singapore. While these statistics may not seem significant at such low numbers, it equals a difference of tens of millions in the larger population.

After China instituted a strict one-child policy in 1979, it became very important to families for that one child to be a boy. New ultrasound technologies revealing the sex of the unborn child started hitting the mainstream in the mid-1980s, creating an environment in which parents could choose the gender of their only child. With no national health insurance in China, male children are expected to care for their parents in their old age. Combine that with the lowered socioeconomic status of women, and you have a recipe for the mass termination of females, if not before birth, then often shortly after.

In India, the issue is still a problem as well. A 2005 article published in Democracy at Large, by authors Dr. Meeta Singh and Vasu Mohan, detailed the situation in current-day India. The authors write that even though India has led the world politically in terms of rights for women, the country still holds on to deeply-held ancient beliefs that sons are more valuable.

In addition, though dowry customs were outlawed in India in the early 1960s, the practice still continues, with families either spending their whole savings or going into debt to marry off a daughter. Authors Singh and Mohan quote the idiom, that in India, “raising a girl-child is like ‘watering another man’s garden.'” According to the authors, a 2001 census shows that there are somewhere between 22 and 37 million ‘missing’ girls and women from the national population in India.

In China, millions of young, marriageable men will not be able to find partners. There is a word in Chinese culture for such men―bare branches, so named because they will not be ‘fruitful’ members of the family tree. “Twenty-five million men in China currently can’t find brides because there is a shortage of women,” said Steve Mosher, the president of the Population Research Institute, to reporters. “The young men emigrate overseas to find brides.” Some will actually buy them through marriage brokers.

Though many experts hopefully predicted that the shortage of females could help achieve the improved status of women, this has not been the case so far. Instead, women are being kidnapped from other areas, and prostitution and sex-slavery has risen. “Women are trafficked from North Korea, Burma, and Vietnam, and sold into sexual slavery or to the highest bidder,” said Mosher.

With predictions of future calamity if these practices continue (and they are), the governments of affected countries are making attempts to remedy the problem. In Japan, a country with a traditional preference for a male children, recent polls have shown that a majority of couples of childbearing age would prefer to have a girl. While no governmental program has claimed responsibility, social trends in Japan have changed to make parents feel that daughters would be more likely to care for aging parents, and carry on the social familial ties.

India has outlawed the practice of ultrasound to determine the sex of a fetus. In addition, programs have been implemented that allow for infant girls to be placed anonymously at agencies who will then arrange for their adoption or care at orphanages, and a recent governmental program involves depositing a certain amount of money into a bank account for a girl when she is born.

China too has outlawed sex-selective ultrasounds, begun a ‘Care for Girls’ campaign to try to raise the status of women, and offered financial help to families with girls, though the government has resolved to stay with its one-child policy until at least 2050.

William Ryan, an advisor for the United Nations who works with Asian populations, said to reporters, “Raising awareness is important. I think the effort to emphasize equality of the sexes and the value of women in society will help reduce the problem in the long run.”

“The implications [of not addressing the problem] are potentially disastrous,” said Mosher to reporters. “The answer is economic development, not restricting the number of people.”

While disaster might be too strong a word, there have been social ramifications which will only grow worse as the succeeding generations of young men face the same problem. It has been predicted that over 60 million men in China and India combined will be unable to find wives by the year 2020. The idea of millions of young, disenfranchised men with no familial responsibilities and cast to the margins of society does bring to mind possible social upheaval.

Rather than the missing females, the issue will then become the single men with no attachments, no families―the ‘bare branches’. Then they will be the ‘lost boys’ of Asia.