What Does a Ward of the State Mean?

As the name rightly suggests, the state is the guardian of a person who is declared by a court as a ward of the state.

Home / Uncategorized / What Does a Ward of the State Mean? 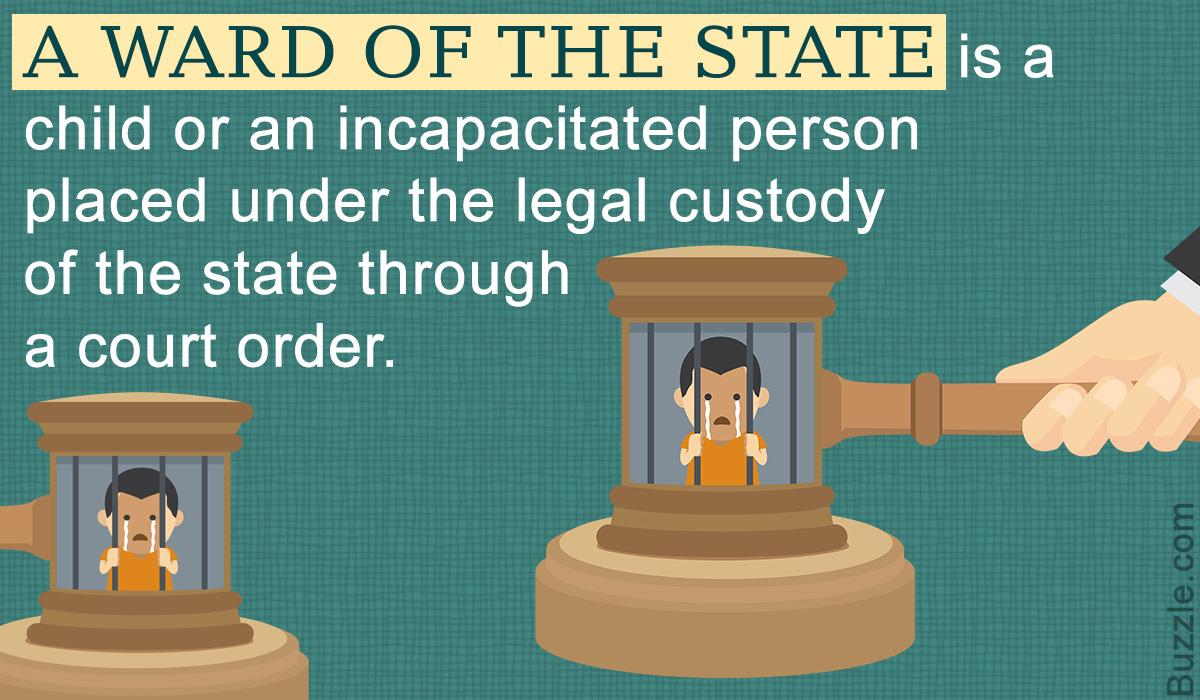 As the name rightly suggests, the state is the guardian of a person who is declared by a court as a ward of the state.

Marilyn Monroe was declared a ward of the state at the age of 11.

In the legal context, the term ‘ward’ is used to denote a person who is placed under the protection of a legal guardian, by a court of law. A ward can be a minor child, an incapacitated senior, or a disabled adult. If the court finds the person legally incompetent, it appoints another person to take care of the former. It is the guardian’s responsibility to protect the ward. In some cases, the court may take the responsibility of protecting a person who is found incompetent to manage his affairs. The court appoints a government agency to take care of that person, who is called ward of the state.

Ward of the court is another term that is used interchangeably with ‘ward of the state’, as it is the court which took the responsibility of the child or incapacitated person. Even after appointing a governmental agency to take care of the ward, the court retains the authority to take decisions on his behalf.

Wards of the State

Children who are in the custody of governmental agencies (through court orders) are often referred to as wards of the state. In such cases, the government has the legal authority to act in place of their parents and take decisions on behalf of the children. The legal term ‘loco parentis’ is often used in this context. This Latin term means ‘in place of a parent,’ and it denotes the parental status of the guardian and the responsibilities, duties, and rights with regard to that status. In this case, the state is in loco parentis with the child. Even those confined to correctional institutions by juvenile courts and those in foster homes are sometimes called wards of the state.

Earlier, only elderly people were made wards of the state, but nowadays, there is no such age limit. Apart from kids and elderly, people of any age can be made wards of the state, if they are deemed legally incompetent to conduct their affairs. A permanently disabled person can be made a ward of state, if he has no means to support himself, or if he is found to be abused or neglected by his family.

How Does a Child Become a Ward of the State?

How to Become a Ward of the State

Some people, especially kids, may become wards of the state, during the course of a litigation. In some cases, Child Protection Services or hospital authorities may get involved and report abuse or neglect of kids and adults, who are made wards of the state. The parents or relatives of a minor child may file a petition for making the child a ward of the state. In case of adults, the person himself or his relatives or well-wishers can file such a petition.

If you want to become a ward of the state, file a petition before the county court. Make sure you fill the relevant form, and provide details like the name and address of the person, and reasons for seeking such guardianship. File the petition along with the fee required. Attend the hearing and produce all the documents like medical reports. If the judge is convinced that the person is not able to manage his affairs on his own, he will make the person a ward of the state.